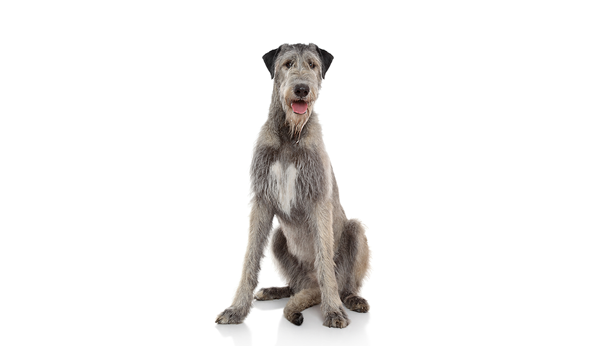 Every dog owner wants their dog to live a long and healthy life. Every dog breeder wants to provide a healthy and happy puppy to its new family. Canine health depends on sound practices from purpose-bred dog breeders as well as cutting-edge scientific breakthroughs in genetic health from the research community. Working together breeders and scientists can develop accurate genetic testing, sound treatments, and eventually cures for a variety of canine diseases.

With these goals in mind, Embark recently chose to fund cancer research through Morris Animal Foundation at Tufts University entitled Studying a Genetic Mutation in Osteosarcoma. Researchers are investigating how a tumor mutation affects treatment success for aggressive canine osteosarcoma. Hundreds of thousands of genotypes are collected at Embark and this project could complement future genetics research on bone cancer for a few large breeds. In fact, Osteosarcoma is one of the leading causes of death in Irish Wolfhounds as well as a major concern for Great Danes and Mastiffs.

Embark  hosted its first Canine Health Summit, a two-day educational online conference featuring research scientists, veterinarians, top breeders, and dog show judges. Because the Summit was free to participants, Embark took the opportunity to hold a fundraiser allowing attendees to donate to Morris Animal Foundation, a nonprofit organization founded in 1948 that invests in science to advance animal health. Embark pledged to match all participant’s donations up to $5,000 made during the Summit. Thanks to all who generously donated to this important canine health research project. The Summit fundraiser was such a success that Embark exceeded its goal and raised over $10,000 for Morris Animal Foundation.

A common theme of the Summit underscored the importance of collaboration and how everyone is a stakeholder towards success in canine health discoveries. Just as important as the researchers in the laboratory, and the veterinarians on the front lines, are the dog breeders, owners, and handlers who offer invaluable insights about the health, lifespan, and behavior of their dogs. If you missed the Canine Health Summit—which included panel discussions on diversity and population management as well as current topics impacting breeding, and canine genetic research—you can watch the videos here.

Back to the Canine genetics for dog breeders center