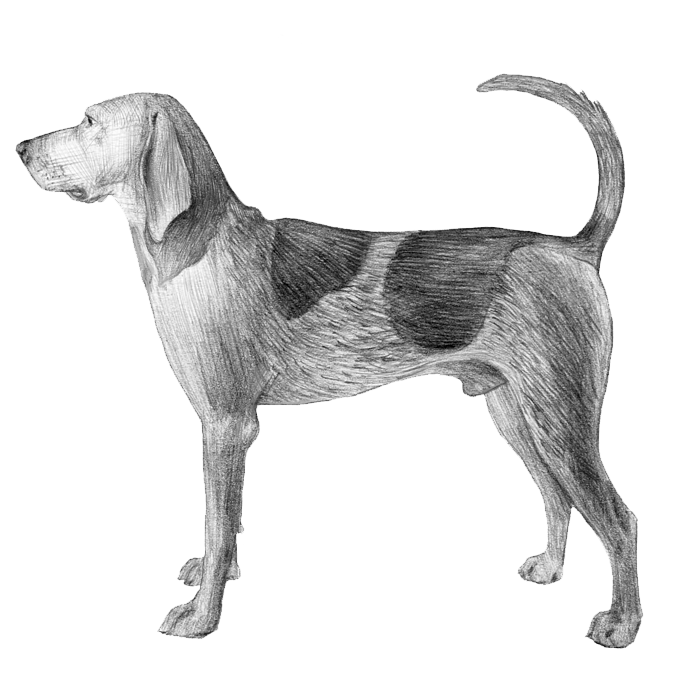 American English Coonhounds share a common history with many of the other Southern hound breeds. Their ancestors arrived mostly from England and Germany. They were mixed together with dogs that were already in America and were molded and bred over the years to fit the landscape and needs of the American South.

Historically used primarily to hunt raccoons, American English Coonhounds are still widely used for this purpose today and are seldom kept just as pets outside of the South. For active families, they can make good house pets provided they are given enough exercise. If cooped up, American English Coonhounds will bark and bark. Therefore, they need to be thoroughly tired out before retiring to the house for the day. They have a loud and melodious bark, almost like a howl, which they will be delighted to show off if given the opportunity. This makes them a poor choice for apartment dwellers. Their love of the outdoors and need for exercise makes them better suited to rural or suburban homes. They can live in the city if taken out extensively during the day, but they would be happier in a home with at least a large yard. The best home for them is one where they can hunt, though.

American English Coonhounds do well with children and other dogs, but they must be thoroughly socialized with smaller animals from puppyhood if they are to coexist with them. Due to their intense prey drive, if they are not made to understand as pups that cats and other small animals are friends, they may be quite reactive with them.