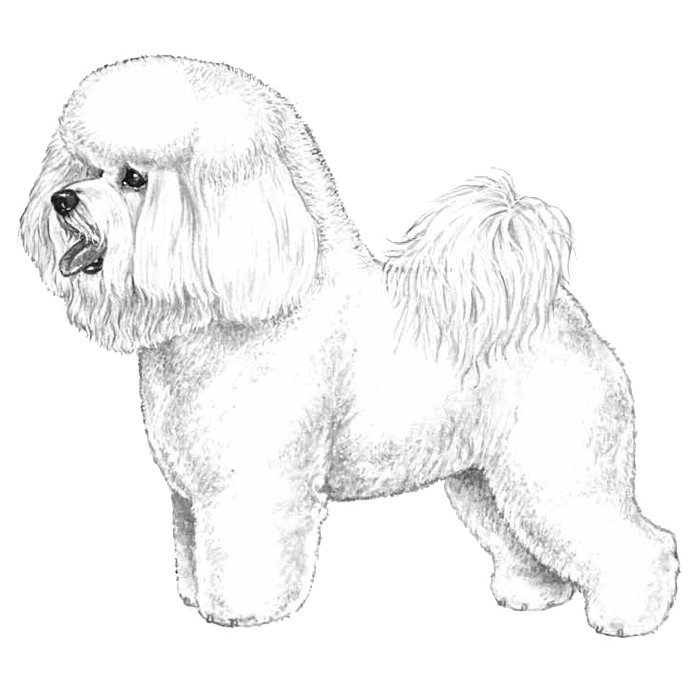 The Bichon Frise is a hypoallergenic, fluffy, white companion breed with a charismatic, cheerful temperament. Known for their clownish antics, the Bichon Frise can put a smile on anyone’s face.

On top of being used for bartering among Spanish sailors, their cheerful disposition and comfort around strangers allowed Bichon Frises to serve as ambassadors for sailors arriving at port.

Bichon Frise at a glance

The Bichon Frise dog breed is considered is a companion dog, a role in which they excel. Although the breed is small in stature, there is nothing small about its personality. Bichons have a reputation for being animated, perky, and cheerful dogs. This breed is good with adults, children, and other pets. Their alert nature makes them good watchdogs since they enthusiastically greet visitors.

Bichon Frises are considered dedicated family companions (being a hypoallergenic dog breed sure doesn’t hurt that!). Though they can be tough to train if you do not start them young, this highly intelligent breed is capable of dazzling owners with its surprising athleticism for a dog labeled “powder puff.”

Thinking of purchasing a Bichon Frise or already have one at home? This article has everything you need to know about taking care of your dog — from grooming tips to exercise needs. You’ll also find a list of genetic health risks Embark tests for that are relevant to this breed.

About the Bichon Frise

Throughout its history, the Bichon Frise has enjoyed the company of nobility and sailors alike. While the AKC did not recognize the Bichon Frise until 1972, this breed traces its history back through Europe for hundreds of years. Developed in the Mediterranean area, these dogs were popular among Spanish sailors (among whom they were used as barter) and Italian nobility as far back as the 14th century. Their popularity has fluctuated dramatically over the years.

They were popular in Henry III’s court during the Renaissance, and then their popularity petered out until the breed was picked back up by common people in the 1800’s. By the 19th century, the Bichon could be found performing in the circus along with organ grinders. Despite this long, winding road to the Bichon Frise we see today, they did not make it to the United States until the late 1950’s.

Although the exact origins of the breed are unknown, its early ancestors likely came from the Canary Islands.  Sailors would advertise Bichon Frise puppies for sale and use them to barter for goods. Their inquisitive nature, charming personality, and button-eyed appearance made them very popular throughout Europe.

The Bichon Frise is a small and sturdy dog, making it a great fit for apartments and city living. Most Bichons stand under a foot tall at the shoulder. The snowy white coat that gives the Bichon its powder puff appearance is a double coat consisting of a dense undercoat and curly outercoat.

While shedding for this breed is minimal, Bichons need to be brushed at least 2-3 times weekly to prevent mats from forming. A monthly bath and trimming are highly recommended. While some owners learn to groom their dogs at home, many prefer to take their dog to a groomer.

The Bichon Frise dog is considered moderately active, requiring daily playtime and/or several short walks daily. Once their exercise needs have been met, the Bichon is happy to calmly resume the role of a lap dog.

Obedience training and tricks come naturally to the Bichon, a dog who loves to perform. Bichons are often found participating in canine events like agility, obedience, and rally with their pet parents. Many Bichon Frises love the water and swim when given the opportunity.

Health and aging in the Bichon Frise

This breed typically lives an average of 14-15 years.

Do you own a Bichon Frise or do you think your dog might be part Bichon Frise? Learn more about your dog with Embark’s Dog DNA Tests, the most accurate on the market.

All About Hypoallergenic Dog Breeds