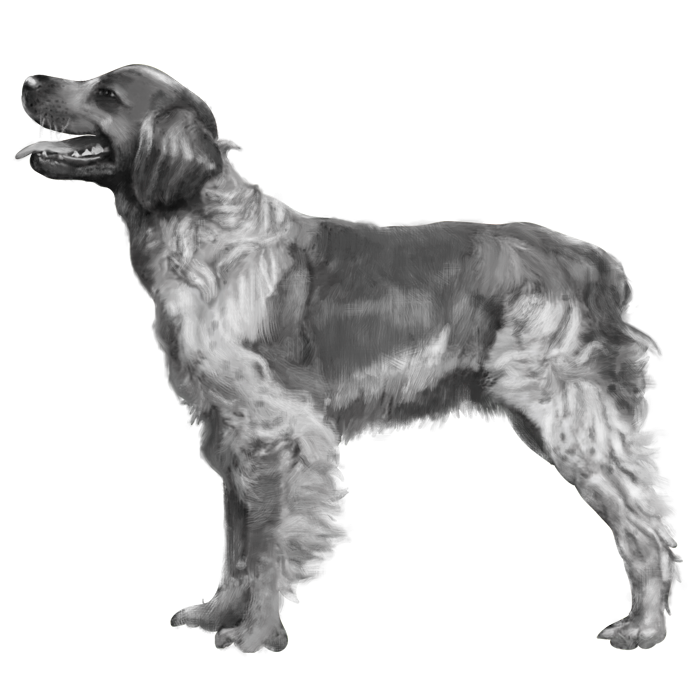 The Brittany has won more dual championships (dog titles in conformation shows and field trials) than any other breed, highlighting their versatility.

The modern Brittany dog originated in the Celtic northwest area of France called Brittany (or Bretagne) around the mid 1800s. This French region conducted commercial business with Wales for thousands of years and it is highly likely that dogs were part of trading. It is thought that due to this and their similar appearance, the Brittany and the Welsh Corgi shared common ancestors. Brittany’s are said to be a cross between a white and mahogany female owned by a French hunter and lemon and white males brought to the area for shooting by an Englishman. Of the two pups they produced, one was considered to have the requisite hunting ability and became popular in the area before becoming renowned among poachers as agile and willing hunters. These highly energetic gun dogs were first recognized by the AKC in 1934.

Brittanys are medium-sized dogs, whose behavior could be considered as hyperactive with a sense of eagerness to please their owners. This extreme level of energy and joy of life makes them a popular family dog whose enthusiasm alone often matches that of a full family. It is important to contain this potentially destructive hyperactivity with regular exercise. While being comfortable living in a house, this is a versatile, well-rounded sporting dog that also excels at hunting. The Brittany has won more dual championships (dog titles in conformation shows and field trials) than any other breed, highlighting their versatility. They are relatively sensitive to being disciplined and, thus, are quick learning hunters. Brittanys are generally orange and white coated, consisting of dense, flat or wavy hair. This breed is easy to groom; not shedding much and only requiring weekly brushing to remain in good condition. This impressive and sweet-natured dog ranks as the 24th most popular breed.