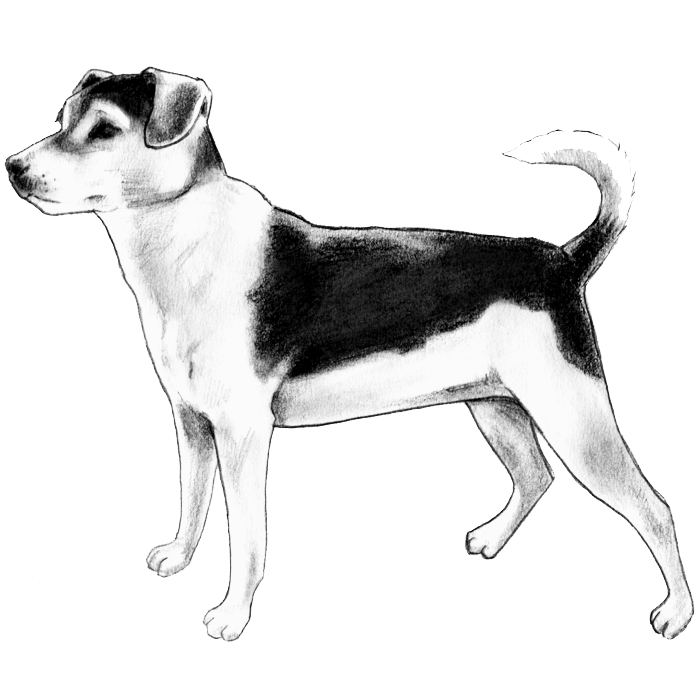 The Danish-Swedish Farmdog is a small-sized dog that packs a big personality punch.

Thanks to their trainability and fun personality, Danish-Swedish Farmdogs were sometimes used as sidekicks for clown acts in circuses!

The Danish-Swedish Farmdog is a small-sized dog that packs a big personality punch. Alert button ears, and a spirited upward curving tail punctuate this expressive dog’s intelligent interactions with family and friends. Often mistaken as terriers, these Pinscher relatives are active, friendly, and versatile dogs, flaunting coat colors including white and black, brown, fawn, or tan. Previously known as the Danish Pinscher, the breed was re-named as a tribute to the countries that saved it from extinction.

Farmdogs have a long history as working companions in both Denmark and Sweden with accounts as far back as the 1700’s. Their popularity took a downward turn, however, throughout the 19th and 20th centuries with the progression of industrialization. As people flocked to the cities, the Farmdog’s numbers dwindled critically low. The Danish and Swedish Kennel Clubs worked faithfully to revive this important part of their heritage, and in 1987 declared the dog an official breed. In 1998, some animals were imported into the United States for an official breeding program.

Once used for a variety of farm jobs, today these dogs can excel in disciplines including agility, K9 Nose Work, flyball, herding, and as therapy dogs. They are easily trained and will gladly tackle any obstacle, but they will also be a charming companion in the house. Farmdogs are great with kids, and will even tolerate the family cat and chickens with proper training.