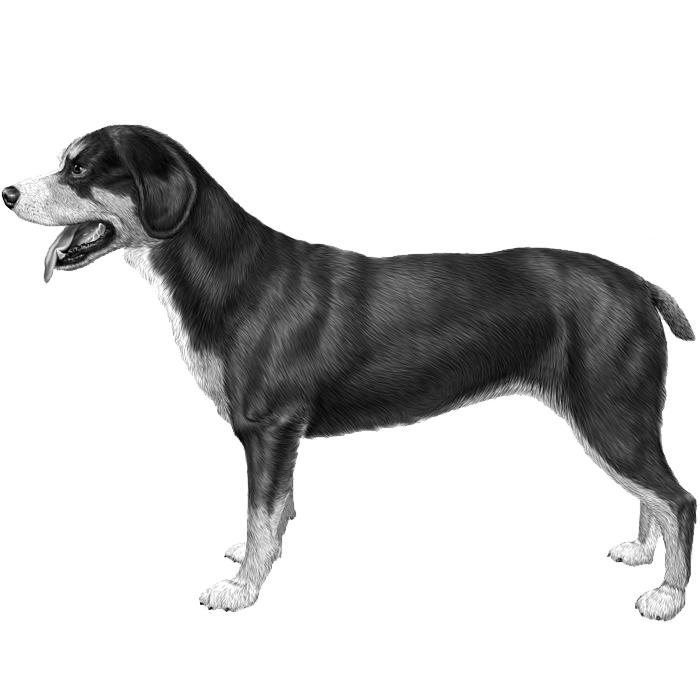 The Entlebucher Sennenhund or Entlebucher Mountain Dog is a medium-sized dog, it is the smallest of the four Sennenhunds, a dog type that includes four regional breeds. The name Sennenhund refers to people called Senn, herders in the Swiss Alps.

It wasn’t until 1889 that Entlebucher Mountain Dogs were differentiated from their cousin, the Appenzeller Sennenhund—even though the latter are considerably larger.

Entlebucher Mountain Dogs remain true to their roots as rugged and intelligent herding dogs. They are rarely kept solely as pets, though they do make good companions. Entlebucher Mountain Dogs are still mostly used by outdoorsmen in the Alps, and they need to be socialized early and thoroughly if they are going to be housedogs. They are intelligent and gentle but are suspicious of strangers. With their families, however, they are affectionate and loving and make excellent companions for children. They do well with other dogs and livestock, and they can do well with cats if they are exposed to them as puppies.

Given their history, Entlebucher Mountain Dogs will be happiest with an active family in a rural or suburban setting where they have ample opportunity to spend time outside and exercise. They are not well suited to apartment living, even with the best-intentioned owners—they require a good deal of physical activity.

While the breed is steadily becoming more popular outside of their native Switzerland, there are very few Entlebucher Mountain Dogs in the world. Because they are a rare breed, they will be difficult to come by unless imported from Switzerland (which involves considerable time and cost). Because they have historically had such a limited gene pool, finding a responsible breeder that completes all the appropriate genetic testing to avoid inbreeding is crucial.