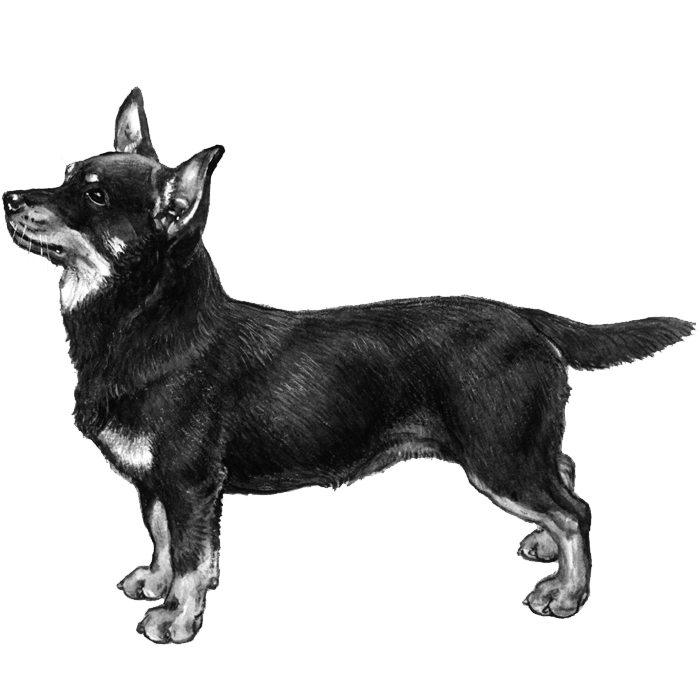 True to their history as working dogs, Lancashire Heelers are energetic, intelligent, and fun little dogs.

Lancashire Heelers are described as “talkative” which means they have a tendency to vocalize a lot. These vocalizations can include the classic barking but also other noises like howls, chirps, and groans. If you add a Lancashire Heeler to your family, be prepared for a dog that has a lot to say!

Lancashire Heelers are small dogs with a surprising job! Given their short stature, it’s hard to imagine that they were ever used to herd anything, but that’s exactly what they were bred to do in their native England.

While their precise history is still murky, they were definitely used originally as herding dogs in Wales. They also likely had a hand in developing other, short, herding breeds such as the Welsh Corgi. Lancashire Heeler clubs only started popping up un the United Kingdom in the 1970’s, and they are still a relatively rare breed today, and are in fact listed as a “vulnerable breed” by the Kennel Club in the United Kingdom.

True to their history as working dogs, Lancashire Heelers are energetic, intelligent, and fun little dogs. They have a lot of energy and require a great deal of exercise, but given their size they can still make very good apartment dogs as long as they are taken outside and given enough time to run around. They will be even happier in the suburbs or in a rural home where they have a yard to play in.

Lancashire Heelers, as previously mentioned, are still pretty rare in the United Kingdom, which means they are even rarer outside of their country of origin. Due to the relatively small number of Lancashire Heelers in the world, you may have a hard time finding a breeder near you. If you decide to add one of these energetic little dogs to your family, be prepared to embark on a thorough search and then likely travel to get them.