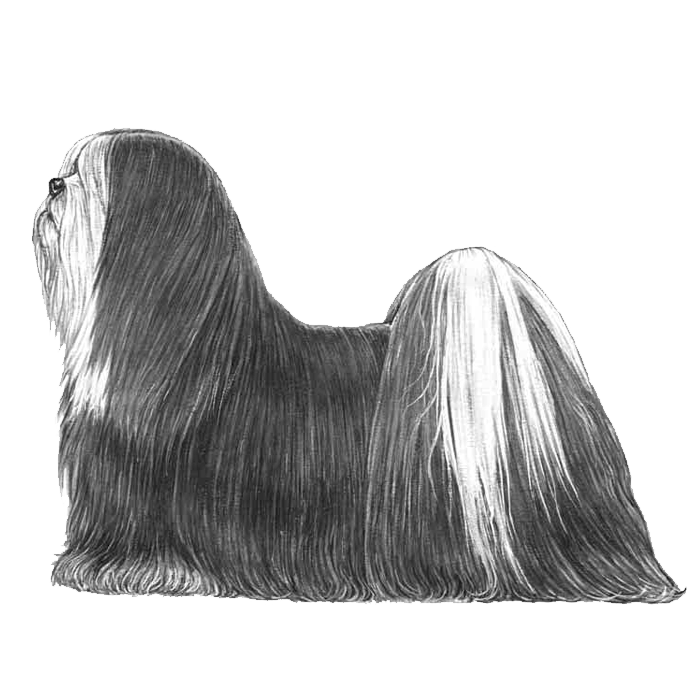 An independent breed, the Lhasa’s goal in life is not necessarily to please their master. The Lhasa Apso is a small, hardy breed with a beautiful cloak of hair that parts down the back from head to tail. Their temperament is unique: joyful and mischievous, dignified and aloof. Popular in the show ring, the breed also excels at activities that provide constant challenges, such as agility.

Of the 400 known dog breeds, the Lhasa Apso ranks as one of the 14th most ancient breeds still in existence.

The Lhasa Apso is originally from Tibet, where he was a highly regarded watchdog in the palaces and monasteries. Today’s Lhasa is no longer a palace guard but primarily a family companion who loyally protects his family from danger. Though small in stature, the Lhasa is a sturdy and independent dog.

Having been bred as an indoor monastery sentinel dog by Tibetan Buddhist monks, Lhasa Apsos are alert with a keen sense of hearing. The ideal Lhasa temperament is to be wary of strangers while being loyal to those closest to them. They can be very aggressive to strangers if they’re left untrained.

Coming from the extremely cold weather of the Himalayas, the Lhasa has a double coat: an under coat to keep them warm and an outer coat consisting of guard hairs for protection and aiding to keep their coat flat and smooth.

Routine brushing and bathing is necessary, not only to keep up on the slow continuous shedding, but to also remove any dirt and debris that may get caught within the hair strands. A lhasa with a thick coarse outer coat will likely require less grooming than a lhasa with a lot of under coat and soft, less coarse, top coat.

An Embark Dog DNA Test looks at the following health conditions in the Lhasa Apso: