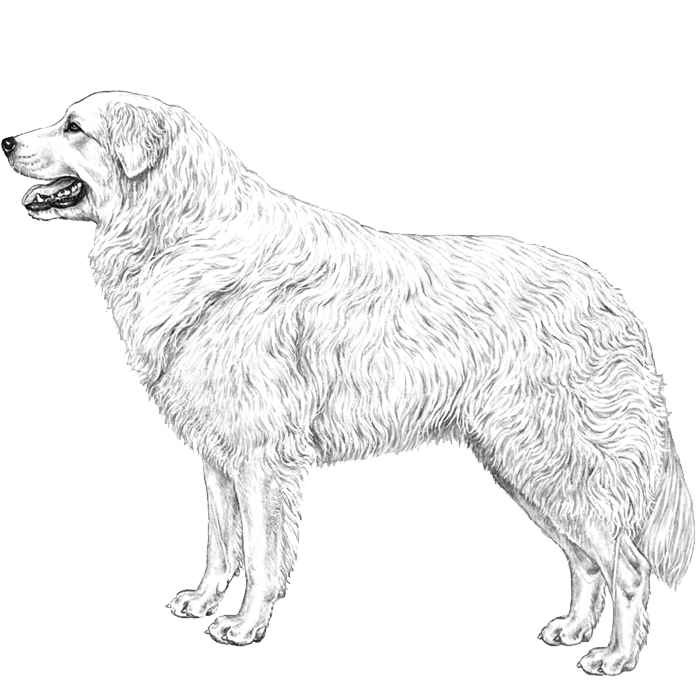 Maremma Sheepdogs are an ancient livestock guardian dog breed known for their serious but affectionate nature.

A Maremma Sheepdog named Oddball was used in Australia to protect a colony of little penguins from foxes.

The Maremma Sheepdog is an ancient breed, with depictions of Maremma-like dogs in artwork dating back over 2,000 years. They originated as a type of livestock guardian dog tasked with guarding flocks of sheep and protecting their owners. Because the Maremma had to be able to deter wolves that went after the flock, they are a large, muscular dog, and they take their job seriously.

Though the progenitors of the Maremma Sheepdog breed have been around for thousands of years, the breed itself was formalized in the late 1800s, and the first standard was written in 1924. The Maremma is still widely employed today to protect livestock (particularly sheep) in Italy, the United States, and Canada.

The Maremma Sheepdog is a working breed, and they are best fit for a home where they have a job to perform and space to roam. This breed bonds closely with its owners and may become protective of them around strangers, especially on familiar territory, so early socialization with visitors is key. Their watchful nature should never translate into aggression without reason, however. Despite the Maremma Sheepdog’s imposing size and serious nature, they are known to be affectionate and gentle dogs around the people they love.