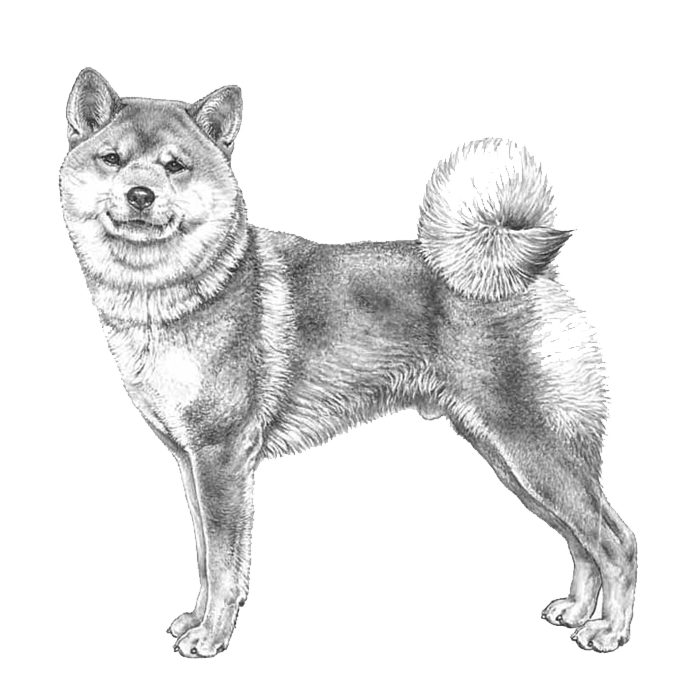 The Shiba Inu is the smallest ancient Japanese hunting breed. Saved from the brink of extinction after WWII, cute photos on the internet have popularized this proud breed.

A litter of Shiba Inus born in 2008 had a webcam looking at their pen live-streamed online. In a few weeks, millions of people had watched them a combined 377 years.

The Shiba Inu is an ancient Japanese hunting dog that was brought back from the brink of extinction after World War II and then exploded in popularity after becoming one of the first dogs popularized on the internet.

Shiba Inu, meaning brushwood dog in Japanese, is the smallest of the Japanese hunting breeds. According to official breed standard, Shibas possess “a spirited boldness, a good nature, and an unaffected forthrightness, which together yield dignity and natural beauty.” They tend to need little grooming as they keep themselves clean, licking their warm double-coat of fur like a cat.

While Shibas have been bred in Japan for centuries, the disruption and starvation of WWII combined with a distemper outbreak nearly resulted in the breed’s extinction. In 1947, three bloodlines of Shiba were saved and used to bring the breed back from the brink.

The Japanese formally recognized a Shiba breed standard in 1934, and the Shiba became a National Monument of Japan in 1936. The first Shiba was brought to America in 1954 by an American military family and was first recognized by the AKC in 1992. Shibas have a strong personality and some have dog aggression, so owners need to invest time and energy into their training.

The internet age brought a huge increase in interest in Shibas in the USA. The doge meme is just one example of a Shiba that went viral (videos of the dog behind the meme have been viewed 88 million times). Instagram’s most famous dog, Maru Taro, is also a Shiba.