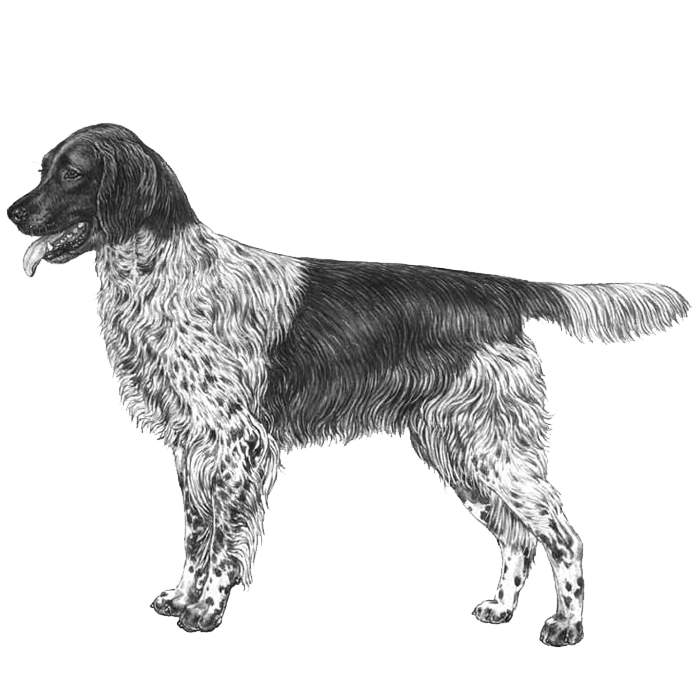 Renowned for its peaceful disposition, the Stabyhoun is a soft-mouthed retriever, a fine pointer, excellent tracker, and a good watchdog.

The Stabyhoun is found in historic literature from Joost Halbertsma, Waling Dijkstra and Nynke fan Hichtum dating back to the early 1800s. In earlier days they were used for hunting foxes, small game, and birds, but today this rare breed is also a multitalented companion dog. Renowned for its peaceful disposition, the Stabyhoun is a soft-mouthed retriever, a fine pointer, excellent tracker, and a good watchdog.

The Stabyhoun usually enjoys the company of other dogs and is good with children. They should be polite with strangers and not overly suspicious, but like all dog breeds, early socialization is key. As a dog originally bred for hunting, many Stabyhouns have a prey drive and should be closely monitored around other animals and small dogs.

Though the Stabyhoun is happy to curl up on the couch with you at the end of the day, this is a breed that needs physical and mental exercise to thrive. They’re a highly playful breed and may enjoy canine sports such as water retrieving and agility.

While on farms, Stabyhouns exhibited fine skills as a mole-catcher. During the hunting season, they were used as an all-around gundog. Today, the Stabyhoun remains a competent hunter, although British and German breeds tend to be more popular.