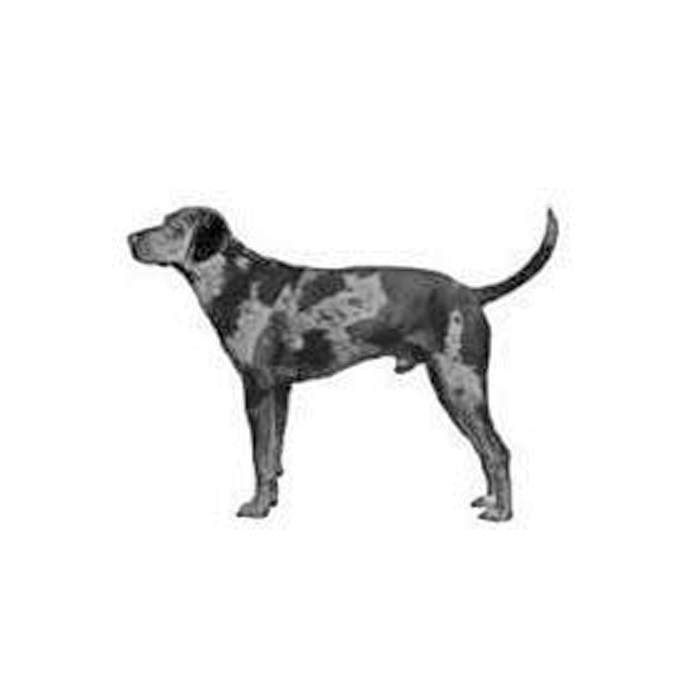 The American Leopard Hound is an affectionate and energetic scenthound believed to be one of the oldest treeing breeds in the Americas. As you may have guessed by the name, this breed is commonly merle-patterned, although they also come in red, blue, brindle, and other colors. Most American Leopard Hounds are working dogs.

The American Leopard Hound has extremely strong tracking abilities, and can often track their prey for miles.

The American Leopard Hound hails (as the name might suggest) from America, bred to hunt a wide array of animals such as raccoon, squirrels, and even large game such as bobcats! Though the American Leopard Hound’s origins are not distinctly known, it is thought that they were developed from dogs brought over to the New World by Spanish conquistadors– driving their ancestry back hundreds of years.

Playful and alert, this hound fares best in rural areas where they can exercise their energetic nature. Because they are both highly sociable and intelligent, the American Leopard Hound makes a fantastic family pet. They also fare exceptionally well in very cold and very hot weather, and tend to be welcoming of both canine and human companions in their lives.