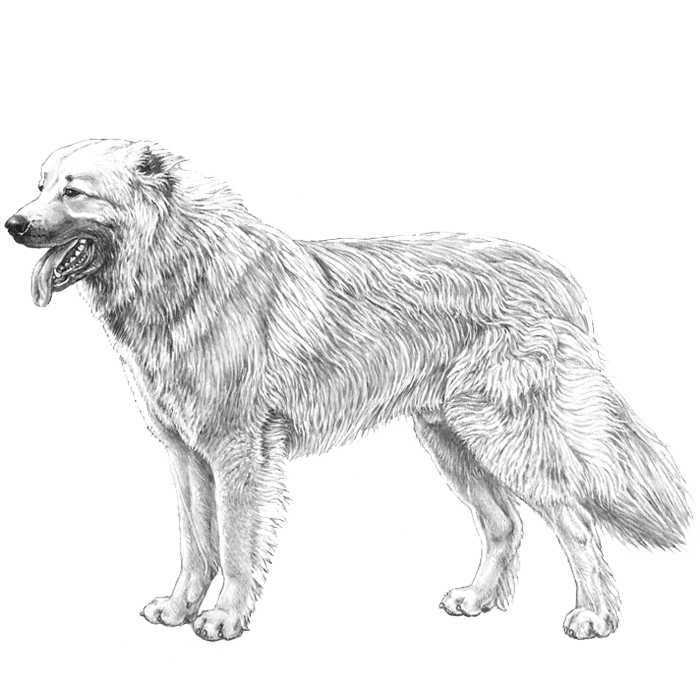 The Caucasian Ovcharka is a massive livestock guardian breed treasured for its loyalty, diligence, and serious nature.

Unlike most working breeds which generally get along with others of their own kind, Caucasian Ovcharkas are often housed alone because they tend to dislike the company of other dogs, even fellow Caucasian Ovcharkas, so intensely.

The Caucasian Ovcharka is a massive breed that originates from the Caucus region. They are most popular in Georgia, but variations of the breed also originated in other nearby countries such as Turkey, Armenia, and Azerbaijan. Caucasian Ovcharkas were originally bred to be fierce guardians of sheep, and they would defend their flock from fearsome predators such as wolves and bears. Although they were not officially recognized by kennel clubs around the world until the 20th century, the Caucasian Ovcharka is an ancient breed that has been assisting herders and shepherds likely for nearly 1,000 years.

It probably goes without saying that Caucasian Ovcharkas are not city dogs. They don’t tend to get along well with other dogs, or even other people outside their immediate family, and they would do very poorly in an apartment building or even a suburban neighborhood. While they are a little bit lazy when not actively guarding, they will react very quickly to any perceived threat – so don’t let their couch potato ways fool you! The Caucasian Ovcharka is an intimidating and serious dog for a very experienced owner.

While generally even tempered, Caucasian Ovcharkas require extensive and careful training when they are very young. Because they have a tendency to view all outsiders as intruders, they must be socialized thoroughly if they are to have contact with anyone outside the immediate family.

However, with the right owner and proper, extensive socialization, the Caucasian Ovcharka is a loyal, intensely loving, and diligent breed. Still best suited to rural living, they can be a wonderful family companion for a family who knows how to train and keep them properly.