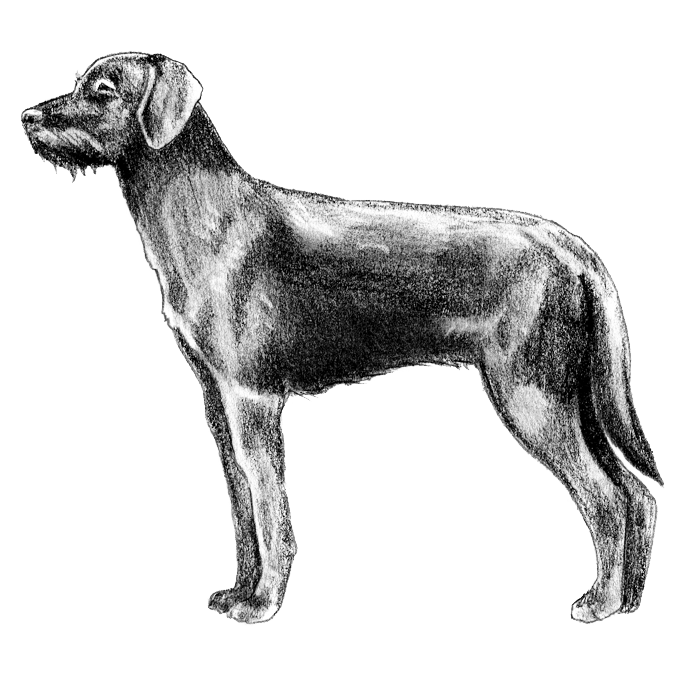 Cesky Fouseks are likely a very ancient breed, with history spanning as early as the 1300s, although written accounts of them by name don’t appear until the 1800s. As with many European breeds, they nearly became extinct in the 1920s because of the First World War; however, they were snatched back from the brink of extinction by dedicated lovers of the breed. They had a similar experience during World War II, but thankfully were once again saved from extinction.

Cesky Fouseks are most recognized by the fun little mustache that graces their snouts. In fact, their name loosely translates from Czech as “whiskered Czech dog”. They were historically used as hunting dogs, and they are still primarily employed for this purpose today—though they also make lovely family pets. The real struggle with Cesky Fouseks is finding one. They are extremely rare outside of their country of origin due mostly to their bloodlines being tightly regulated—breeders are sometimes reluctant to sell puppies to unknown individuals, especially if they won’t use them for hunting. And Cesky Fouseks should definitely be used for hunting. They are absolutely not suited to apartment living or even suburban living. They will thrive and be happiest in a rural home with a hunting family that will utilize their skills.

These are tireless dogs—Cesky Fouseks need a lot of exercise. They need extensive physical and mental stimulation and will need to run for many hours each day. If owners cannot provide that type of exercise, then a Cesky Fousek is not the breed for them.

With the right family, though, Cesky Fouseks make excellent pets. They get along well with other dogs and are devoted to their family. They like children and make very good companions for kids. They also can be trained to do well with cats if they are socialized with them from an early age. They are intelligent and easily trained, for they are willing to do what their beloved masters ask of them.

Vizslas are hunting dogs that make for an excellent companion dog - particularly for those that can handle this breed's high exercise needs.