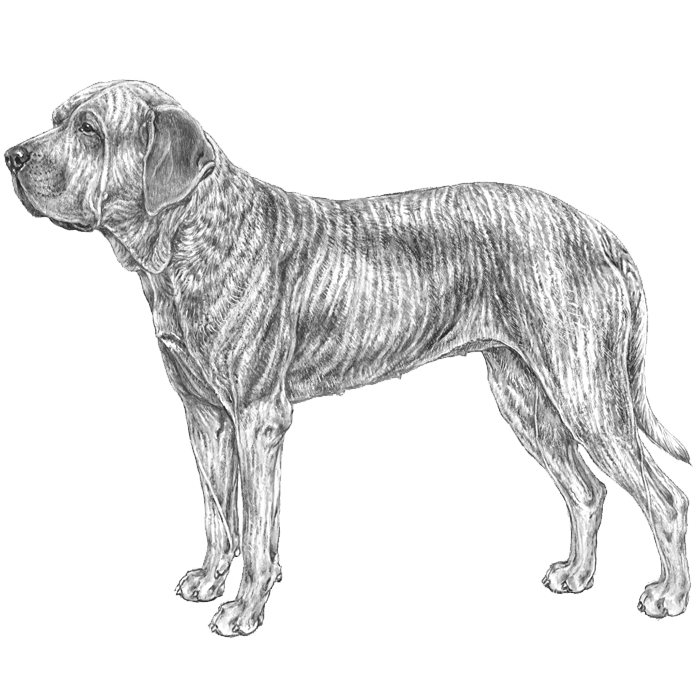 The Fila Brasileiro, or Brazillian Mastiff, is a Molosser breed from Brazil with fierce protective instincts. Historically, these dogs were adept at many tasks — acting as guardians for their people, protecting livestock, and even hunting jaguars.

Fila Brasileiros are so loyal that there is a Brazilian expression named after them: “faithful as a Fila” ,

Fila Brasileiros are a large Brazilian working breed. They are likely the descendants of English Mastiffs, brought over to Brazil in the 15th century, and local Brazilian dogs, such as the Rafeiro do Alentejo. Fila Brasileiros were tasked with the very impressive job of chasing away large predators, such as jaguars. They were also frequently used to capture slaves that had escaped. While they’ve been around for a while, the first breed standard for Fila Brasileiros was written as recently as 1946.

Fila Brasileiros are a very particular dog, and are not a suitable pet for 99% of potential dog owners. They have unusual, hyper-protective temperaments, which makes it nearly impossible for them to interact with anyone who is not a member of the immediate family. Fila Brasileiros should never be left unattended with strangers, even guests, as they will perceive them as a threat and act accordingly. Fila Brasileiros are extremely protective and must be socialized from early puppyhood and exposed to all manner of stimuli, including other people and other pets. It doesn’t really matter how well they are socialized, though, as even the most well socialized and trained Fila Brasileiro will still likely be aggressive with anyone who isn’t a member of their household.

Fila Brasileiros are a rural breed, no question about it. They are not city dogs (and in fact are not permitted in many cities across the world) and even the suburbs may be too cramped for them. These loyal and exceptional dogs fare best in a rural home, where they have plenty of space. They are not suitable for families that do a lot of entertaining, as they are not the type of dog to mingle with guests, begging for treats and pets. Most likely, they will need to be locked away when guests come over, which is a hassle if they come over a lot!