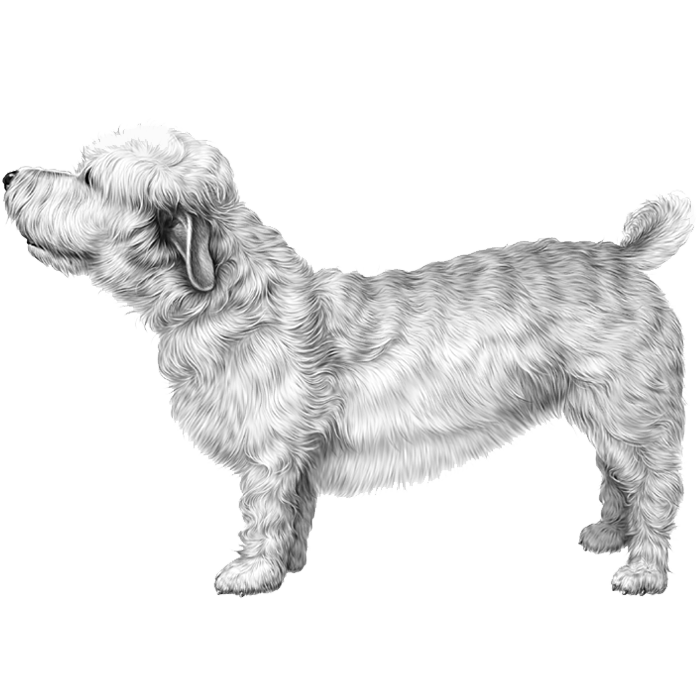 Don’t let the Glen of Imaal Terrier’s small stature fool you — this is a sturdy, spirited breed. These dogs originated in Ireland, where they were bred to hunt badgers and foxes, both of which outsize the Glen. This breed has the unique distinction of historically being used to rotate a turnspit (a device used to cook meat over a fire).

Glen of Imaals have a very funny and cute habit of sitting up on their hind legs, almost like a person would. This is referred to as the “Glen sit”—something that most Glen of Imaal owners know very well!

Glen of Imaals Terriers are a small breed of Terrier that hails from Ireland. Named after the Glen of Imaal, found in Count Wicklow, Ireland, these spunky little dogs were bred as ratters. They were first recognized by the Irish Kennel Club in 1934 and the American Kennel Club in 2004.

Glen of Imaal Terriers have a fascinating history, beginning with the reign of Elizabeth I, who hired French and Hessian mercenaries to quell a conflict in Ireland. These mercenaries brought their short and feisty dogs with them; eventually, they were bred with other Irish breeds. These breedings, which were likely both purposeful and accidental, eventually resulted in the Glen of Imaal. Glen of Imaals were bred to chase vermin in their own burrows, rather than simply barking to alert the hunter. Because of this, Glen of Imaals are one of the quietest Terrier breeds—Terriers are not known for being especially quiet. They gained steadily in popularity in the years before the First World War; however, after the carnage of both the First and Second World Wars, Glen of Imaals were brought nearly to extinction. Devoted individuals saved them as a breed, but they never returned to their pre-war popularity. Today, they are exceptionally rare dogs. In fact, there are likely fewer than 1,000 Glen of Imaals in the world today.

Short and long, Glen of Imaals are technically a dwarf breed of dog. They weigh significantly more than one might think, given how short they are. While they enjoy exercise and time outside, they are well suited to apartment living as long as they are taken out for regular walks. They will fare equally well in the suburbs or the countryside.

Glen of Imaals are a little calmer than most Terriers and get along very well with children. They are patient, loving, and intelligent, and they can adapt to a variety of situations with ease. They are welcoming of strangers and are pretty relaxed, as Terriers go. They don’t, however, get along well with other dogs. While not all Glen of Imaals are dog aggressive, some of them definitely are. If introducing Glen of Imaals into a multi-dog family, it is best to introduce them when they are puppies; however, continue to exercise caution when allowing them to interact with unknown canines.

Glen of Imaal Terriers on Embark