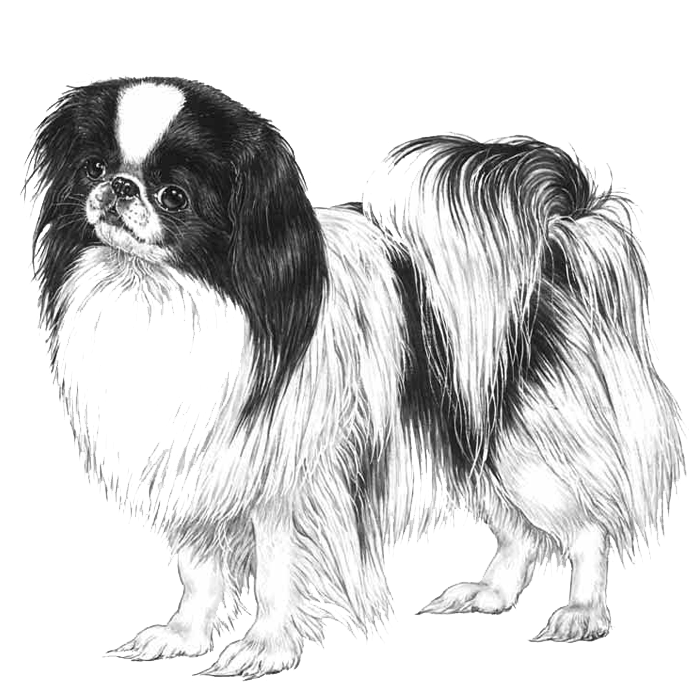 The Japanese Chin is a little breed that was born to rule the roost. Though Chinese in origin, these dogs were brought to Japan to serve as the companions of Japanese dignitaries. This is a loving dog that knows it is the real deal.

The Japanese Chin is an ancient breed that has only ever served as man’s best friend. It is believed these guys came from China to Japan during the 16th century. Once in Japan, they served as the loyal lap dogs of Japanese aristocrats. This is a spunky dog with many cat-like behaviors. They are loving, loyal companions until they don’t want to be. Chins can be coy and mischievous at times, but don’t let that deter you, this is the perfect companion dog. Despite their long coat, they only require weekly brushings. These are relatively quiet dogs with little exercise needs, so they are great for apartment living! This is the Japanese Chin’s world and we are just living in it.