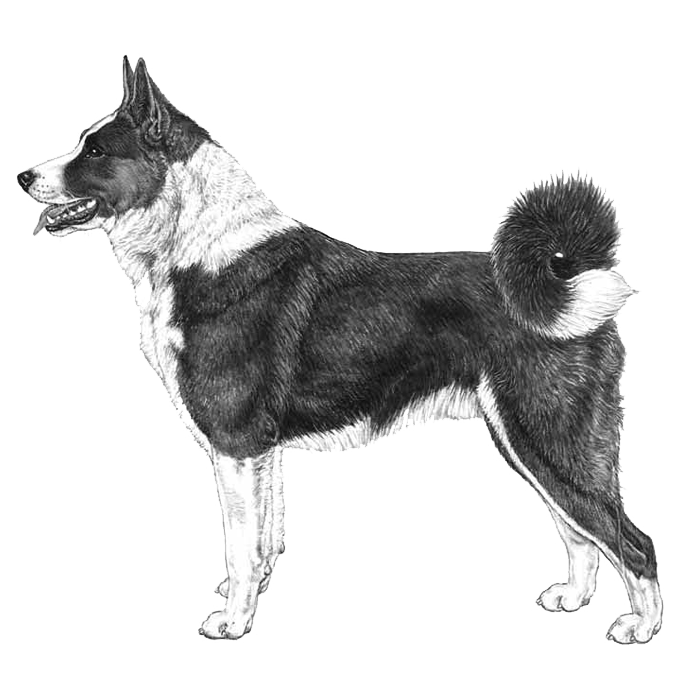 The Karelian Bear Dog is a Finnish or Karelian breed of dog. In its home country, it is regarded as a national treasure. Some United States national parks employ the use of Karelian Bear Dogs for one of the tasks they’re best at– bear control.

If you were to try and picture what a dog called the Karelian Bear Dog might look like, the image in your brain is probably very different from the reality. Karelian Bear Dogs don’t look like bears; they aren’t brown like bears or even large like bears. Surprisingly, they are medium-sized black and white spitz-type dogs, complete with the fox-like ears and curled tail. Originally from Finland, they are highly regarded as master hunters and got their name from their uncanny ability to hunt (surprise!) bears.

Karelian Bear Dogs have intelligent expressions and lovely features, which may fool you into thinking that these dogs aren’t formidable hunters. But they are! They have a very long history in their country of origin- even as far back as Neolithic times! According to various written and pictorial records, dogs that look very similar to Karelian Bear Dogs have existed for thousands of years in what is now northeastern Europe.

Nowadays, Karelian Bear Dogs are used primarily as hunting dogs, though they are kept as pets as well. They are even-tempered dogs that really love their humans. They are intensely loyal and devoted to their owners, so Karelian Bear Dogs aren’t a great choice for owners who don’t have the time to dedicate to a dog that doesn’t like to be left alone. They can suffer from separation anxiety if separated from their humans for too long, so if you work long hours and don’t have someone to care for them while you’re away. Karelian Bear Dogs aren’t great with other dogs, so they also won’t be a good choice if you already own other dogs or plan to in the future. They do, however, love children (especially children who they are raised with from puppyhood) and are not generally aggressive to people.

Due to their history as serious hunting dogs, Karelian Bear Dogs will do best in a rural or suburban home. They can adapt to apartment living, but it really isn’t ideal, so think carefully if you live in the city- they will need an extended amount of “outside time” and exercise in order to make good pets. It is also a good idea to socialize them with other animals in the home from a young age, due to their hunting instincts.

If you’re an outdoorsy type of person who wants to add a dog to your family (and only one!), Karelian Bear Dogs could be a great choice! They aren’t easy to find in the United States, though, so you might have to do a little digging, to find a breeder. 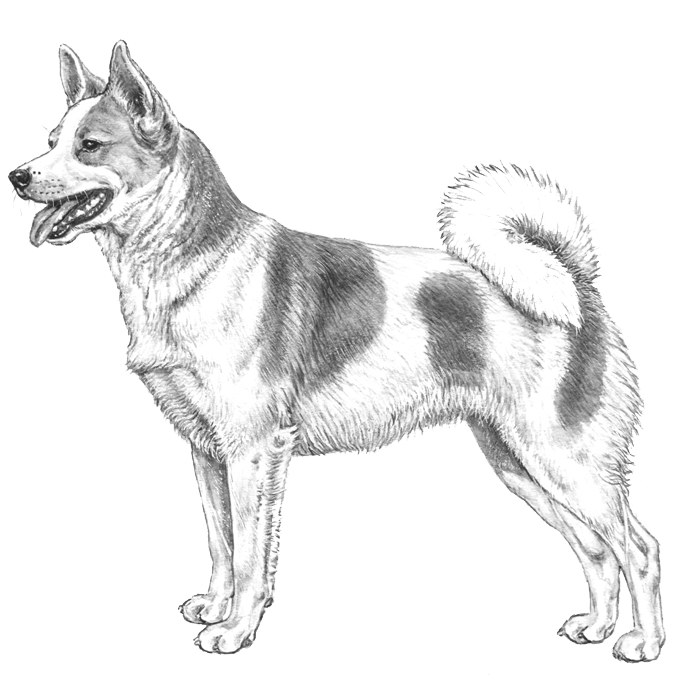