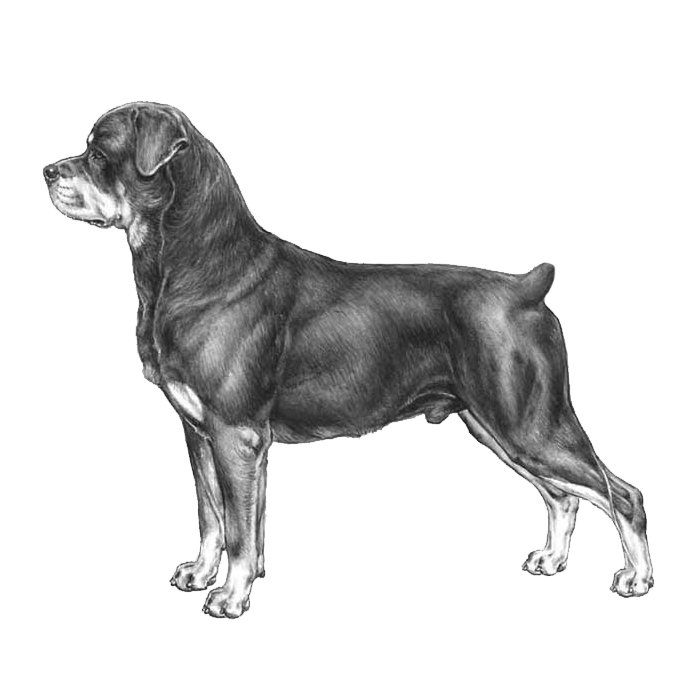 Snoring is more common in Rottweilers than in most any other breed!

Descended from ancient Roman Molosser-type dogs, the Rottweiler is one of the oldest herding breeds. In Germany where the breed was developed, Rottweilers were especially useful guarding valuable shipments as well as driving cattle and other stubborn livestock that tended to ignore border collies and other less powerful breeds. With the advent of railroads, the breed almost became extinct by the end of the 19th century, but is now one of the most popular breeds in the US and abroad.

Because they are protective, these loving and loyal dogs can also show aggression if not properly socialized and trained. With proper training, however, they are not only great family dogs and household protectors, but also suitable for police and military work. Intelligent, energetic and loving, these dogs need exercise and stimulation (as well as cuddles). They have a short, high-shedding coat and a high tendency of drooling. They are also at risk of hip dysplasia and bone cancer and vulnerable to parvovirus.