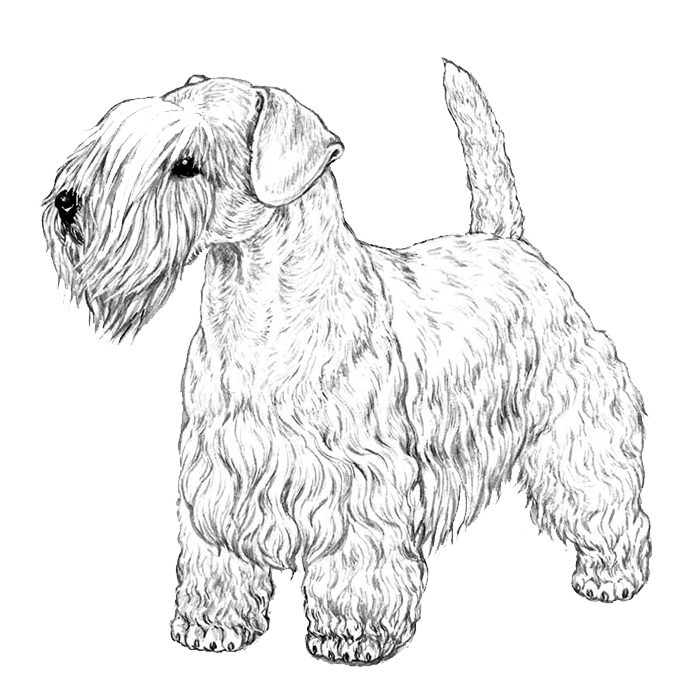 Sealyham Terriers are a unique looking terrier from Wales. With their mustache and prominent eyebrows, they are truly unmistakable little dogs!

Sealyham Terriers are a unique looking terrier from Wales. With their mustache and prominent eyebrows, they are truly unmistakable little dogs! Sealyham Terriers are also special in that they can trace their ancestry to one specific person and were developed by a man named Captain John Edwards at Sealyham House (from which they derive their name) in the mid 1800s.

They were bred simultaneously to be both working dogs (they are excellent rodent catchers) and pets. Their signature white coat is a remnant of their days as hunting dogs, when hunters realized that it was easier to distinguish a white dog from the underbrush and surrounding vegetation when on the hunt. They were well-loved by Hollywood stars and members of the British Royal Family, and their popularity surged to epic proportions during the 1920s. Since then, though, they have become less well known and now there are only a few of them in existence. In 2008, less than 50 new puppies were registered with the Kennel Club in the United Kingdom.

Sealyham Terriers are adaptable little dogs and will do well in any home, whether it be in the city, in the suburbs, or the country. They are unusual in that they do extremely well alone (though they still love their humans!) and can be trusted to relax quietly during the day while you are at work. When you’re home, though, they are extremely devoted and thrive on human attention.

Sealyham Terriers have a tendency to be stubborn, so it is important to train them while they are young puppies and continue that training throughout their lives. They get along well with other dogs generally (though not all of them will due to that feisty terrier personality!) and can be trained to do well with other pets, such as cats, as long as they encounter them as puppies. They are not universally good with children, and will do best with older children. As with many terriers, Sealyham Terriers have limited patience with very young kids and can get annoyed with them. If you have older kids, though, Sealyham Terriers will be fine and enjoy the company of young people.

Sealyham Terriers are a rare breed, though they do exist in the United States. Because they are rare they may be expensive, and you might have to wait upwards of a year or two to get a puppy. It will be worth it though, as they make great companions.