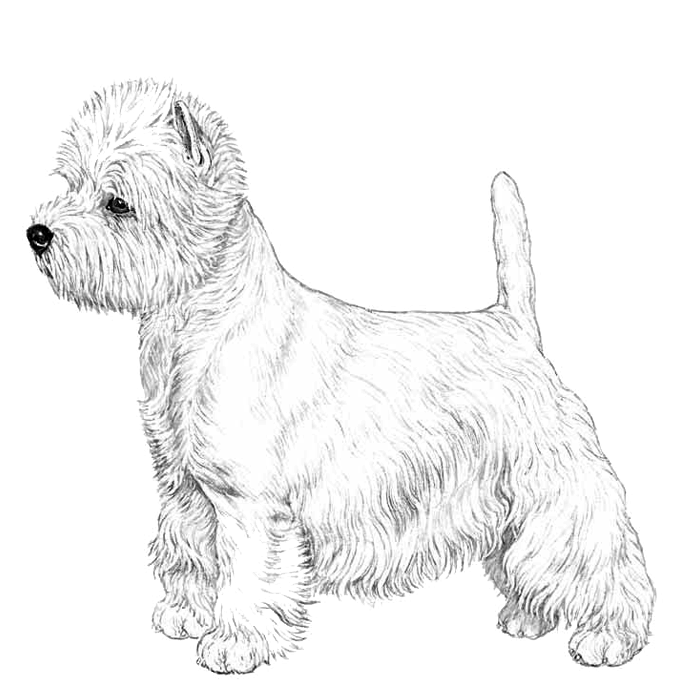 Westies are confident and friendly terriers, with an intelligent and curious mind that requires both mental and physical stimulation to become a well-rounded dog.

Watch out for sunburn! Westies’ ears are particularly sensitive to sunlight so be aware if spending lots of time outdoors.

The West Highland White Terrier, commonly known as a Westie, descends from the same group of Scottish terriers that includes the Dandie Dinmont, Skye, Scottish and Cairn Terriers, that were used to hunt fox, badger and vermin. The time of origin for this breed is unknown, although the story goes, in the mid 1800s, that Colonel Malcolm was hunting fox and mistakenly killed one of his Cairn Terriers. As a preventative measure, he decided to breed only white dogs from then on to avoid confusion in the midst of hunting.The Westie was officially recognized by the AKC in 1908.

The energetic and short-legged Westie boasts an impressive white coat with an overall friendly personality. Their bright coat sheds minimally and a well maintained Westie only requires regular brushing. Westies are social dogs that have a strong sense of curiosity. Their high energy levels sees them require attention and exercise to avoid restlessness. Expect your Westie to bark at people and new dogs if not trained to limit their terrier instincts. This lively breed ranks as the 41st most popular.

In terms of grooming, this is a low-maintenance breed that generally requires regular brushing and trimming every other month. It’s a small hypoallergenic dog breed for dog lovers who have allergies.