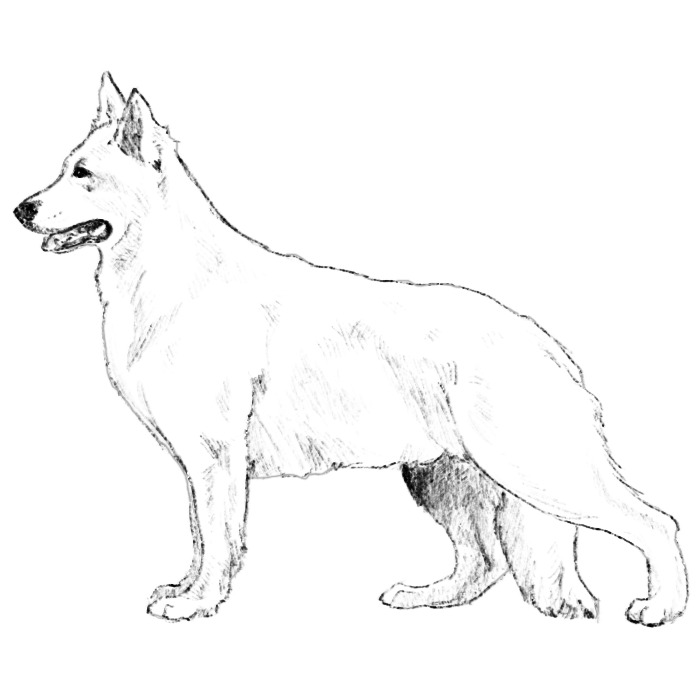 An offshoot of German Shepherds, White Shepherds and White Swiss Shepherds are confident, courageous dogs with the same strong work ethic of their black and tan cousins.

Despite being sometimes called the “Alsatian wolf dog”, German Shepherds are not true wolf dogs, they are 100% dog. Nevertheless, German Shepherds were crossed with wolves in the past to form the Czechoslovakian and Saarloos wolfdog breeds. German Shepherds, along with other breeds and sled dogs, were also used in the creation of the Chinook breed.