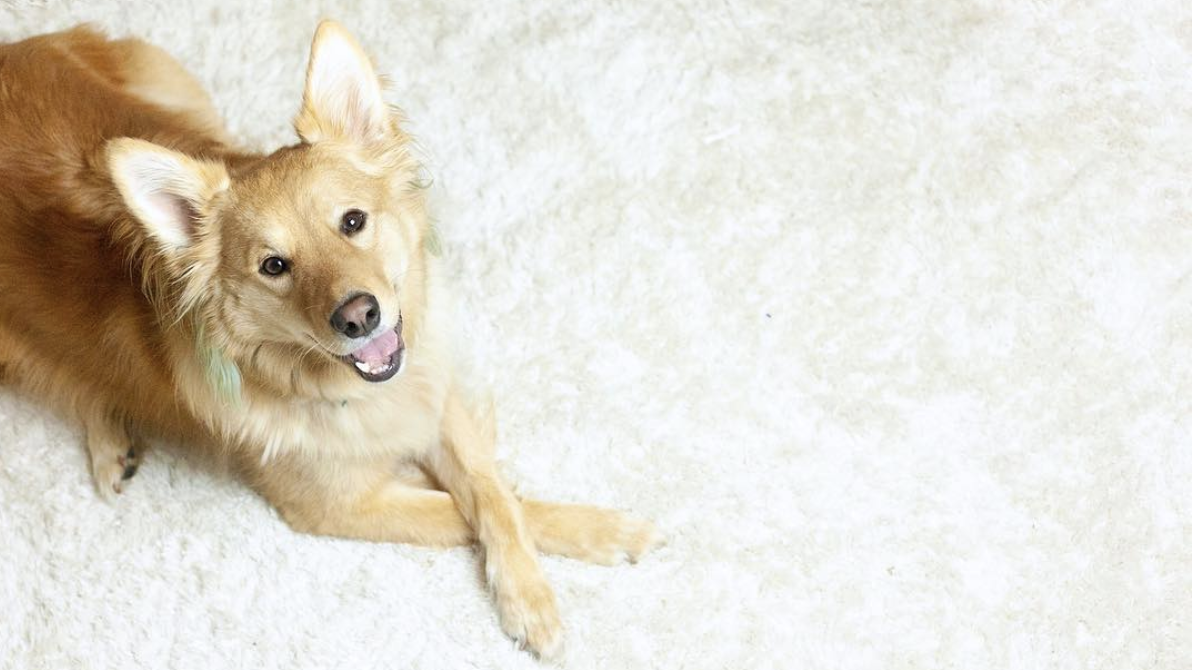 Embark has done it again! We found sibling pups in our lab and connected Baloo and Milo’s parents so the pups have the chance to get to know each other. And if you’ve tested with Embark, we can do this for you too! Check out our new relative finder, here!

Now, let’s get to know both doggos. 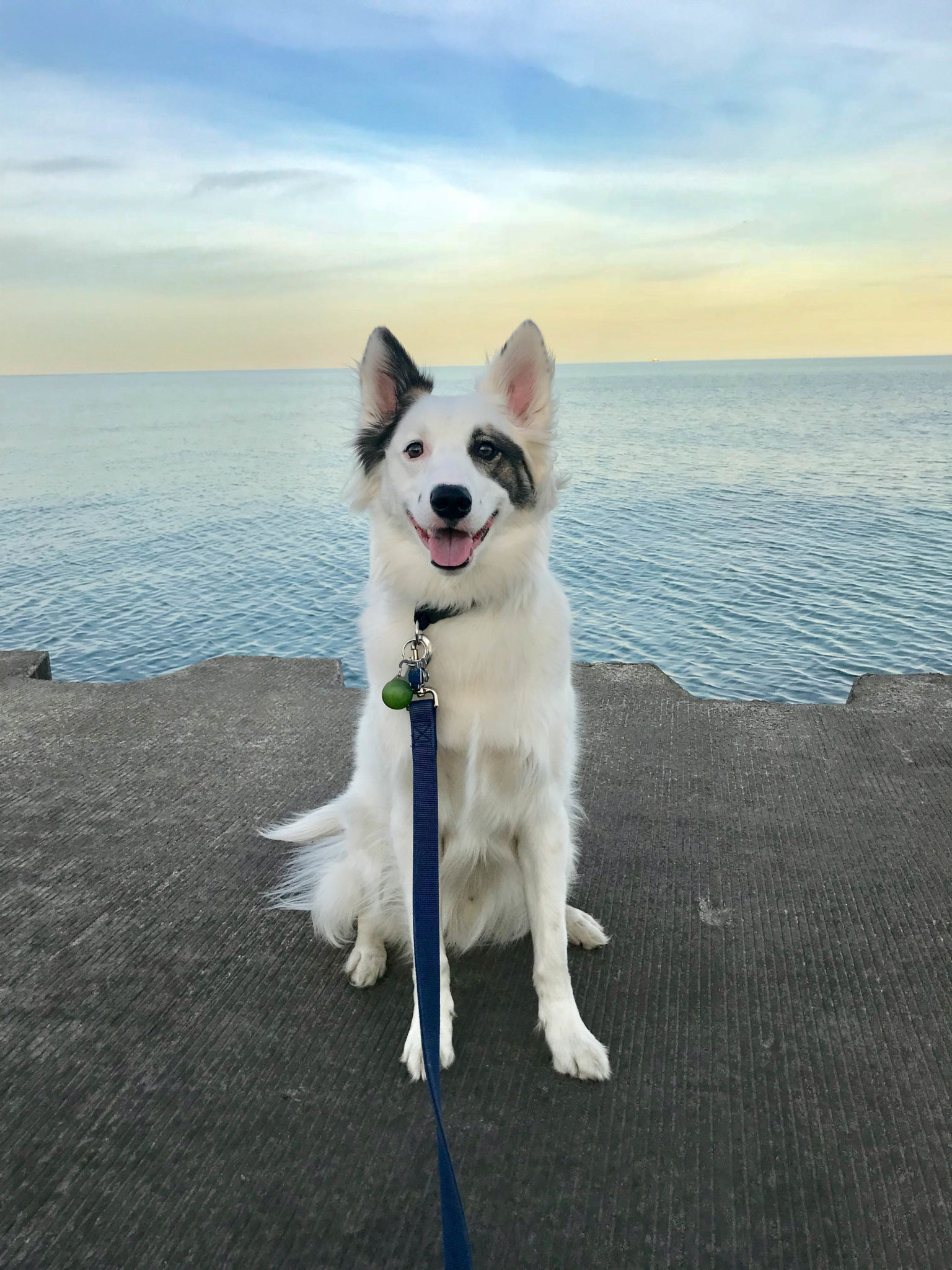 Once Brian and his girlfriend Lauren decided they wanted to add a puppy to their family, they started looking on Petfinder right away. When they saw Baloo’s picture, they simply couldn’t resist.

“He was ridiculously adorable,” Brian said.

Baloo was at a rescue in Wisconsin called Tiny Paws while the couple was in Chicago. But after a phone interview and in-person interview, Baloo ended up in Chicago, too, and officially became a member of Brian and Lauren’s family.

After looking at Baloo’s teeth, Brian concluded that the pupper was just about 15 or 16 weeks old when he first arrived. Baloo is very friendly and quiet; he doesn’t even bark at other dogs. However, he will go after a rabbit or squirrel if he sees one on a hike. If there are geese around though, you won’t find Baloo nearby. According to Brian, Baloo really hates geese.

Something unique about this pup: he howls exclusively at sirens. Because Baloo is so intelligent, they do have to be authentic sirens; siren sounds coming from a television or computer will not faze him.

He also really loves tennis balls, but only a certain brand. He’s very particular about his toys.

“If you have that out, there is nothing else in the world except that tennis ball,” Brian explained.

Baloo really loves green bones and doesn’t get much human food with the exception of a piece of lettuce or spinach, which he proceeds to play with.

The couple really wanted Baloo to take an Embark Dog DNA Test because they were curious about his breed mix and any potential health risks the test could flag.

“He’s unique looking,” Brian said of Baloo. “Both of our families wanted to know what he was.”

Brian and Lauren even made a bet before Baloo’s results were released. We won’t say who won. But more importantly, Brian specifically mentioned that he is a chemist and chemical engineer who believes strongly in open-source science, which is one of the reasons why he chose Embark. He also felt strongly about supporting our mission of ending preventable disease in dogs.

When Brian and Lauren learned that Baloo had a sibling named Milo, the pair was “super pumped.”

They looked at his Embark profile and said his adoption story was the same as Baloo’s!

So, what breed do you think Baloo is? Click here for his Embark results. 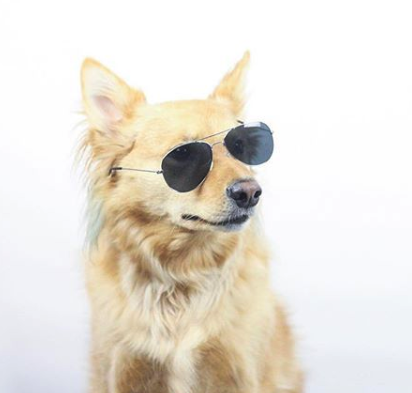 Haley first found Milo on Petfinder and said the moment she saw his photo, she knew he was “the one.” Milo was originally at Tiny Paws Rescue, the same shelter as Baloo! Milo was about 10 weeks old when he first arrived at his forever home in 2016.

Haley says her daughter really wanted to take Milo home because she thought his face looked happy. As you can tell from his Instagram account, Milo is one happy and photogenic pup!

He’s also very smart and tolerant, he even wears glasses and hats to pose for photos. Haley says he’s one big goofball!

“He’s a sweetheart, we got very lucky,” she explained.

Milo is sweet but not a “snuggler.”  Haley says he will push you away if you get to close. What Milo really likes to do is play. He will play ball with Haley all day… but not the way you’re thinking.

“He almost dribbles balls with his paws,” Haley said. “And when I pass it to him, eight out of 10 times, he catches it with his paws. I can barely get the ball past him. He gets me almost every time.”

This dog’s eye-paw coordination is on point. Haley says that once Milo gets the ball, he will kick it back to her and then they end up passing it back and forth.

Milo also enjoys hanging out with Haley’s other pets, a Bearded Dragon named Spike and an Indian Ringneck Bird named Oliver or Oli for short. Milo and Oli interact well and even play together!

She went on to say that Milo is her miracle dog. When Milo was 7 months old, the ring on his collar broke and he got off leash. He headed for the street and ran right into the side of a car.

“He was in bad shape,” Haley said.

Milo broke his leg, fractured his jaw, and even lost teeth. Somehow, he fully recovered!

“Everyone was rooting for him and we’re thankful that he had a full recovery,” Haley said.

She wanted to test Milo with Embark because she had little information about his breed mix. Click here to see this pup’s results.

Can’t get enough of Milo? Us either! Check out more of his photos on Instagram.

If you’re curious about your dog’s relatives, one simple cheek swab and an Embark Dog DNA Test can tell you that and so much more! Click here to order one of your own.