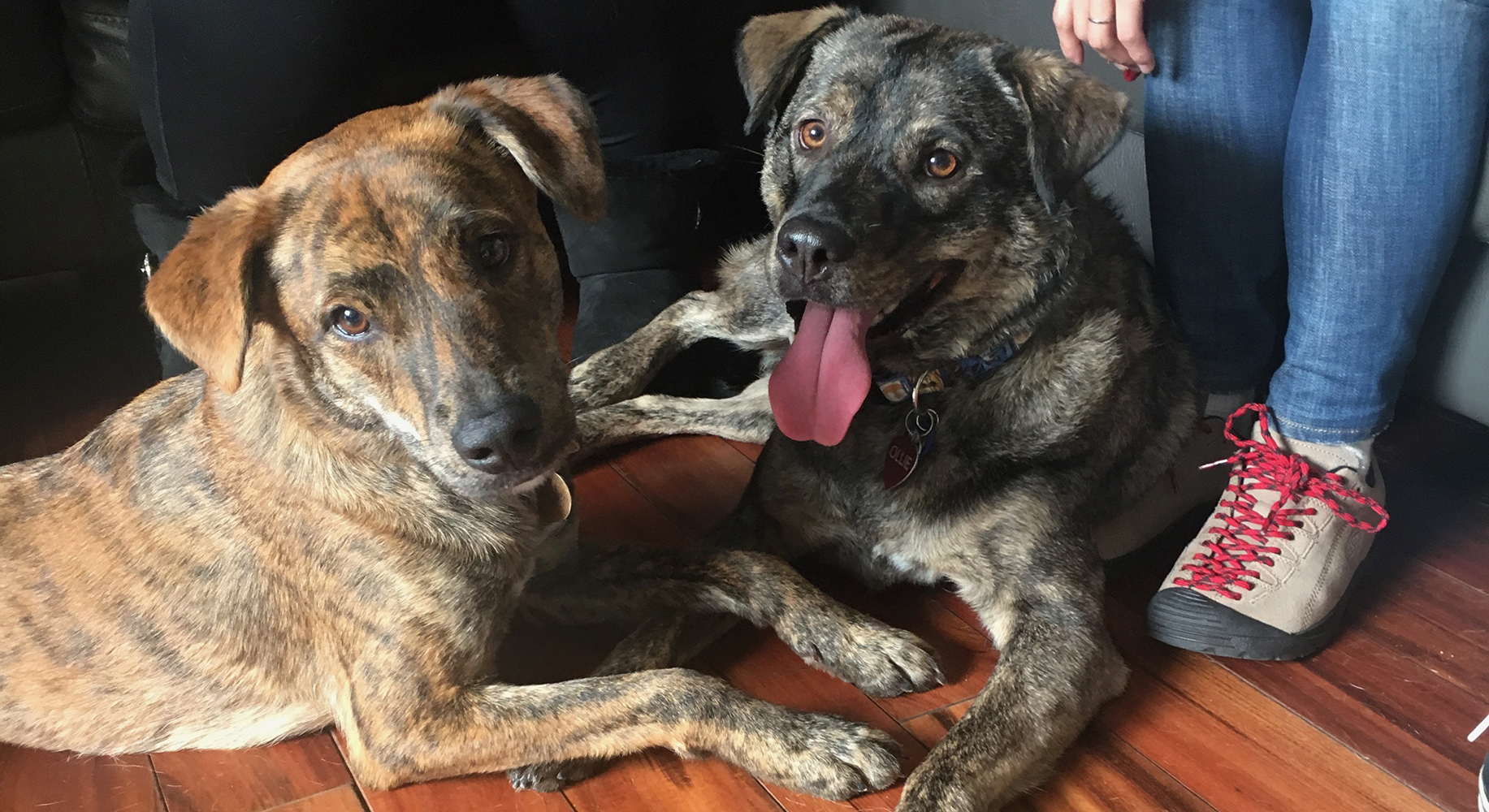 Two dogs affected by Hurricane Harvey were reunited by Embark in February of 2018. We discovered Ollie and Daegyeon’s connection in our lab and learned that they were siblings!

Ollie was abandoned during Hurricane Harvey, then taken in by a rescue group. He needed a forever home and Kristina needed a furry friend. It was a match made in heaven.

Daegyeon first met his new parents, Hye and San, at an adoption event. The couple instantly fell in love with Daegyeon. The shelter told them that he was found wandering alone on the highway without tags after Hurricane Harvey, and that he showed some signs of abuse. The couple decided to take Daegyeon home.

Both pups are massive balls of energy who like to rough and tumble play in very similar ways. They both have a unique favorite treat – carrots!

The owners were curious about the breed mix of their respective new pups and turned to Embark for answers. Hye was shocked to find out that Daegyeon was not the Pitbull/Retriever mix that she thought; he was actually a mix of eight different breeds! Kristina was also surprised by the results, and used them to train Ollie more efficiently.

On Feb. 3, 2018, the siblings were reunited in New York; it was clear that they had a special bond right away. Daegyeon is a bit shy around strangers, but that completely subsided when he was around Ollie.

Embark was honored to reconnect these sibling pups. After a rough start to life by Hurricane Harvey, these two best friends will be connected forever. The Weather Channel heard about this story and created a video to document it, click here to watch (you have to be logged in to Facebook). And check out our video of the reunion below for more on Ollie and Daegyeon’s story.

Don’t forget to connect with us on Instagram, Facebook, and Twitter for more of our stories and dog pics! Is it time for your own dog DNA test? Click here to get started now.