Tinsley Mortimer, socialite and television personality (you may recognize her from The Real Housewives of New York), is also a dog lover and flight hero. When she’s not housewiving, working or traveling, she’s doing her best to help dogs in need.

Where it all began

Tinsley always had pups and other small animals while growing up in Virginia, where her love for canines was born. When she heard about The Lychee and Dog Meat Festival, an annual celebration held in Yulin, Guangxi, China, in which festival-goers eat dog meat, she felt the urge to do something to help. The festival was first launched in 2009 and runs for about 10 days each year – between 10,000 and 15,000 dogs are tortured before being consumed.

“It was so horrific, I had to do something,” Tinsley explained.

After meeting Jeff Beri, who heads up the No Dogs Left Behind charity, Tinsley decided to drop everything and fly to China. Jeff had been working to stop the festival in Yulin for quite some time by intercepting trucks headed to the festival and saving the pups onboard. So Tinsley immediately jumped into action, and with all paws in, booked her trip. 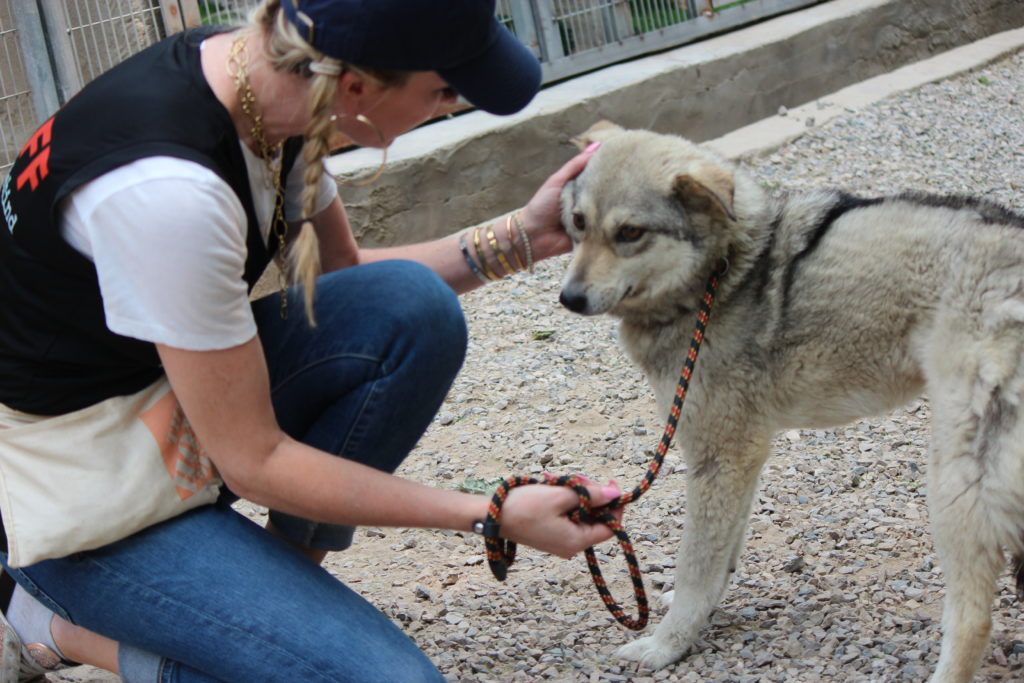 Tinsley was in China for a week just before the festival began on June 21, so she was able to make an impact as a flight hero by working at the No Dogs Left Behind Sanctuary.

“That was the original purpose to get there, because I couldn’t believe that this was about to happen. I didn’t think I could be there during the time of it – so being there before, full of emotion, and being at the sanctuary was so incredible,” Tinsley explained.

There were 165 dogs at the sanctuary, waiting to be rescued. Tinsley said she was able to help with rehab and socialization. She got to know all the dogs and said that they were very sweet and simply just want to “love and be loved.”

Tinsley arranged to have six of the pups transported back to the states, and of those six, she decided to adopt two of them! She had a connection with two small Poodles, whom she named Strawberry and Shortcake. Despite some issues with her flight, the trio was able to return to the US together; although, she was a bit nervous on the plane with “precious cargo” just below her. Still, they arrived safely and were ready to start their new life together, the two pups having escaped what may have been a brutal fate.

The other dogs she rescued returned to the states on a different flight. Tinsley says that No Dogs Left Behind is still in need of flight heroes to take the time to travel to China to rescue dogs from the sanctuary as it fills up quickly.

“I just want to fly over to be constantly coming back with more,” she explained.

Tinsley met Strawberry and Shortcake when she first walked into the sanctuary in China. Strawberry was the first dog she saw and the first one she pet. Shortcake was a bit timid at first, but Tinsley says she fell in love with both pups right away. 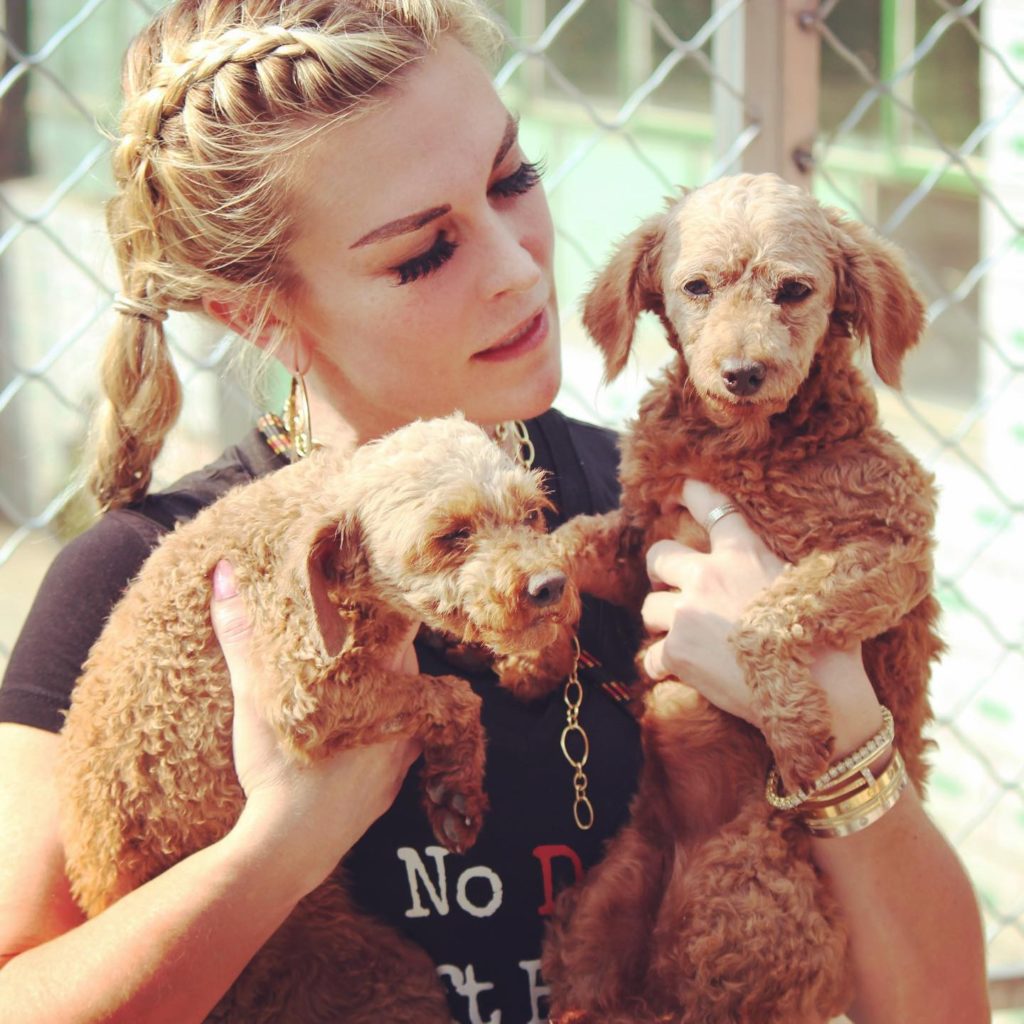 “They are the sweetest little girls, they have sadness in their eyes that I want to take away,” she explained.

As she got to know them better, she saw their playful sides starting to emerge.

“I’m so grateful that I felt this need and draw to go over there, they’re my babies, my children, my little girls,” she said. “They are so special.”

She sent a photo of the pups to her mom and sister, who were both ecstatic about the new additions to their family. Tinsley said that made her feel even more connected to her girls.

Working with No Dogs Left Behind

Tinsley really enjoyed working with Jeff Barry and the No Dogs Left Behind Shelter.

“I’m so grateful to have met him and to have gone over there. I want to do everything else I can to help other dogs and bring awareness to what is going on –  and to be able to stop Yulin and the dog meat trade in general,” she said.

Tinsley’s goal is to spread the word about this festival and the horrific happenings throughout. Her plan is to be a voice for the dogs in China that can’t speak for themselves and to continue to put pressure on the Chinese government regarding this event.

And it doesn’t stop there…

Tinsley has always worked to help dogs and says that being a voice for rescues is very important to her. She has worked with the American Humane Association where she received the Ambassador Award in 2012, the Humane Society, and more. 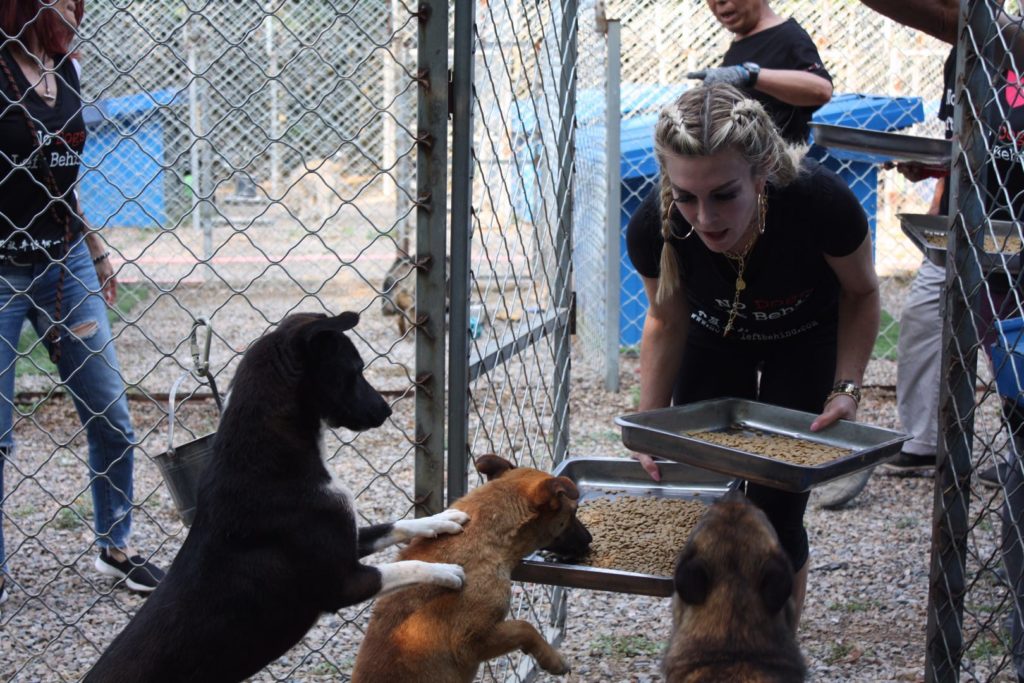 The moment Tinsley adopted her new pups she decided she wanted to test with Embark.

“I think this is the most amazing thing to do,” she said. “To get any information I can on their story and their history is so cool. It will help to paint the picture of who these dogs are.”

With an Embark test, Tinsley will learn the full breed mix of Strawberry and Shortcake, and if they are At Risk for any of the 170 genetic health conditions we screen for. And if her dogs are related, she’ll find out with one simple cheek swab!