Why Mixed Breed Siblings May Not Look Exactly Alike

“Are these dogs really siblings? They look nothing alike.”

This is a common question people have after using our relative finder. After you’ve Embarked your pup, there is a chance that you’ll come across dogs that are very closely related to yours but look very different.

We’ve written previously about how the breed(s) in your mixed-breed dog may not always be reflected in their appearance and how recombination can mean that two siblings inherit different combinations of their parents’ DNA. (For the non-scientists among us, recombination is the process in which a pair of chromosomes in a parent are broken apart and put back together to make a new chromosome, a unique combination of the original two, that is passed on to an offspring.)

With these lessons in mind, we can understand how two sibling pups may end up looking pretty different from one another. As an example, let’s take a complex genetic trait like body size. It turns out that nearly 80% of variation in body size across purebred dogs can be explained by just six genetic variants. The remaining 20% is explained by a dozen or so more variants that we know about and even more that we don’t, each likely contributing just a tiny amount to variation in size.

Imagine two dogs, each of which has recent ancestry from a small dog breed and a large dog breed. These dogs are average-sized and carry an even mix of genetic variants that tend to make dogs smaller and genetic variants that tend to make dogs larger. If these dogs mate and have pups, some of those pups will inherit more “small” dog variants, and some will inherit more “large” dog variants.

If multiple variants that affect body size are on the same chromosome, recombination of the parental chromosomes can shuffle the “large” and “small” genetic variation that the parents carry prior to transmitting to offspring. Figure 1 illustrates an example of this: 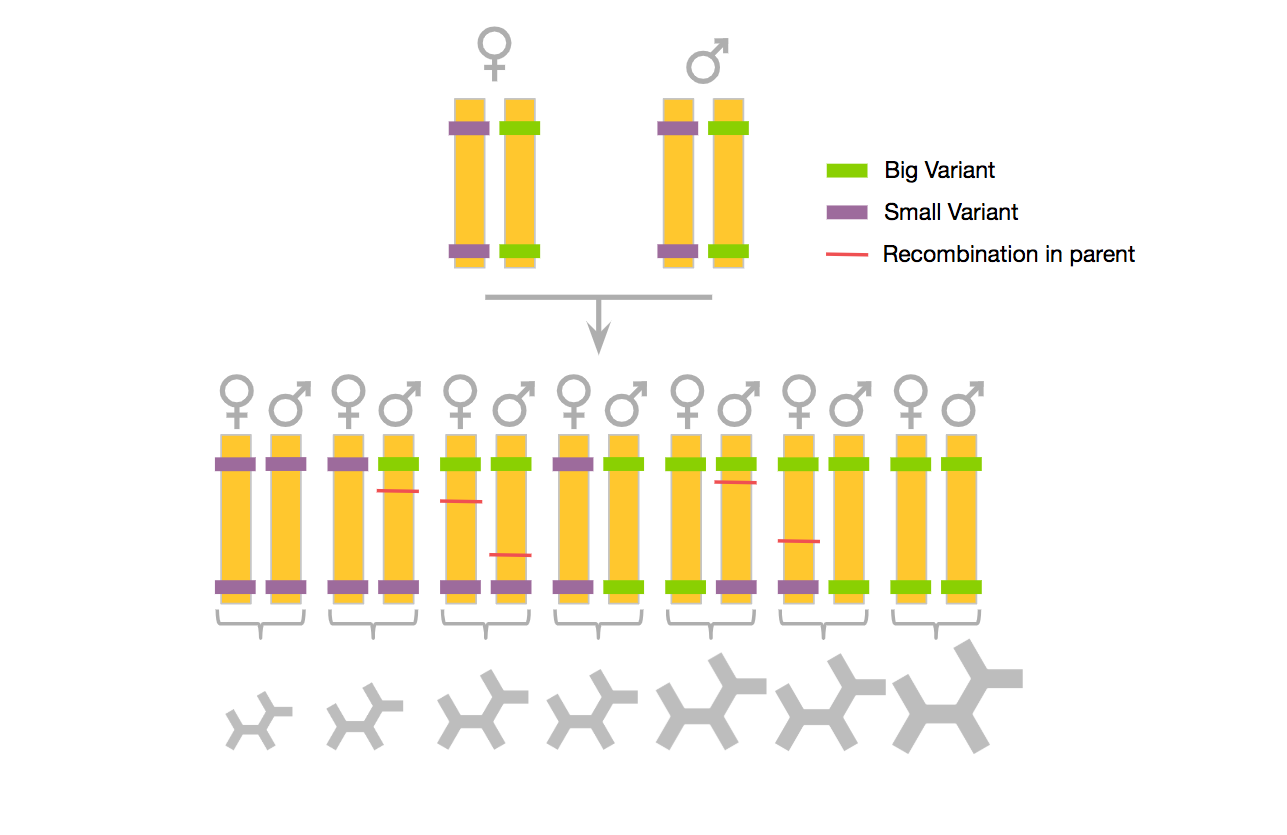 In addition to the fact that recombination can lead to variation in the traits inherited by offspring, it’s important to remember that dogs have 38 chromosomes besides their sex chromosomes, each of which is independent of one another. Breeds have been selected by humans to carry specific configurations of genetic variants across their chromosomes. For example, Boston Terriers carry genetic variants that make them small, have short faces, and have short hair. Figure 2 illustrates a cross of two first-generation breed crosses (F1s) to show that when breeds are outbred to other breeds, these “breed standard” genetic variants that are distributed across chromosomes get shuffled due to independent assortment of chromosomes. 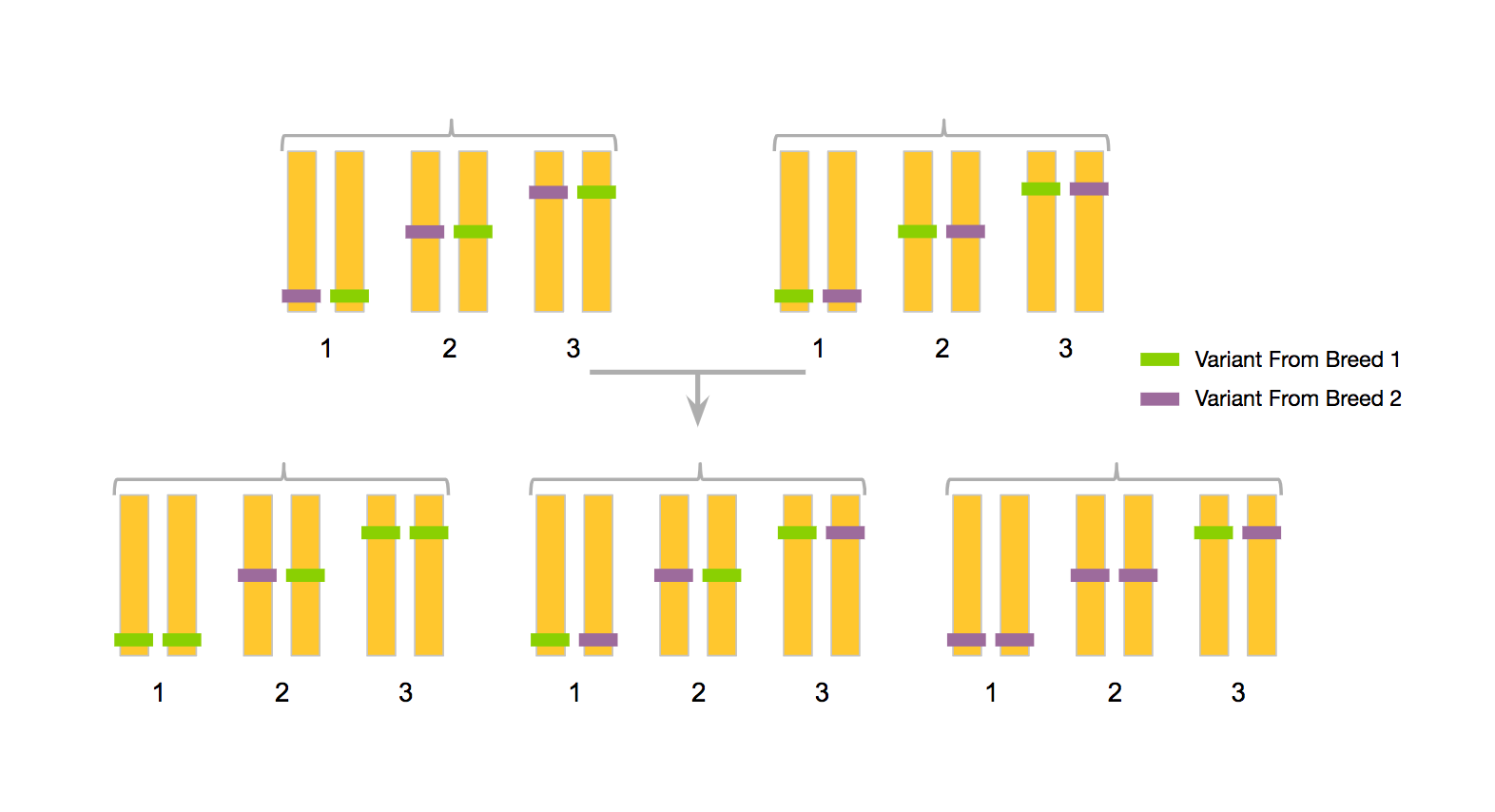 To summarize, the ancestral breeds of mixed-breed dogs don’t always transmit their signature traits to all of their descendants. This is because variation carried on the same chromosomes can be shuffled and lost over time due to genetic recombination, and because the genetic factors underlying different breed standard traits are distributed across many chromosomes (each of which is inherited independently).