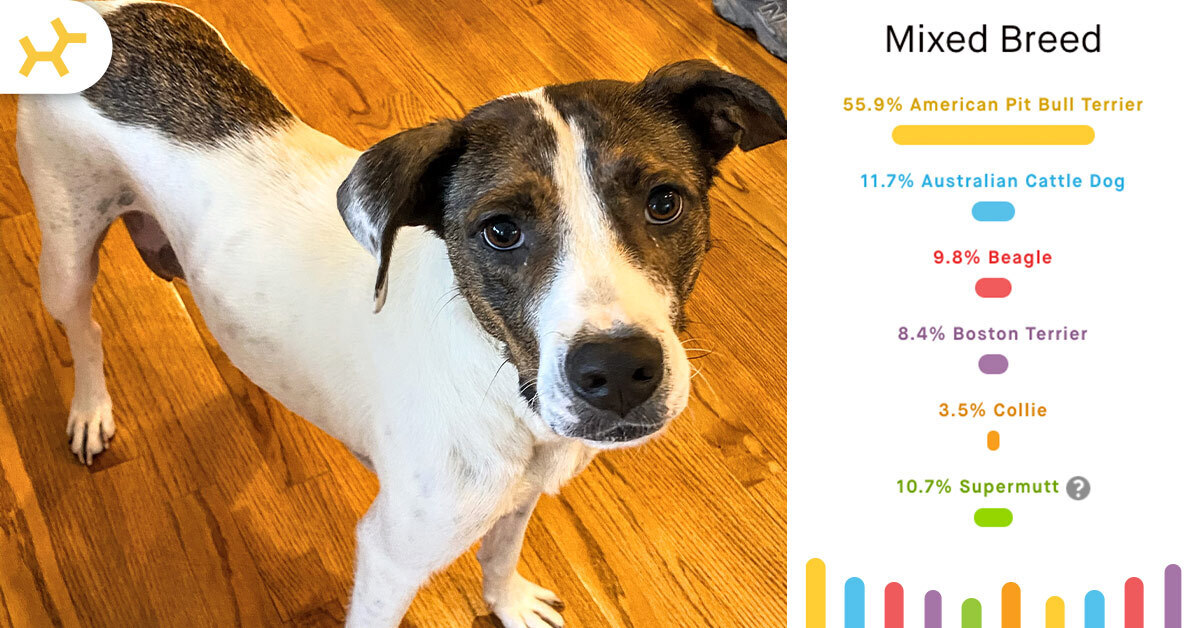 How One Illinois Dog Cheered Up a Neighborhood

While everyone is self quarantining, families are looking for ways to spend quality time together inside. One such family is the Truszkowsks in Wilmette, Illinois, who fostered a pregnant dog and soon after, her litter of puppies. With a window for socially-distancing walk bys for puppy-viewing, they’ve become the delight of their neighborhood. We were able to speak with Jen Truszkow and send the family 4 Embark kits to test Nelly and her pups. Read the full story and see each pup’s breed results below.

Jen Truszkowsk was sitting in the family room with her husband and two daughters one day when they had the idea to foster a dog.  “People were losing their jobs and they may have to surrender their pets,” Jen said. She wanted to help out, so the family started calling shelters in their area to find out if there were any dogs they could foster.

Wagging Hearts responded first and told the Truszkowsks they had all their dogs accounted for except a dog in the late stages of her pregnancy. Pregnant dogs can have a tough time getting adopted, but Jen leaped at the opportunity.

The family dog had passed away two years prior and the Truszkowsks had pet sat for friends many times since then. They had plenty of experience taking care of dogs, so they weren’t put off by the idea of housing a mom and her litter of puppies.

That’s where Nelly came in. 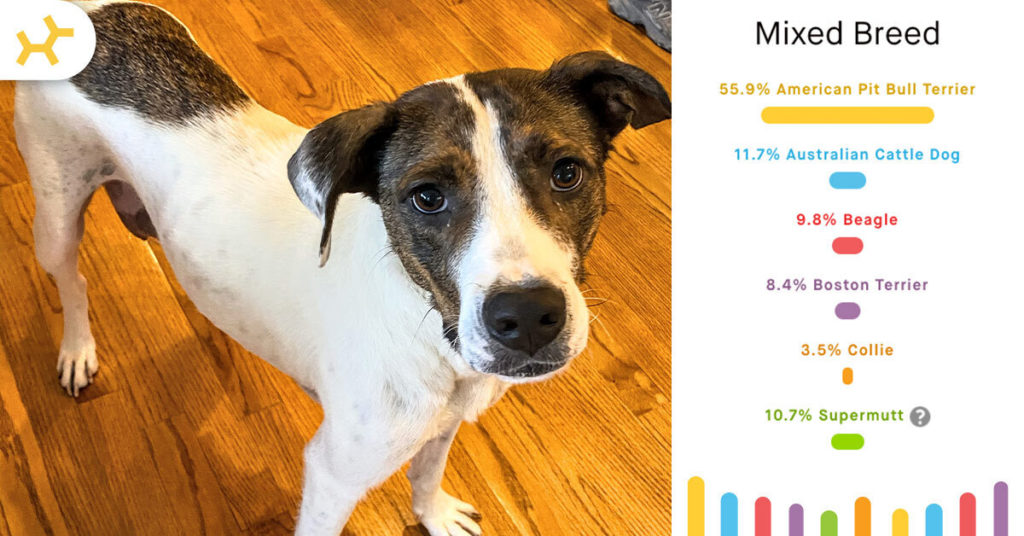 The Truszkowsks brought Nelly home in late March. Jen described her state when they first saw her as skin and bones and “nothing but puppy.” They had no idea how old she was or what kind of dog she was, but it was obvious she was an outside dog. She didn’t know how to use stairs or how to thrive in a home. She was great with people, though. Nelly stayed sweet and gentle throughout the whole process of getting cleaned and seeing her new home.

One week later Nelly went into labor and had…12 puppies. One of the puppies didn’t make it, but the remaining 11 are happy and healthy and getting ready to find their furever homes.

It may be overwhelming for some to have a dog give birth only a week after bringing them into your home, but Jen was glad her family could have this experience. “No one ever sees the backside of a puppy being born.” She thought it would be great for her daughters to see what new puppies look like and to observe how their mom takes care of them. “It’s the less tidy side of life, but it’s how every single [animal] comes into the world.” 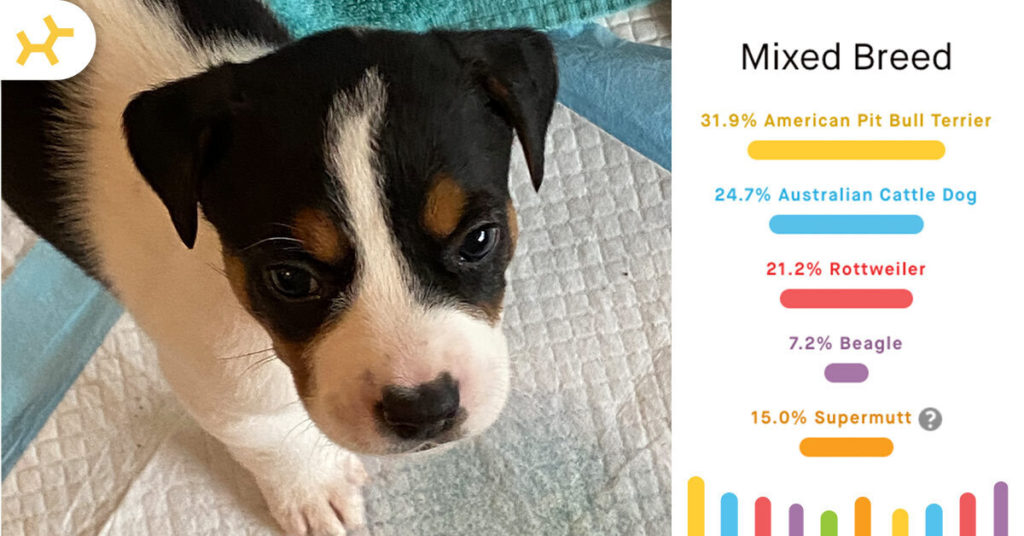 Coming together during COVID-19

Nelly and her puppies turned out to be a gift for everyone in the Truszkowsks’ neighborhood. The family started posting pics of the new litter on Instagram and grew a following from there.

Because their neighborhood is so walkable and the houses are close together, the Truszkowsks decided to set up the puppy pen by their front porch window so visitors could stop by and see them.

Their story was picked up by a local news outlet. From there, Nelly and her puppies became a phenomenon. Jen estimates that the number of visitors doubled after the story dropped. On any given day they can see upward of 100 people stopping by to see the puppies if the weather is nice out. Some people have driven over an hour just to see Nelly’s family.

Jen definitely didn’t plan on this outcome when they first decided to foster a dog: “All I wanted to do is have my kids be a part of this process, but the whole town wants to be a part of it… it’s just been the nicest experience.”

It turns out a new litter of puppies is just the sort of pick-me-up that people needed during such a stressful time. “I feel like everyone’s staying a bit connected. There’s nothing else joyful happening. This one thing is fun for everyone.” Even though the puppies are gathering such large crowds, Jen says that everyone stays respectful and practices social distancing. Families will move along when they notice someone else is waiting.

The old adage “It takes a village” applies to newborn puppies, too. Jen said that everyone is pitching in to help Nelly and her pups. The Truszkowsks set up an entire room in their home to store over 100 gifts they’ve received: supplies like puppy pads, doggy treats, chew toys, and more. The local pet store also sent along Nelly’s favorite snacks: freeze-dried chicken treats.

Some of the treats veered more on the luxurious side, including a monogrammed towel for Nelly and a bottle of bourbon for Jen (her drink of choice).

The Truszkowsks were even received support from a visitor who happened to be a vet. Nelly was having digestion issues, so Jen was able to get in touch with her to see how they could help her. The vet stopped by and dropped off some digestive aid food that solved the problem. 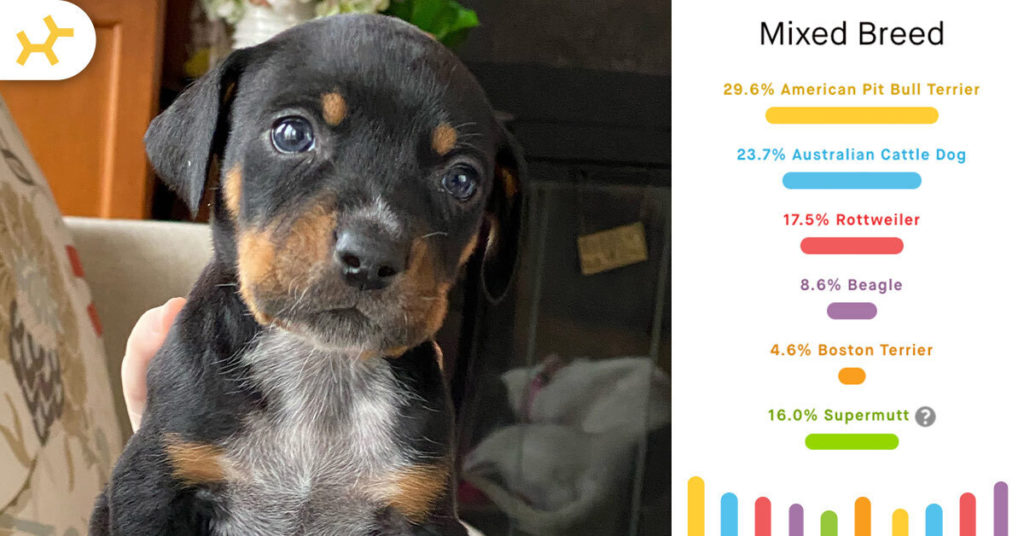 What’s next for the puppies?

Now the question is: Where are Nelly and her puppies going? Jen says that “the hardest part will be letting them all go.” But there’s good news there, too. It didn’t take long for the Truszkowsks to decide that they would adopt Nelly permanently. As for the puppies, 10 of them have been claimed by neighbors so they’ll all live close to each other. Jen said that 9 of them will live within a mile of each other. That means there will be plenty of play dates and family gatherings in the future.

Of course, the Truszkowsks couldn’t give up all of the puppies. They plan on keeping one. Jen thinks it would be too sad for Nelly “to be pregnant with these puppies, have 11 puppies, raise 11 puppies, and then they all go away.”

They’re torn between keeping Pappy (Named after the bourbon Pappy Van Winkle, given the puppies’ Kentucky roots) and Posey, a fluffy white pup whose eyes “see into your soul.”

For all the neighbors who still have puppy fever, the Truszkowsks are directing them back to Wagging Hearts to adopt. Plenty of pups will find their furever homes because of Nelly and the Truszkowsks.

Jen says that many people have thanked her for what her family has done and they tell her how much they love to see Nelly’s updates with their kids. “It makes me happy. It’s an outpouring of love that’s beyond anything that we would have expected.”

Of course, taking care of a dog and her 11 puppies isn’t always a pretty picture. “The poo is upsetting. I’m over the poo.” 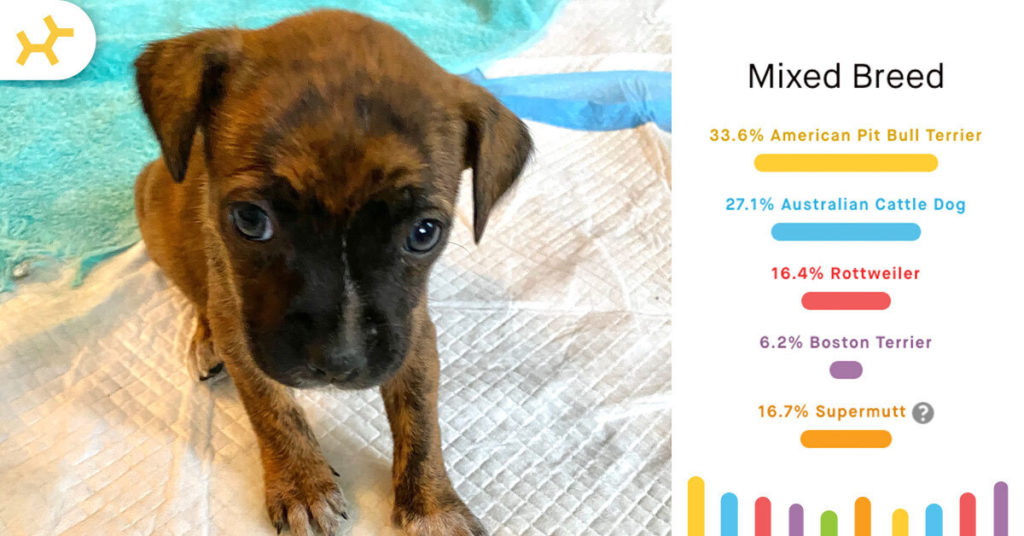 You probably wouldn’t guess these 3 puppies came from the same litter. Their coat colors and patterns are different and so is the distribution of breeds in their mix (even though they inherited the same breeds overall). To learn why that is, you can read our post on recombination.