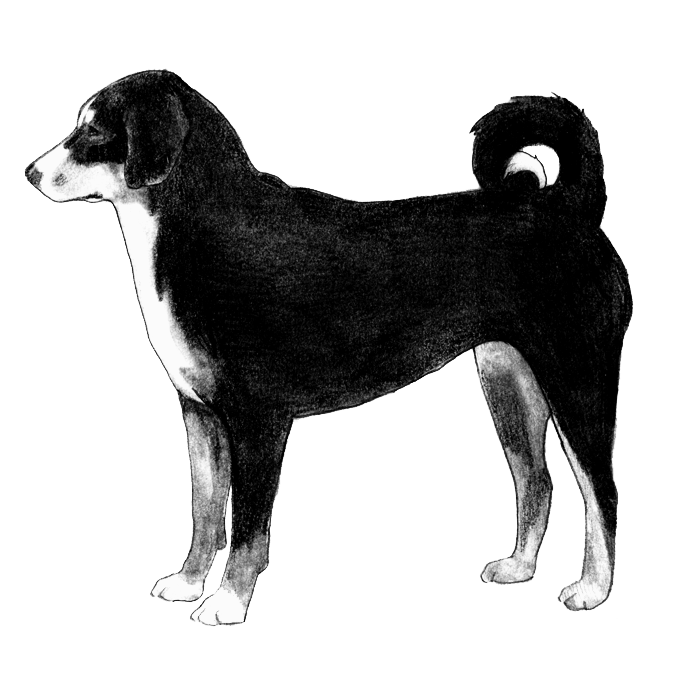 The Appenzeller Sennenhund is one of the four Sennenhund-type dogs from the Swiss Alps, along with the Bernese Mountain Dog, Greater Swiss Mountain Dog, and Entlebucher Mountain Dog. This an intelligent breed that needs to be engaged in a job or activity. Their alertness make them talented guard dogs, and they can also be skilled herders.

The Appenzeller Sennenhund is a bold, athletic breed originating in the Swiss Alps. They are one of the four Sennenhund breeds, along with the Bernese Mountain Dog, Greater Swiss Mountain Dog, and Entlebucher Mountain Dog. True to the environment in which the breed developed, they are usually hearty, furry friends who loves playing and romping in the snow. A relatively large, muscular dog, these pups were originally used to herd cattle and more generally, as a farm dog.

The Appenzeller Sennenhund is a lively, high spirited breed who (as with most herding dogs) require a great deal of exercise to keep them engaged and happy. As such, we don’t recommend them for apartment living, but they can do well in suburban and rural settings when given proper exercise. This breed also generally functions best when given a job to do to occupy their time. Intelligent and slightly suspicious of strangers, they can make excellent watchdogs, though care must be taken to socialize your dog early so they don’t become overly suspicious of people.