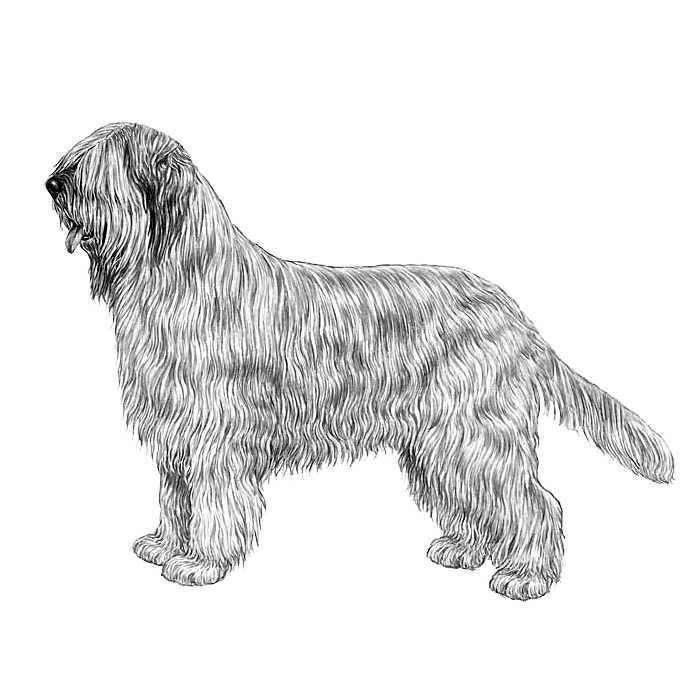 The Briard has been running around France for hundreds of years. These dogs have been guards dogs, herding dogs, and even army dogs. They can be a wonderful addition to the family if given enough room to run.

The Briard is an ancient breed out of France that has served many roles throughout history. These big guys are believed to have been around since the 8th century, where they have been represented in tapestries. Their original purpose was to defend the farm from wolves and poachers. They became herding dogs after the population boom following the French Revolution. Briards have even served as the official breed of the French Army. These dogs have a lot of energy and require more than just daily walks. Their shaggy coat also requires daily brushings to prevent matting, but they are surprisingly low shedders. Briards can be very independent, which is a trait that can be tackled by early training. These are sensitive dogs that love to be all up in the family business.