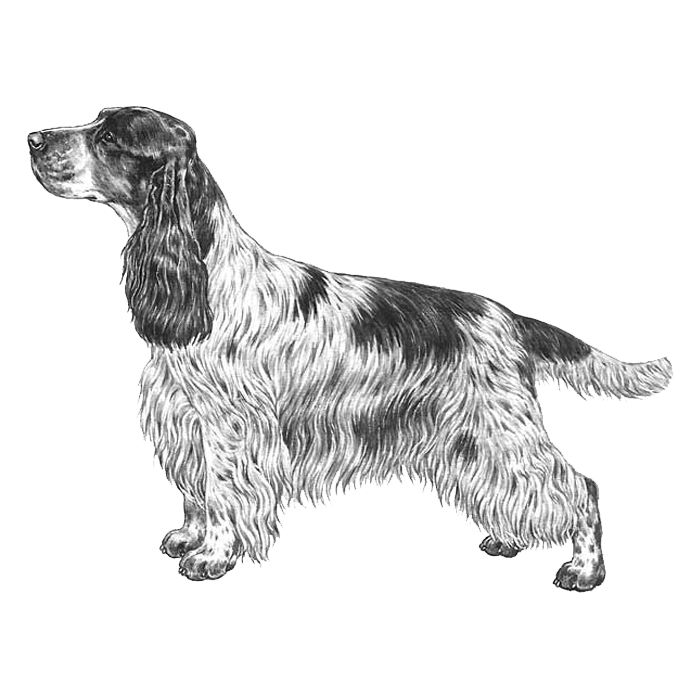 English Cockers are a medium-size dog with long ears and a happy disposition. The name Cocker comes from their use to hunt woodcock in England, although English Cockers have been used to hunt many other types of birds as well. They make great companion dogs for people who can give them the exercise they need.

The English Cocker Spaniel is a breed of gun dog. There are “field” or “working” cockers and “show” cockers. An active sporting dog, the English Cocker Spaniel’s compact, solid body practically vibrates with energy and enthusiasm, particularly when at work in the field. Although known for its soft, melting spaniel expression, the breed is a tough worker, capable of covering ground effortlessly and penetrating the densest of cover. His coat can be solid-colored (black, liver or shades of red) or parti-colored, including ticking or roaning.

Prone to ear infections. During the summer, the ears should be checked often. Hanging close to the ground as they do, they can become host to ticks or burrs, often the cause of deafness. The Cocker can gain weight easily; do not overfeed.