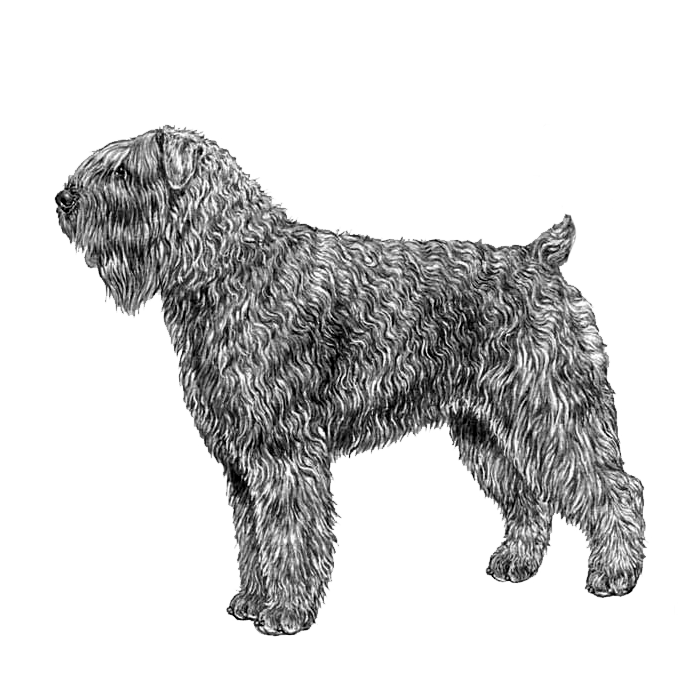 Strong-willed and courageous, the Bouvier des Flandres is a hard-working, versatile breed. At the time the Bouvier was created, Flanders encompassed parts of modern-day France, The Netherlands, and Belgium, so multiple countries lay claim to this breed’s origins. They approach their work with a serious attitude; this is a breed that excels at herding, guarding flocks and properties, cart pulling, and more.

The Bouvier des Flandres almost went extinct during World War I, kept alive only by the Belgian army, who recognized that the breed’s courage could make them a useful dog of war.

The Bouvier des Flandres is a versatile working breed from Flanders, which is part of northern Belgium today. At the time the breed was created, Flanders was a principality of France, Belgium, and The Netherlands. Because of this, multiple countries lay claim to this cherished and hard-working breed. The Bouvier was bred to be a multi-purpose dog that could help farmers with herding, acting as flock guardians, protecting property, and pulling carts. They are intelligent and independent dogs that are happiest when they’re given work to do.

The fluffy, sheep-like appearance of the Bouvier can be deceptive. Under this dog’s profuse coat lies a tough working dog. The coat even has a utility; the tough, outer layer repels water and dirt to allow the Bouvier to work in harsh conditions, while the undercoat is soft and dense. This is a large breed, typically weighing between 70-110 pounds. Their poofy coat can create the illusion that they take up even more space.

Due to the Bouvier’s working drive and serious nature, they are not a breed for everyone. They can be hard-headed and challenging for first-time owners to train, despite the breed’s considerable intelligence. Bouviers need a lot of mental and physical exercise; many enjoy obedience, agility, tracking, herding trials, and more. Some police departments utilize them as K9s, and the breed can be a good choice for certain types of service work. Because Bouviers tend to be naturally suspicious of people they don’t know, especially when in their territory, it’s very important that Bouviers are socialized from a young age. A well-socialized and well-trained Bouvier should be alert and protective, but not aggressive. This is not usually a recommended breed for first-time dog owners.