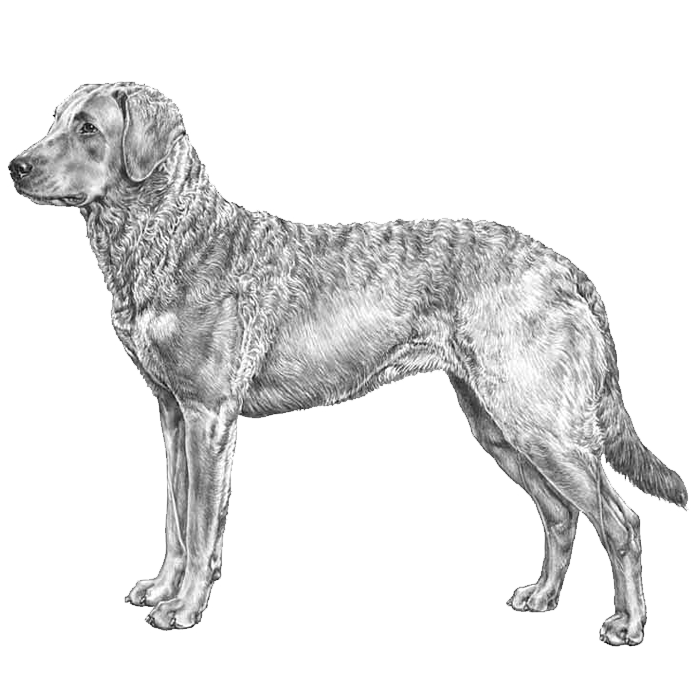 The loyal and affectionate Chesapeake Bay Retriever is well-known for a water resistant, wavy coat that it loves to get wet retrieving waterfowl.

In 1964, this breed became the state dog of Maryland and remains the mascot of the University of Maryland, Baltimore County.

Chesapeake Bay Retrievers, or Chessies, originated from two Lesser Newfoundland pups that survived a wreck off the coast of Maryland in the early 19th century. These dogs were bred with local breeds (mostly spaniels and hounds) and their pups were trained to assist hunters. Originally recognized as three types of Chesapeake Bay Ducking Dog in the late 19th century, Chessies were officially recognized as a single breed by the AKC in 1918. Since then, Chessies have been a popular breed in roles ranging from family companion to gundog. This breed has all of the personality traits that make retrievers so popular, including their intelligence, positive disposition, and protectiveness. However, their independent nature has branded the Chessie a bit tough to train at times. Even though it can have a mind of its own, a well-trained Chessie makes an ideal hunting companion. It is not uncommon to see its characteristic water resistant, wavy coat when hunting for waterfowl around their home turf in the Chesapeake Bay watershed, or anywhere else for that matter.