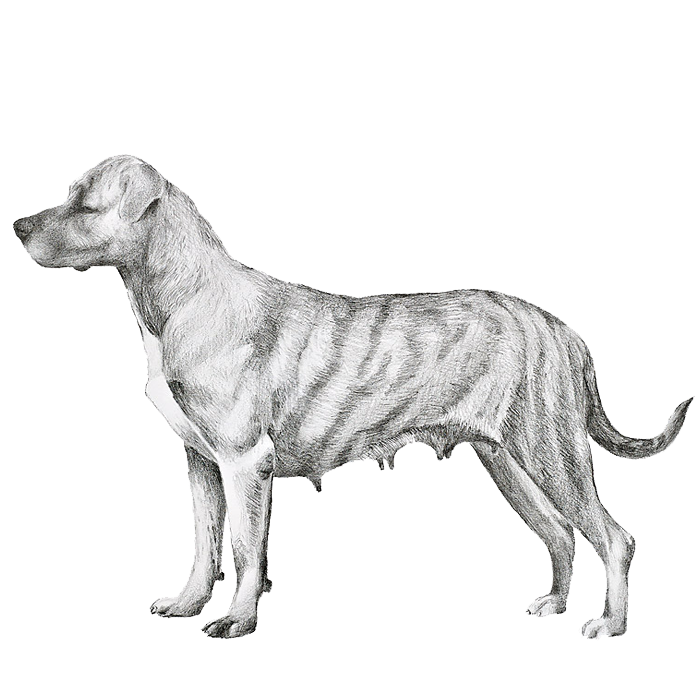 This Uruguayan Molosser-type breed’s history is difficult to trace. However, it’s suspected this breed descends from dogs brought to Uruguay by Spanish and Portuguese conquerers. Today, the Cimarron Uruguayo is typically used as a guard dog. They’re rare in the United States, but there is growing interest in the breed due to their loyal, alert temperaments and protective instincts.

The Cimarrón Uruguayo is the mascot of the Uruguayan National Army because they are a historically courageous breed.

This molosser type dog which hails from Uruguay (as the name might suggest) has origins steeped in some mystery. It is said that the Cimarrón Uruguayo descended from dogs brought along by the conquistadors, which were then abandoned, adapted to living in the wild, and became numerous. In the eighteenth century, ranchers began to respect this tenacious, short-coated guardian dog and began to capture and tame them.

A relatively large dog who is not for the novice owner nor the faint of heart, the Cimarrón Uruguayo is fiercely devoted and courageous; they have a thirst for competition. With regards to grooming, they require little effort (though known to shed). With alert, amber eyes, pointed ears, and a lithe build, they will be happiest with plenty of space for physical activity. As a hunting breed, their prey drive is strong, and they should not be brought into a home with small pets or children unless they have been extremely well-socialized as a puppy. A loyal companion for the adventurous and active, if you are willing to take on a dog who is strong-willed but loving, the Cimarrón Uruguayo will fit well in your household!