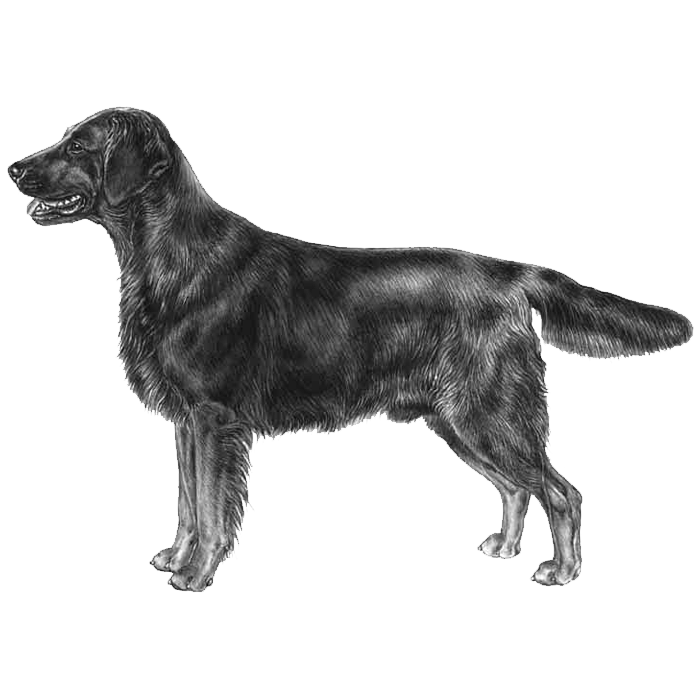 The Flat-Coated Retriever is an active, multitalented bird dog with a strong desire to please people

Like other retrievers, flat-coated retrievers like to carry things in their mouths, but they are not known to chew excessively.

At first glance, you might think the Flat-Coated Retriever resembles a black or brown Golden Retriever, but no such thing. They are a distinctive breed, originally developed as a dual-purpose retriever of game on land and from water. Their early popularity, which peaked before World War I, was eclipsed by that of the Golden and Labrador Retrievers, but their fans think that’s for the best, preferring to keep the secret of their fun-loving yet hard-working nature to themselves.

Flat-Coats are often called the “Peter Pan” of retrievers. They generally mature more slowly than other dogs and maintain their puppy-like exuberance for years. This playful energy makes them a wonderful and entertaining companion, but it also means extra time and patience when training them. While they are eager to please, Flat-Coats are hams, and they won’t hesitate to go for a laugh, even if it means ignoring or disobeying you. In general, however, they are a responsive and sensitive student. A harsh correction will cause them to shut down until you make amends.

Tolerant and friendly, Flat-Coats love everyone, including children and other dogs. They’ll bark to let you know that someone’s approaching, but don’t count on them to serve as any kind of guard dog. They are great friends for active older children but may be too energetic for toddlers, knocking them down with a swish of their frequently wagging tail.