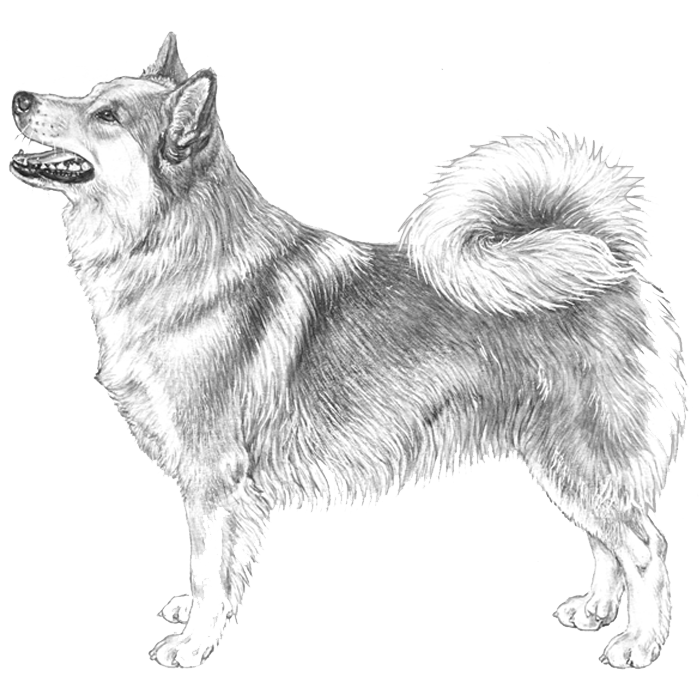 Icelandic Sheepdogs protected the lambs of their flocks from predatory birds, like hawks. Because of this, they spent a lot of time gazing up at the sky and barking. Even if Icelandic Sheepdogs are kept as pets, owners can bet they’ll find them barking up at the clouds on occasion. They’ve also been featured prominently on postage stamps!

Icelandic Sheepdogs are likely a very ancient breed, and skeletal remains of dogs that look very similar have been dated back to 8000 BCE. They nearly went extinct in the late 19th century after a distemper outbreak, which lead to very strict dog import laws in Iceland. Since then, fanciers of the breed have put forth a lot of effort to conserve Icelandic Sheepdogs and make sure the breed continues.

A hardy, intelligent, and brave breed, Icelandic Sheepdogs are hard workers and definitely a force to be reckoned with. They used to herd the sheep and other animals by barking, a trait which unfortunately carries into modern day. They have a tendency to bark to get their owners’ attention or to ask for something that they want. They will also vocalize to alert people to an intruder—or the mailman, or a neighbor, or a bird outside. Given this tendency to bark and their high energy and exercise needs, Icelandic Sheepdogs don’t make great pets for apartment dwellers. Rural and suburban families would be much happier with an Icelandic Sheepdog than someone living in a small apartment or in a big city. On the other hand, they have a remarkable ability to adapt; they will work tirelessly outside and then snuggle up happily when indoors.

Icelandic Sheepdogs will not be an easy breed to acquire outside of Iceland. They are still a rare breed, even in Europe. They are recognized by the American and United Kingdom kennel clubs, however, so breeders in North America certainly exist. With a little effort, prospective owners will add a fun and hardy dog to their family.