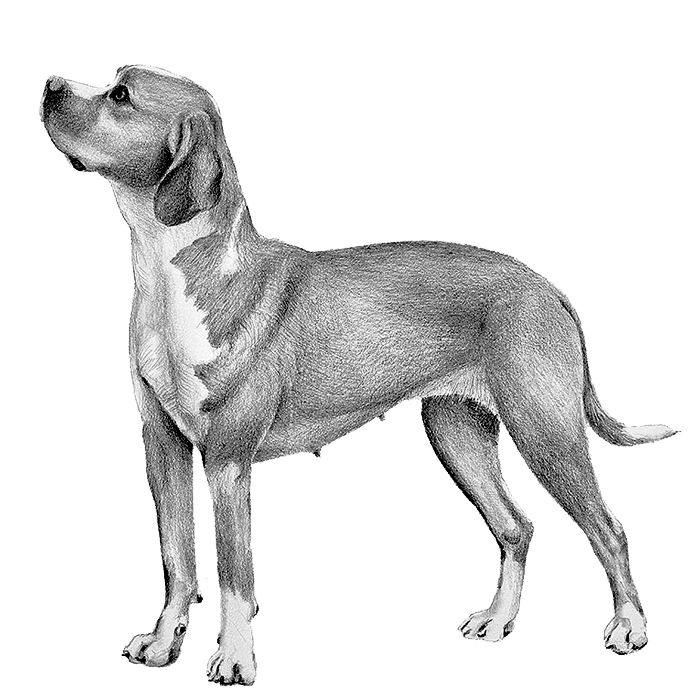 Quick Facts Height Male: 20-24in Female: 19-22in Weight Male: 40-60lb Female: 35-49lb Fun Fact Portuguese Pointers are extremely loving and devoted to their masters that sometimes it can get in the way of their ability to hunt! They’ve been known to just sit and stare lovingly at their owner, rather than chase down the birds…

Portuguese Pointers are extremely loving and devoted to their masters that sometimes it can get in the way of their ability to hunt! They've been known to just sit and stare lovingly at their owner, rather than chase down the birds they are supposed to be hunting. This tendency to become dopey with love can be combatted with proper training, though it sounds pretty good to us!

The Portuguese Pointer is another breed of dog whose name really gives us an idea of what they are and what they were bred to do. As their name suggests, Portuguese Pointers are a breed of gun dog from Portugal that specializes in “pointing”- a very specific sort of hunting where the dog literally points out game to their master using their snout and their front legs. Primarily used for partridge hunting in their country of origin, Portuguese Pointers are now a popular breed both as hunting dogs and as lovely family pets.

As the descendants of ancient Portuguese hunting dogs, Portuguese Pointers became a distinct and recognizable breed in the 1700’s and were mostly kept by aristocratic Portuguese families. They have retained their signature look (a square head, docked tail, etc) for centuries and have remained relatively unchanged since their beginnings. Portuguese Pointers nearly became exciting in the 1900’s, but were saved by a dedicated group of breeders. They are unusual in that their populations did not suffer too much during the First and Second World Wars.

Portuguese Pointers are still most commonly found in their country of origin, but deserve a great deal more notoriety. They are smart, sweet, and hardworking dogs. They enjoy the company of children and other dogs and can be trained to accept all sorts of other pets, from cats or horses.

Portuguese Pointers are not well suited to apartment life. They are energetic working dogs that require a great deal of physical and mental exercise. They still do best in a family where they can hunt, which is after all their primary purpose, but can adapt to a more domestic life as long as they are given space and plenty of time outside. For these reasons, they are much better suited to life in a suburban home with a fenced in yard or a rural home.

Portuguese Pointers are rare in the United States, as there are only about 200 of them in the entire country! Many breeders of Portuguese Pointer in the USA breed them to be hunting dogs and might not give a puppy to a home that doesn’t intend to hunt with them. If you are just looking for a pet, you might need to do a lot of research and be prepared to be put on a waiting list for a puppy. You can also import one of these special dogs from Portugal, where they are more popular, which gives you a great excuse to visit!