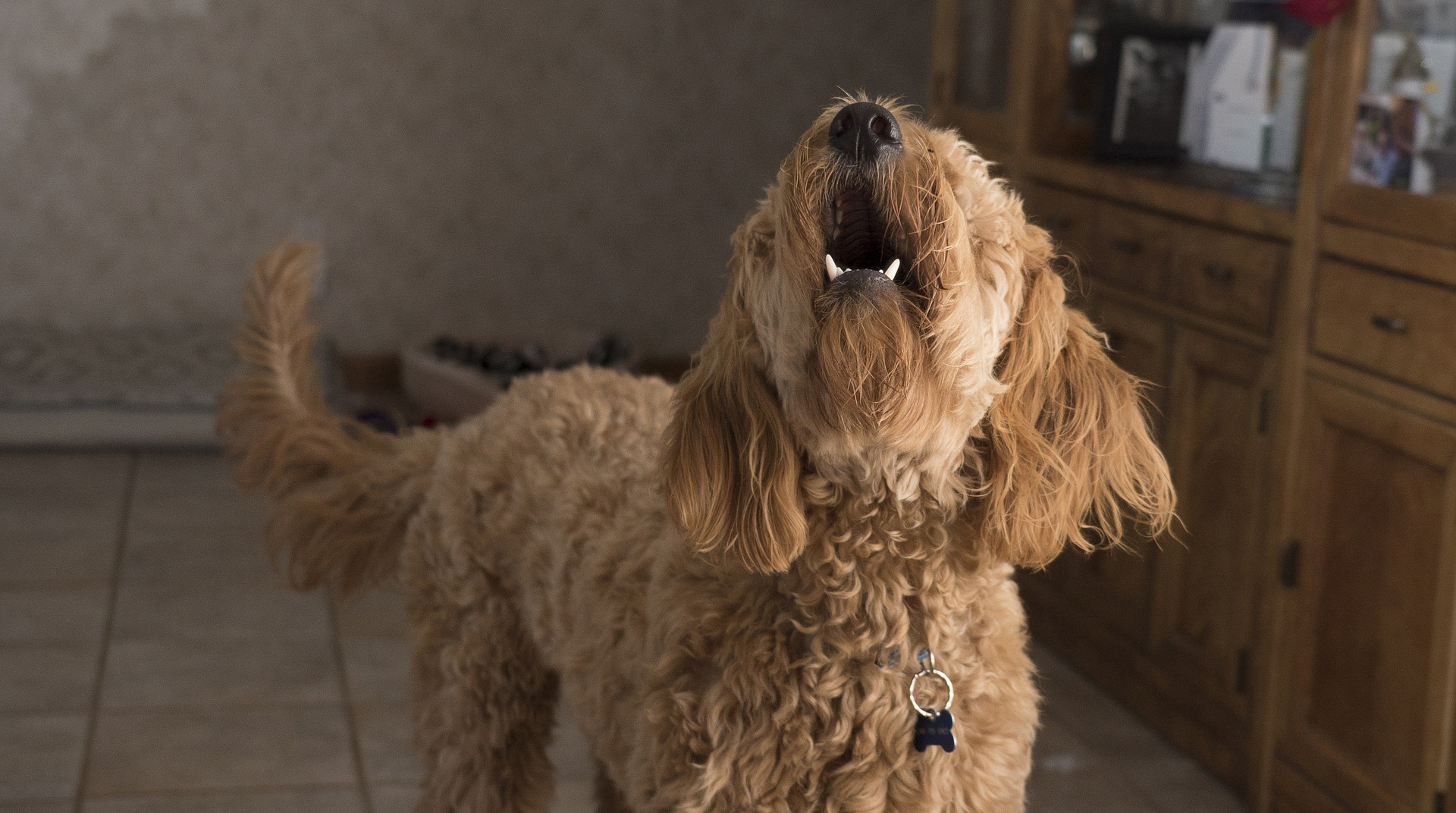 Dogs Sounds and What They Mean

Dog sounds are unique and each one has a different meaning. Have you ever asked yourself, “Why do dogs howl?” Or, “Why do dogs whine?” While most people are familiar with barking, many don’t understand the other dog sounds. In this post, we’ll try to figure out what our furry friends are trying to tell us.

Even without words, dogs can communicate. There are some breeds that can make more distinct sounds than others. According to the American Kennel Club, Siberian Huskies can talk! The club also reported that Rottweilers purr, Basenjis yodel, and Shiba Inus scream. But for the most part, dogs typically make the following sounds, the AKC reported:

Let’s see what our four-legged friends are trying to tell us with each of these noises:

When a dog is barking, he or she may be expressing one of the following emotions: joy, fear, anger, awareness, or frustration, the AKC reported. Different breeds have different barks. For example, a Chihuahua has a high-pitched yap while a Great Dane has a deep intimidating bark.

“A dog that barks when you get home, wags her tail, and bounces around with her favorite toy is probably telling you she is happy to see you,” according to the AKC. “A dog in your neighbor’s yard that runs along the fence, snarling and barking when you get too close, however, is probably letting you know that this is her territory, and you are not welcome.”

Dogs may often bark when someone knocks on your door to tell you someone is there… even if you already knew! The more you pay attention to your dog’s barking, the more likely you are to figure out the different types of bark your dog is capable of. Are they wagging their tail? Does the pitch of your dog’s bark change in different situations?

Why do dogs howl? 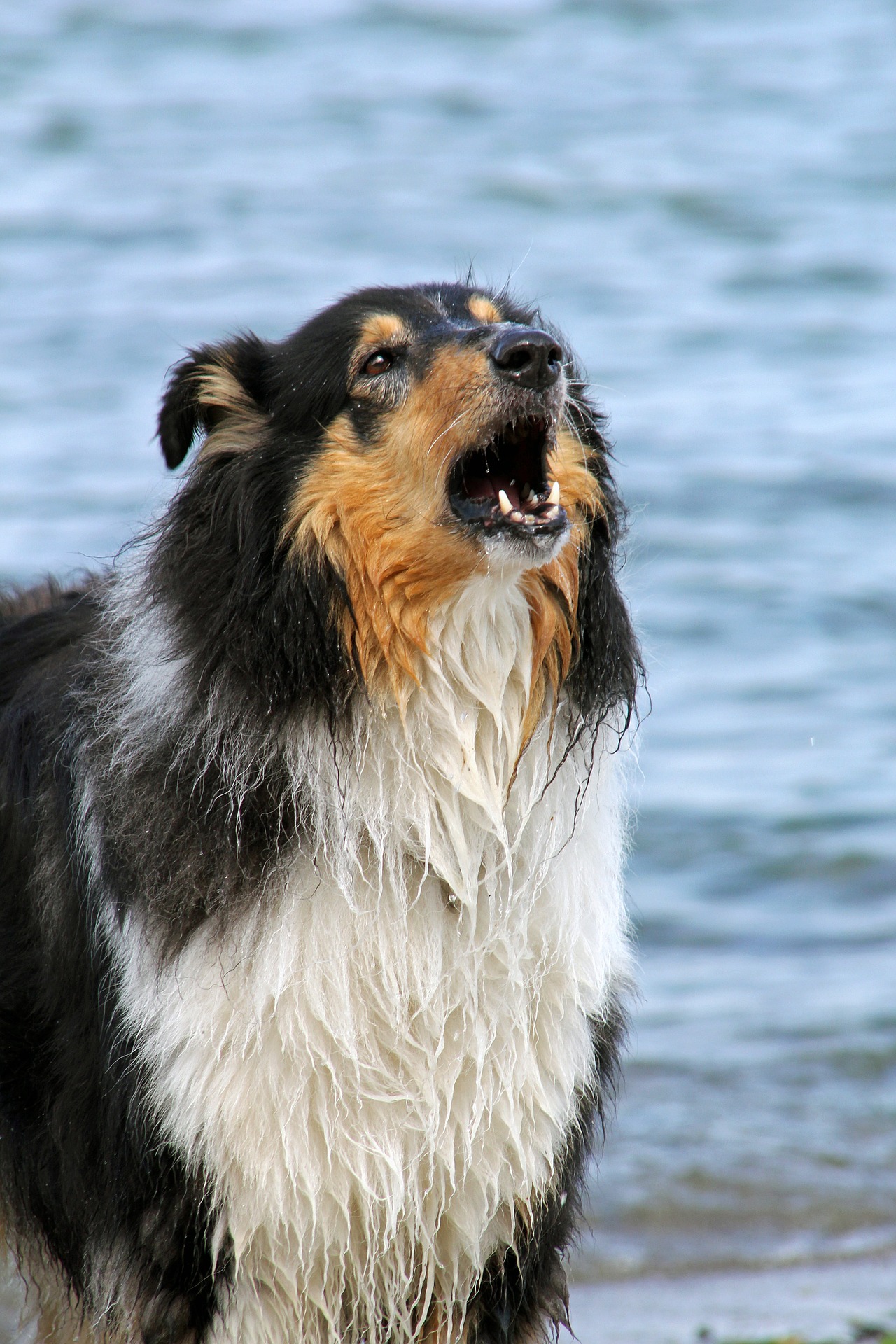 The howl is often used by a dog trying to talk to its owners, the AKC said. Howling is also often contagious among dogs, like yawns are among humans. Howling also differs between breeds. Some, like Siberian Huskies, may be caught howling often, while a Chinese Share-Pei is a quieter dog that is less likely to be found howling, according to vetstreet.com.

Dogs may whine as much as they bark! When your pooch is looking for something like food, they may whine at you. If your pup is whining at the door, he or she may want to go out.

Whining can also mean your dog is feeling anxious or is in pain.

“If your dog seems uncomfortable, is panting and whining, and his behavior or appetite has changed, he could be whining in pain. As with barking, the trick is figuring out the context surrounding the whine,” according to the AKC.

No one likes to hear this sound from a dog. A growl mostly means, “stay away from me,” or “stop what you’re doing.” Consider a growl a warning. Except for when you’re playing with your beloved pet, according to the AKC, a growl may then mean, “look at how hard I can tug on this rope, pull harder!”

Dogs sigh to express their disappointment or when they are puplaxin’.

“Puppies moan and groan when they are settling down for a nap, and adults may sigh as they relax in your lap or on their dog beds,” the AKC reported. “If your dog pesters you to play or go for a walk, however, and then flops down on the ground and lets out a long sigh or groan, she could be disappointed that she has not gotten what she wants.”

A few other things to keep in mind when trying to understand your dog’s noises, pups tend to yawn when nervous, not tired like people. The most important thing to do when trying to learn about the sounds your pup makes is to pay attention. Listen closely to the sound your dog is making and the corresponding situation. What triggers sounds in your furry friend? Maybe even keep a sound journal, as you would a food diary, to keep track of any patterns. You and your dog will be speaking the same language (or at least communicating better) in no time!