What is genetic inheritance? How does genetic recombination work?

Why do human siblings not look exactly alike? Why do canine littermates often look different from each other? Even though puppies will receive half of their DNA from their mother and half from their father, the chromosomes they inherit are “shuffled” around in a process called genetic recombination. This means that any two non-identical siblings are going to have some genetic differences. Learn more about how this works, and see an example in action, with Dr. Adam Boyko in this video. 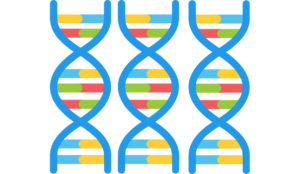 Back to More Genetics At-Home Topics