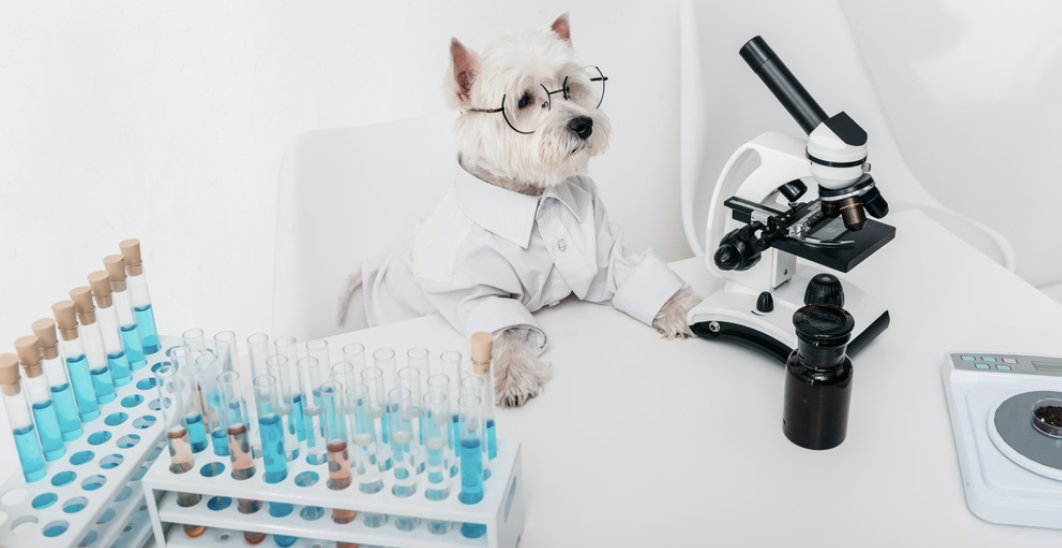 When the news arrived that dog DNA testing would be made available, there was a mix of reactions. Some people were angry as communities were using it to see if pooches had a mix of any banned breeds. Some people were happy with the possibility of determining the appropriate disease prevention for their fur baby. Still, some others were just curious as to what would show up in their mutt’s background.

Since humans and dogs share 84 percent of their DNA, whatever your initial reaction to doggy DNA testing, it is now evident that it’s helping humans in a big way. I wasn’t one of the original adopters to jump into analyzing my dogs’ genetics when the first DNA test kits appeared, but after newer companies like Embark took charge on improving the approach and making it more user-friendly, I could no longer stay away; I had to test it out.

Today, I see major benefits to ensuring progress in this field. This is thanks to companies like Embark that continue to invest in studying canine genetics. DNA testing helps our dogs by way of breeding out fatal diseases and allowing our companion animals to live longer. It also provides major benefits for humans.

Here are six of the most inspiring ways that the study of canine genetics is helping humans:

People with Multiple Sclerosis, Lupus, and Diabetes Type 1 have lives that are shaped and altered by their disease. The University of Melbourne Faculty of Veterinary Science is testing dogs that have autoimmune diseases. They’re hoping to isolate not only the genes that cause autoimmune disorders. They are also looking at what genes may offer immunity to these disorders. By then studying patterns in these genes, scientists may develop treatments for humans to prevent or better manage these illnesses.

Many diseases of the eye affect both dogs and humans, like retinitis pigmentosa and cataracts. Any advances on either side of the board will benefit the patients on the other side. In fact, scientists are in the early testing phases of restoring sight in humans. They are doing this with retinitis pigmentosa using gene therapy discovered, in part, by testing canine genes. The first round of testing showed positive results in some patients. Therefore, the company is ready to move forward with the second phase of clinical testing.

Most dogs have an innate instinct to turn to humans for help. When presented with a problem they can’t solve some dogs will keep trying, but some dogs look to a nearby human for a solution. By surveying the genes of both groups, scientists were able to find two genetic markers in dogs that are also linked to human behavioral disorders like autism, schizophrenia, and ADHD. Now scientists can perform gene therapy studies on canines. Further, they can develop therapies that will benefit humans suffering from mental disorders.

As in people, cancer numbers in dogs are on the rise. Cancer is the top killer of dogs over the age of 10 years old. To add to the similarities, some cancers in dogs are identical at the molecular level to some cancers in people. The results of drug trials in dogs are highly predictive of what the results will be in humans. An added bonus is that data collected in canine studies can be used to rapidly get information to the FDA. This results in a faster process time for applications for human trials. In fact, in 2017, a clinical trial for children with life-threatening cancers was fast-tracked because of the work already done on man’s best friend!

While dogs from lots of different breeds can suffer from epilepsy, some breeds are more prone to it than others. Scientists have found that pups from Miniature Wire-Haired Dachshunds and those from the breed Lagotto Romagnolo have two different underlying genetic factors contributing to this disease. Another study using Rhodesian Ridgebacks yielded truly groundbreaking work. That study pinpointed a gene that has never been considered as a marker for epilepsy before.

This genetic disorder occurs in humans. It causes non-cancerous skin growths, lung cysts, and kidney tumors that can be both benign or cancerous. It has been discovered that the gene that causes Birt-Hogg-Dubé Syndrome in humans also causes a similar disease, called RCND, in German Shepherds. The gene codes for a protein called folliculin. Scientists associate this protein with the cause of disease in both human and canine patients. The study helped to determine different versions of the gene, one of which may directly contribute to Birt-Hogg-Dubé Syndrome.

After all the studies using human DNA and the studies involving mice and other lab animals, why are canine DNA studies so important? Well, there are a few reasons why the dog studies yield more advances in the human medical field.

Scientists are currently making advances in human healthcare from the study of canine DNA in these areas, to name a few. With dog DNA, there is a smaller privacy risk than with human DNA. This means there is a broader field of sequences to study. With Embark being the world leader in canine genetics, taking charge to lead this new and exciting industry, and encouraging pet owners to contribute to further advancement in the field — we are in good hands.

If you would like to donate your dog’s DNA to help fight human illness there are several facilities that accept them, including the Cornell University Hospital for Animal’s Biobank. Those who submit their dog’s DNA to Biobank get a discount on an Embark kit. You can also email the University of Melbourne Veterinary Clinic and Hospital or fill out this application for the Canine Health Information Center for a mail-in kit. You can also go here for information on how to donate DNA for dogs AND cats. If you don’t have a pet, but still would like to support the cause, click here to find out how to make a monetary donation to labs working to use dog DNA to fight human diseases.