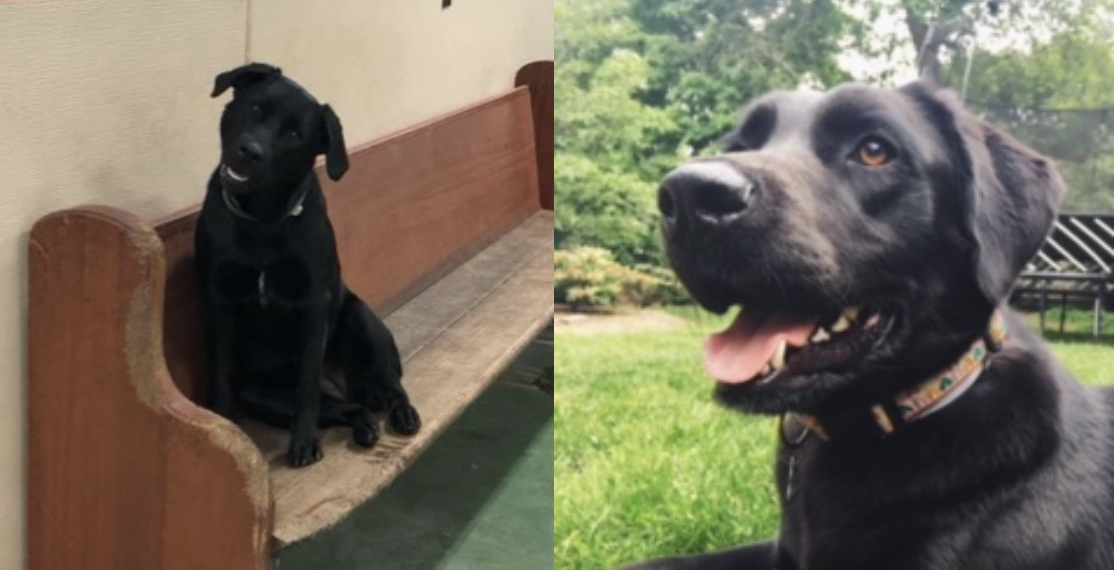 It’s a happy day when you’re reunited with your sibling! For Faith and Lulu, their reunion was full of licks and wags. These two sibling dogs were recently reconnected at Castle Island in Boston where they spent the afternoon playing in the water. Both dogs were from the same litter but adopted by different families from the Northeast Animal Shelter in Salem, Mass. The families didn’t know each other, or know that their pups were related until the dogs were tested with Embark! 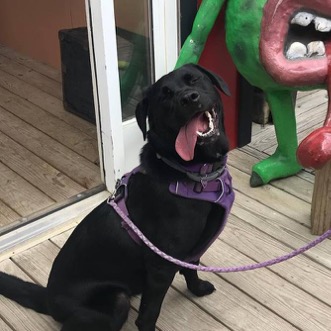 Chris and Jenny adopted Faith when she was 12 weeks old. They had recently lost their dog and were in the market for a new puppy. For Jenny, it was love at first sight when she saw Faith at the shelter. She stuck her fingers into the cage, and Faith came and rubbed up against her hand. From that moment on, Faith had a new home.

Today Faith is 17 months old. Her favorite activity is going to the dog park to play with other pups. She is super active and loves running after the tennis ball (however, she’s not great at bringing it back!). Faith enjoys chasing the family’s cats around the house and is always waiting for Chris and Jenny to play with her. Faith also experiences a bit of separation anxiety, which Jenny later found out that Lulu does too. 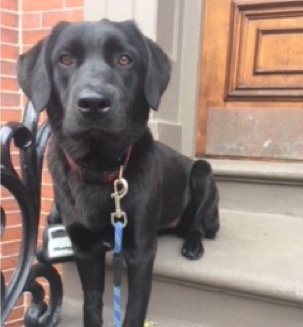 Jeff and Julie found Lulu at the Northeast Animal Shelter when she was 11 weeks old. Their family already had two children, a 9-year-old boy and a 12-year-old girl, but they were looking to adopt their first dog! The shelter told Julie that Lulu had a sibling, but they couldn’t release any information about who adopted that pup.

Lulu is now 17 months old and a great dog. She is shy, very calm, and has had separation anxiety since she was a puppy. Julie used to take Lulu everywhere with her to avoid leaving her alone. After some training to help her adjust, now Lulu can stay home alone, but she is often sitting in the window when Julie comes back home. Lulu is also very active like Faith! She loves playing with other dogs and wrestling on the floor with Julie’s son. Lulu also goes on adventures twice a week with her best friend, and neighbor dog, Chai!

Both families were interested in learning more about the breed mix of their dogs, so they separately had their pups tested with Embark. With Embark’s mix-match buddies feature, your results show you other dogs in Embark’s database that are genetically similar to your own. When Chris and Jenny received their Embark results, they saw that Faith and Lulu were mix-match buddies. Furthermore, the dogs had a 99% similarity score! This is incredibly high and the dogs looked identical! They knew that there was meaning behind this match and reached out to Embark for more information. Embark shared Julie’s contact info with Jenny, and the rest is history.

Julie was really excited when Jenny reached out to her about Lulu. They texted pictures back and forth of their dogs, comparing how similar they were. Then they set a time for the pups to meet up and play! The video below shows Lulu and Faith’s reunion at Castle Island. According to Julie, it was like the dogs sensed something and instantly loved each other. It took less than a minute for the pups to be running around like siblings. Jenny says that the dogs greeted each other in the same way and you really couldn’t tell Faith and Lulu apart when they were playing!

A few months after the meet-up, Chris and Jenny moved to Tarrant, AL. Jeff and Julie are still located in Boston. Due to the long-distance, currently there are no play dates scheduled for Faith and Lulu. However, you never know what the future will hold!

For more information, check out Faith and Lulu’s Embark results!