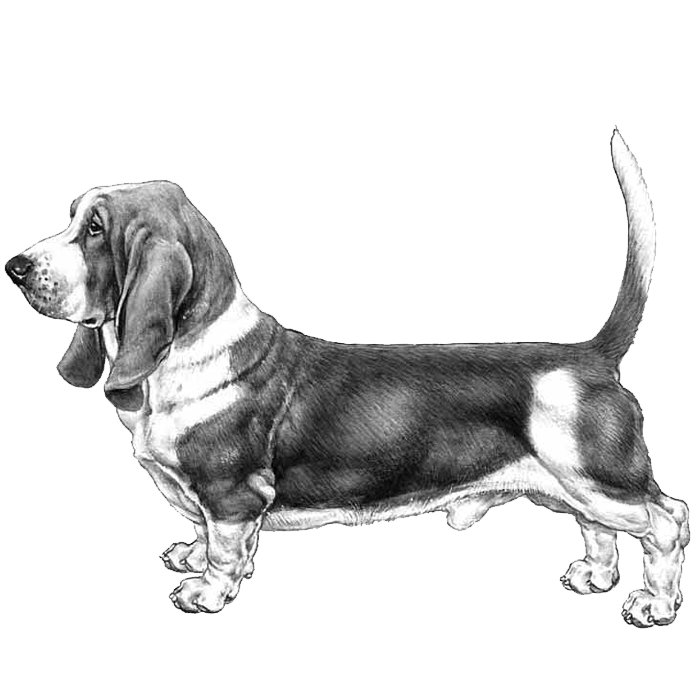 The Basset Hound was featured on the cover of Time Magazine in 1928.

The Basset Hound was bred in France to hunt small game. While the first mentions of the Basset dog were in a hunting book dating back to the 16th century, Basset Hounds likely descended from the 7th century St. Hubert Hound hunting dog from the Ardennes forest region of France. One line of these Hubert Hounds developed into the Bloodhound we recognize today, while another line likely developed into small legged, slow moving hunters that we call the Basset Hound. They grew popular and were imported to Britain and the US during the 19th century. The breed was recognized by the AKC in 1935, and the charming Basset Hound surged in popularity around the mid 20th century, growing to be the widely adored canine it is today.

The Basset Hound is a short dog with particularly short legs compared to their standard sized body. Their droopy eyes and long flappy ears contribute to their overall unique appearance. Their striking image is matched by their intriguing personality – often stubborn but also playful and humorous. Basset Hounds make for affectionate family pets, once you overcome their stubbornness and are comfortable dealing with their plentiful drool. They shed regularly, requiring regular brushing while they also can demand weekly bathing to avoid their ‘hound odor’ becoming too much. This lovable breed is the 39th most popular dog.