Due to high demand, Embark and USPS are experiencing shipment delays. Your order may take up to 2 weeks to process.
Breed List 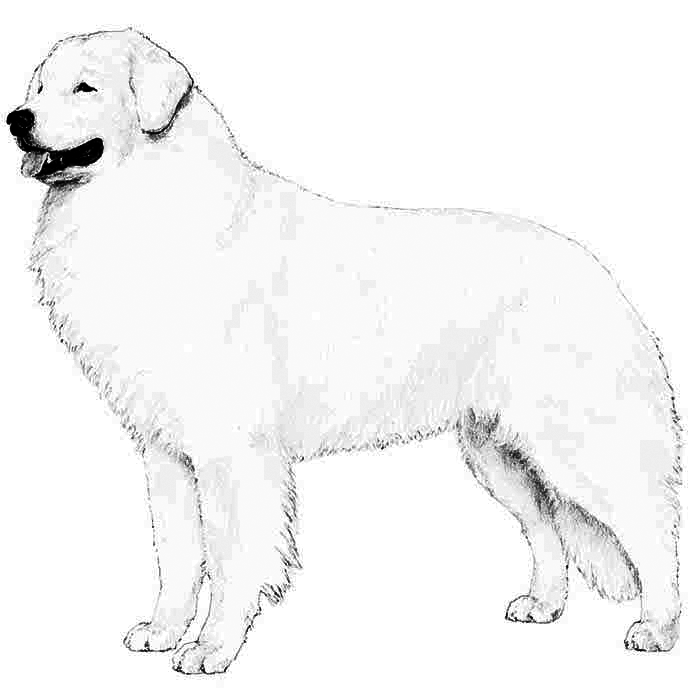 Kuvaszs are an ancient guardian breed from Hungary. With their white coats and majestic appearance, they are certainly unmistakable. They have long been prized for their ability to guard livestock and the home, and written records of dogs that greatly resemble Kuvaszs date back hundreds of years. They are still well loved today in Hungary and throughout the world.

Kuvaszs are an ancient guardian breed from Hungary. With their white coats and majestic appearance, they are certainly unmistakable. They have long been prized for their ability to guard livestock and the home, and written records of dogs that greatly resemble Kuvaszs date back hundreds of years. They are still well loved today in Hungary and throughout the world.

It is likely that Kuvaszs were brought to what is now modern day Hungary by nomadic tribes that moved across trading routes around 2000 BCE. This makes them one of the oldest European breeds of dogs, as most breeds can only trace their origins back to the Medieval period. Kuvaszs became especially popular when humans became more agrarian and finally had something for the Kuvaszs to protect: their homes, their crops, and their livestock. Their popularity continued throughout history until World War II, when Kuvaszs were killed to almost the point of extinction. Breed fanciers in Europe brought them back in the years after World War II, and while they are still used as livestock guardians, they are also commonly kept as pets.

Kuvaszs, unlike many other guardian breeds who were bred to be territorial and suspicious of strangers, are actually a very happy breed. They are extremely friendly, though they can be reserved with strangers. They are also a good choice for families with children. They are protective of their family, but never outright aggressive unless provoked, and are extremely intelligent. This intelligence and unique character make them easily trainable, but they definitely need to be trained early and have to be taught the difference between friend and foe. They are smart enough not to want to do something unless they think it’s necessary, so if owners are looking for a dog to perform tricks and compete in obedience training, they might be disappointed.

Kuvaszs aren’t generally a great breed for homes with other pets, including dogs. They should also be supervised in public, unless carefully trained. Because they are a guardian breed that was trained to attack coyotes, wolves, and other wild canines, Kuvaszs have a tendency to be territorial and potentially aggressive with other dogs. However, if they are well trained and socialized from an early age, they can exist peacefully with other pets. Due to their large size and love of the outdoors, they are unsuited for apartment life and will do better in a suburban or rural environment.

The Kuvasz is an ancient breed of a livestock dog of Hungarian origin. Mention of the breed can be found in old Hungarian texts. 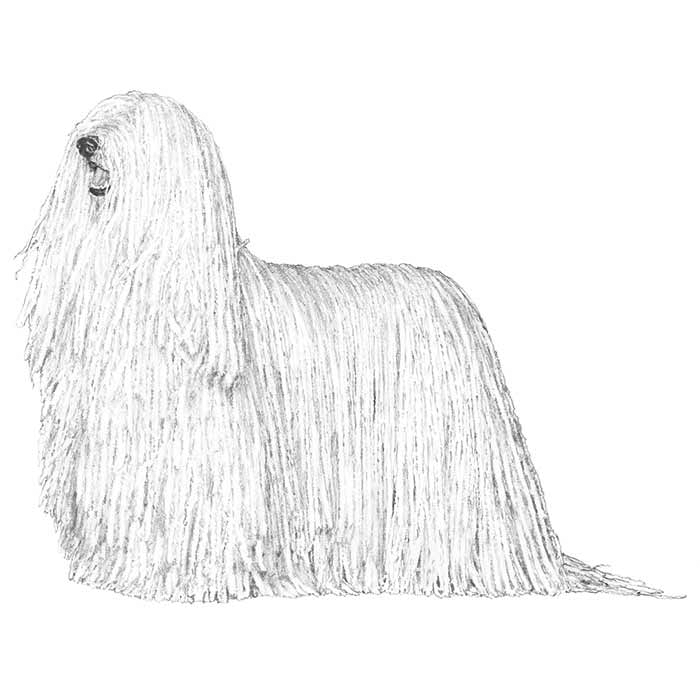 The Komondor (in Hungarian, the plural form of komondor is komondorok), also known as the Hungarian sheepdog, is a large, white-colored Hungarian breed of livestock guardian dog with a long, corded coat.