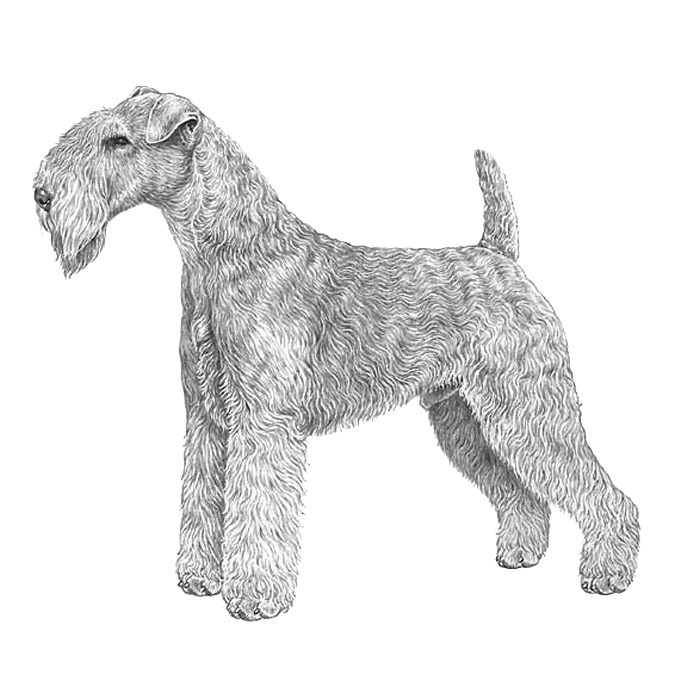 The Lakeland Terrier is an energetic little fellow and is one of the oldest terrier breeds. Their original pupose was to hunt foxes, which their size and intelligence allowed them to do so with ease. Today they are primarily found as wonderful companions.

Lakeland Terriers, whose name derives from the Lake District in England, are one of a handful of Terriers that originates from the United Kingdom. These independent and feisty little dogs are the smallest of the “black and tan” Terriers, which include other larger dogs like the Airedale.

Lakeland Terriers are a relatively new breed. The first Lakeland Terrier club only came into existence in the late 1920s, but they were probably around longer than that. At that time, they were kept as hunting dogs and prized for their agility. They weren’t as small as other hunting dogs in England, so they could trot alongside their owners rather than be held in a small carrier like their predecessors.

Lakeland Terriers are very friendly dogs—they get along well with all sorts of people and even do well with children, provided they are introduced to them early. This may sound unusual because Terriers are not known for their patience with children; however, Lakeland Terriers break the mold. They are good-natured and highly energetic. Despite their high energy, they do make very good apartment dogs as long as they are taken out for long daily walks and given plenty of time to exercise. If not, they will go about entertaining themselves—and with dogs that’s never good. Lakeland Terriers also benefit from mental stimulation, so they will enjoy playing with a puzzle toy or munching on a bone.

Lakeland Terriers will also do well in suburban or rural homes. In fact, they may prefer it. While they are rarely used for hunting inside of the United Kingdom—and even less so in other countries—they still enjoy the outdoors and will excitedly chase all manner of small critters in the yard.

And because of this instinct to chase smaller mammals, they really can’t be trusted around small rodents, like hamsters or ferrets. If prospective owners keep rodents in the home, they may want to think twice before bringing a Lakeland Terrier into their life. Even the most socialized Terriers will have a hard time controlling those instincts, so keep them separated from rodents.

Prospective owners might have a hard time finding Lakeland Terriers in the United States. While they are fun loving and active dogs, and deserve much more popularity, they are still a relatively rare breed outside the United Kingdom.