Save $50 on a Breed + Health Kit with code BIGLOVE.
Breed List 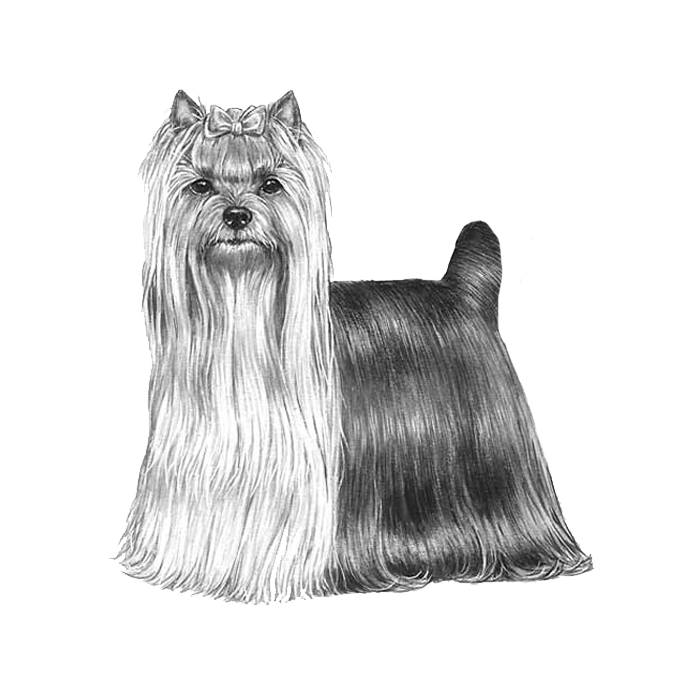 Petite but proud, the Yorkshire terrier is a popular toy breed with a silky, low-shedding coat.

In the book the Wizard of Oz, Dorothy’s dog, Toto, was a Yorkie. However Toto was played by a Cairn Terrier in the 1939 movie.

Yorkshire terriers are one of the smallest breeds of dog, and also one of the most popular. Originally called “Scotch terriers”, they were developed from small terriers in Scotland in the mid-19th century. They were prized for their long, silky coats and for their courage and affection. After more selective breeding in England, they were renamed Yorkshire terriers (or “Yorkies”) in 1870. The Yorkie was later recognized by the AKC in 1885. Although in the toy group, Yorkies are pure terriers, descended from consummate ratters.

Their single coat is long, straight, and low shedding. As puppies, their coat is a striking black and tan that fades to blue and gold in adulthood. Like other toy breeds, Yorkies are prone to hypoglycemia and to traumatic injuries, so avoid abrupt changes in feeding and rough play.