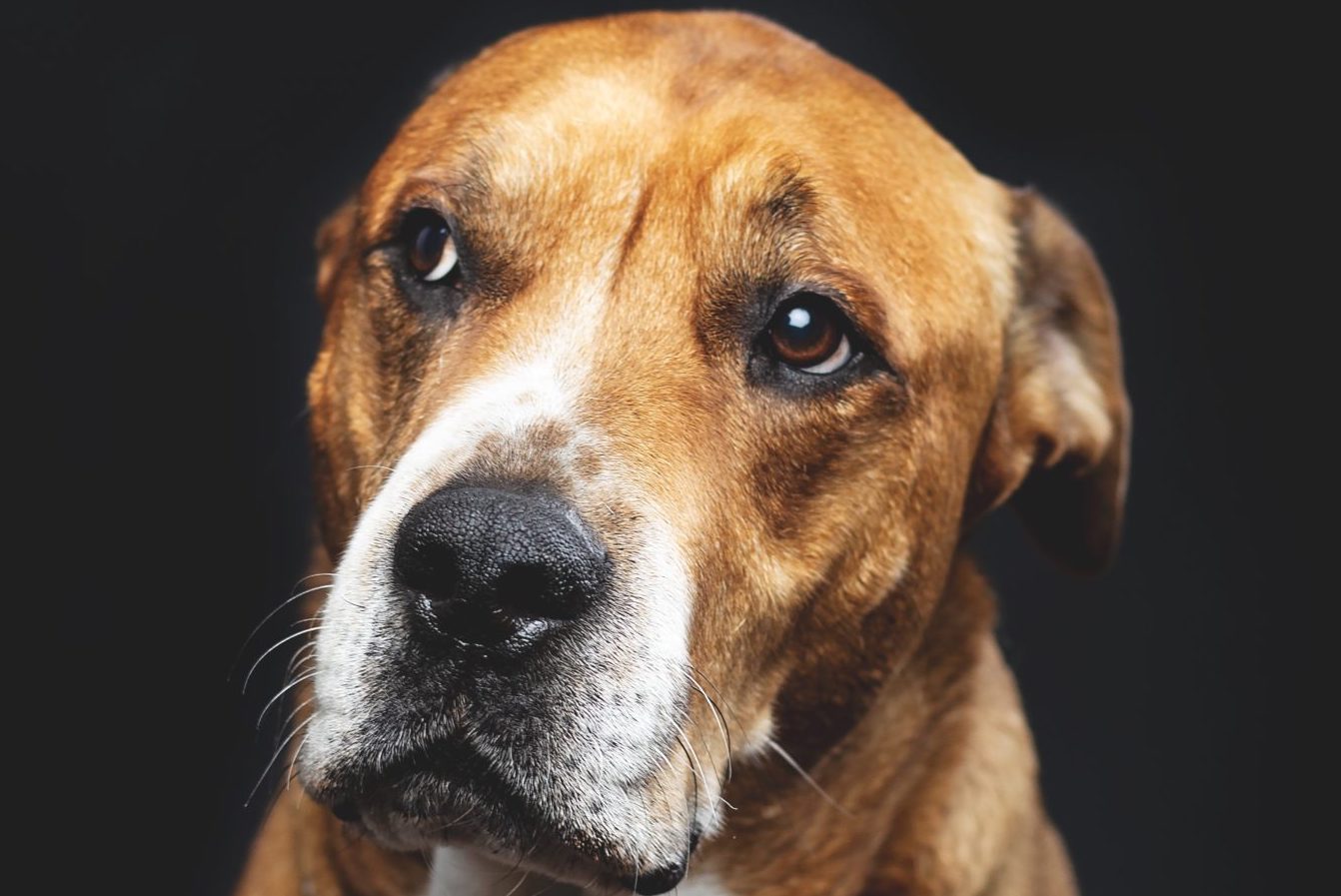 Progressive retinal atrophy (PRA) is a hereditary condition that results in vision loss in dogs (as well as humans). Blindness has many causes and can be a common health issue in dogs, especially if they’re older. It may sound scary, but dogs are able to cope well with blindness thanks to their other senses. PRA specifically is a non-painful loss of vision that occurs over a period of time. Loss of vision can take 1 to 2 years to be complete.

The retina perceives images through photoreceptors that collect information about light. There are two types of photoreceptors in the retina: rods and cones.

Rods gather information about light intensity and are used more for night vision. Cones distinguish between colors and are more helpful for day vision. In most forms of PRA, the rods degenerate first so a dog’s night vision will wane before its day vision.

Embark tests for over a dozen different mutations that are known to cause PRA in one or more breeds. Most of these variants are recessive, meaning a dog must inherit a copy of the variant from both parents to be at risk for PRA. Some mutations, like the one found in English Mastiffs and Bullmastiffs, are dominant, however. Only one copy of a dominant variant is needed to put a dog at risk of developing the disease.

How to tell if your dog has PRA

A comprehensive ophthalmologic examination by a veterinarian is the only way to diagnose progressive retinal atrophy. Most owners won’t think to check for it until they start observing signs that their dog’s vision is deteriorating. Signs that a dog is having a hard time seeing include:

If a dog with suspected decreased visual acuity is brought to a veterinarian, the vet will typically perform a pupillary light response test where a light is shined in the dog’s pupils to test the speed at which they contract. The vet may also look closely at the dog’s retinas for classic signs of PRA as well as examine the eyes for other issues that could decrease vision (like cataracts or a mass). From there, the vet may give a referral to a veterinary ophthalmologist for more sophisticated testing.

Aside from a vet’s diagnosis, a DNA test can tell owners if their dog is a carrier or at risk for multiple forms of progressive retinal atrophy. Embark’s Breed + Health Kit tests for over a dozen types of PRA (along with over 190 other health conditions).

Some forms of PRA have no known genetic variant, which means they can’t be tested for. It’s possible for a dog who tested clear for PRA to develop one of these unidentified forms. It’s important to note that a DNA test is not the same as a diagnostic test; only a veterinarian performing an ophthalmic evaluation can diagnose the disease.

When do signs of PRA start to show in dogs?

The age at which signs of visual impairment begin to show in dogs varies depending on which variant of PRA they have. Here are the average age estimates for the onset of PRA with each variant Embark tests for:

Some forms of PRA are not completely penetrant, meaning they may not develop into clinical symptoms.

What to do about PRA

Currently, there is no treatment for progressive retinal atrophy in dogs. Dog DNA tests can help breeders stop PRA from being passed on, though. By looking at the results in their breeding population, they can avoid breeding two carriers together to decrease the chance of producing at-risk puppies.

Loss of vision doesn’t have as severe an impact on dogs as it would on humans, though. Dogs can rely on their senses of smell and hearing to make their way through the world. Because the condition is progressive, dogs will adapt to it steadily over time and get used to living without their sight. Even if a dog adjusts well to vision loss, it’s important to have regular vet visits to check on secondary issues such as cataracts.

There are steps owners can take to help their dogs adjust to being vision-impaired. Keeping furniture in the same place will help them navigate their home environment based off of memory. Any visually-impaired dog should be kept on a leash when they’re in an unfamiliar environment or somewhere with dogs they’re not familiar with. They should also be trained with verbal commands instead of just hand signals.

The Humane Society has further guidance on how to keep a blind dog safe, such as using scent and tactile markers to denote certain sections of their environment.