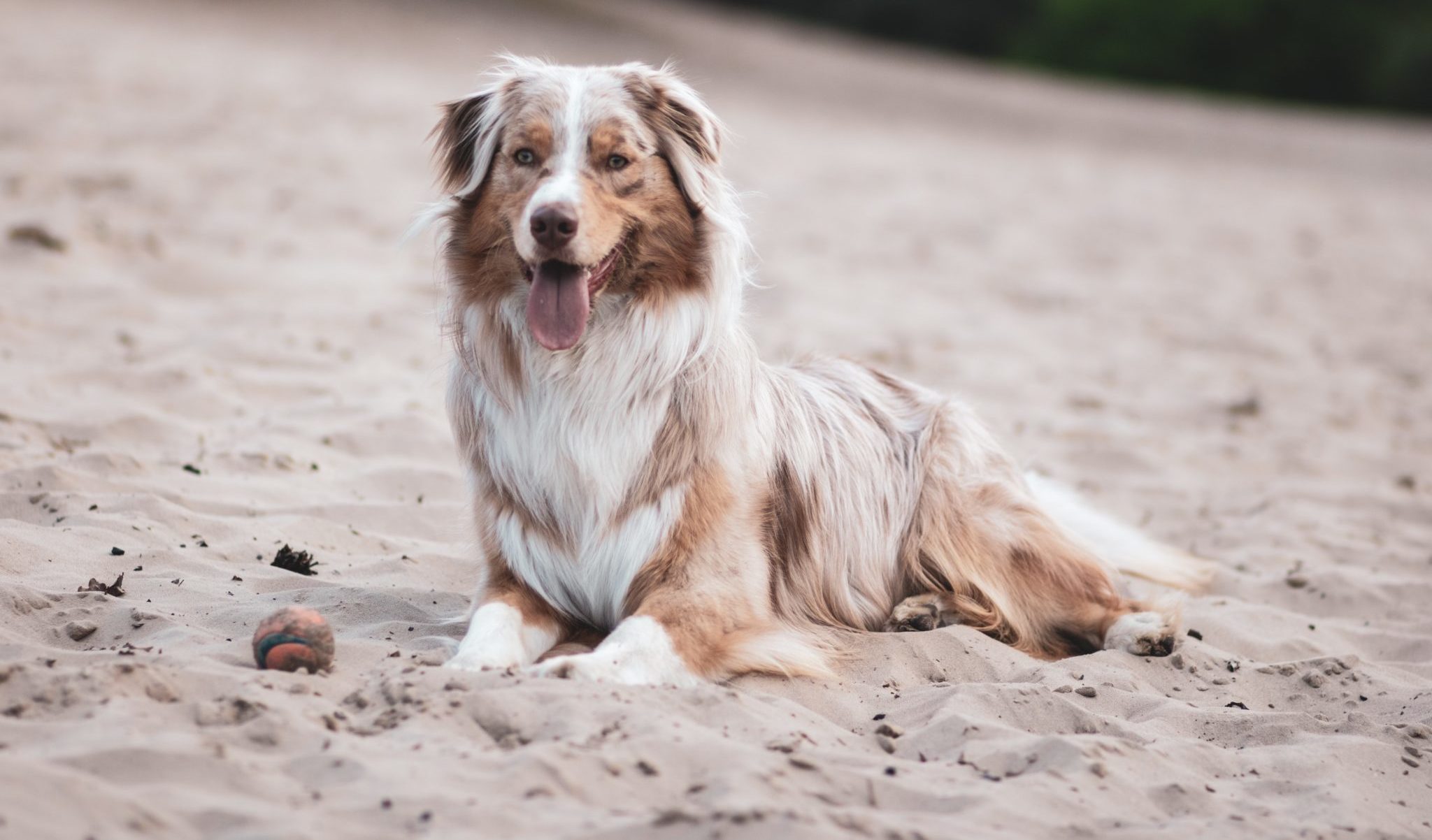 Embark is delighted to announce that we are now able to include testing for M Locus, or merle coat color, as of July 11. All dogs receiving results after August 1, 2018 should have the addition of a genotype for merle on their Traits page.

M locus drives the merle coat patterning that is common to several dog breeds including the Australian Shepherd, Catahoula Leopard Dog, and Shetland Sheepdog, among many others. In Dachshunds, this color pattern is known as “dapple.”

Beautiful merle dogs for your enjoyment: 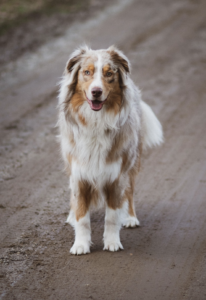 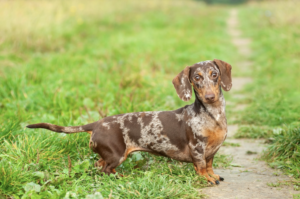 What is merle at the genetic level?

This has to do with the nature of the M* mutation itself. M* is actually a specific type of transposable element (a “jumping gene,” a vestige of a retrotransposable viral element) known as a SINE. This SINE has jumped right into a gene involved in coat pigmentation called PMEL, thereby disrupting its function (as described in Clark et al, 2006). This is not uncommon–lots of dog diseases and coat color patterns arise from SINE insertions, such as the saddle tan coat pattern, centronuclear myopathy in Labrador Retrievers, and early retinal degeneration in Norwegian Elkhounds.

What is uncommon about M* is that it can, and does, mutate rapidly a single generation, or even across a cell division. This means that a phenotypically merle dog can produce puppies with different lengthed merle allele. A merle dog could also have several merle alleles–these dogs would be called mosaics. And, the length of the merle allele determines the coat pattern of the dog.

Below is a schematic of the different-lengthed M* alleles that were recently described in Langevin et al 2018. From short to long, they are: cryptic merle (Mc), atypical merle (Ma and Ma+), classic merle (M), and harlequin merle (Mh); we have also included the effect on coat that each allele confers.

As you can see, only one end of the M* allele changes in length (the blue tail depicted above)–this end can and does affect the ultimate coat pattern of the dog. However, due to the nature of microarray-based technology, Embark only queries the invariable end–the end that doesn’t change. We can reliably detect the invariable end in every merle dog we’ve queried. However, if you want to make breeding decisions around merle, the length of the variable end matters.

In general, when breeders apply merle testing as part of their breeding decisions, they’re worried about producing double merle dogs. Double merle dogs are dogs with two copies of the classic merle (M) allele. These dogs are often dramatically depigmented, as you can appreciate in the pup below, and can have significant visual and hearing impairment. Due to its negative effects on quality of life, producing dogs with this genotype is discouraged. A double merle dog will test “M*M*” with Embark. 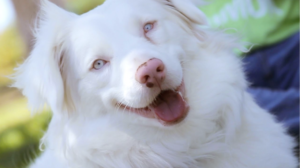 However, a dog like this could ALSO have tested “M*M*” on our Embark array. 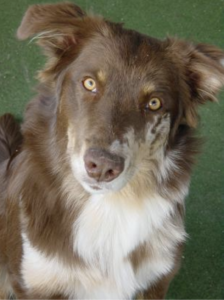 This unusual coat pattern, which some might call “minimal merle,” is almost certainly due to mosaicism leading to just a segment of the coat being that patchy merle pattern. So if we had gotten this dog tested for specific merle alleles, the genotype might end up as something like Mc/Ma/Ma+. However, a dog like this has no issue seeing or hearing. They could certainly be used in a breeding program, but Mc+ and Ma dogs should not be bred to M dogs as there is a risk of producing a double merle. Right now, we can’t tell exactly what M* allele your dog has–just that he or she has it. As such, if you plan to use your merle results for breeding, we do suggest that you pursue more detailed testing such as that offered by Tilia Labs (formerly Vemodia).

Hopefully, this has clarified the unique case of merle. We are thrilled that we can now offer this to our Embarkers to help you gain greater insights into your dogs. Please do not hesitate to reach out to us at breeders@embarkvet.com with any questions or concerns.

Want to learn more about DNA genotyping? Check out our blog post on how it works!

Has your dog been Embarked, yet? Order yours today to use test your pup for merle coat color!