Surprise! What you need to know about your Basenji Mix

Penny’s “Basenji” story – I adopted my mutt Penny from an animal shelter in Rochester, NY. The shelter labeled her as a “Terrier-Basenji” mix. She certainly had the curly tail of a Basenji, but many dogs have curly tails. As a dog geneticist, I knew that if she truly was part Basenji, it would become very clear with a dog DNA test. So I got to work in my lab testing Penny’s DNA to see what she really is. The answer from her dog DNA test results? Zero Basenji ancestry.

Basenji in your pedigree? 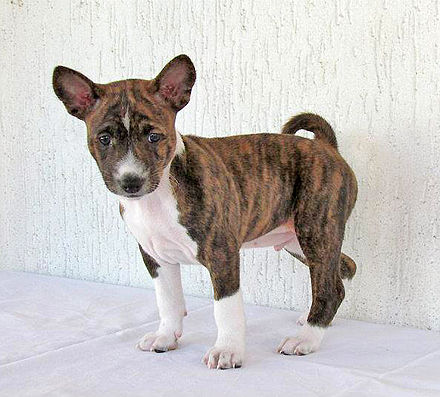 This got me thinking. Of all the possible dog breeds, why was Penny labeled as a Basenji mix? Basenjis are relatively rare dogs, like Keeshonds and Borzois. If you have heard of Basenjis, but not of Keeshonds or Borzois, I’m not surprised—on Petfinder there are 15 times as many Basenji mixes as there are Keeshond or Borzoi mixes. How can this be? Are Basenjis hooking up with other breeds far more often than anyone realized to create this flood of Basenji mixes? Or, more controversially, are there hundreds of thousands of “Basenji mixes” that are actually something else entirely? Are owners being deceived by their dog’s appearance and by shelter workers?

Basenjis are not the only breed to have curly tail, prick ears, and proud gait. Those traits are common in many other dog breeds, like Shiba Inus. Each trait can be found individually in dozens of breeds, so there are many ways to get a dog that looks like a Basenji mix! Most shelters label breeds by appearance rather than taking a dog DNA test. If shelters and owners are identifying the breeds in these mixed breed dogs by their appearance, why are so many mixes labeled part Basenji rather than, for example, part Shiba Inu? I don’t know for sure, but I suspect it’s because Basenjis have such a cool story. 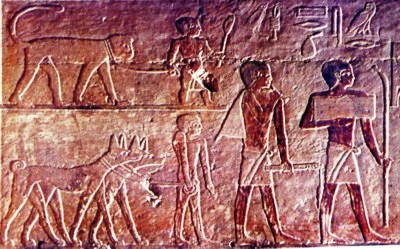 Basenjis are a truly ancient breed. They’ve been around for thousands of years. With their pricked ears and slim, streamlined body shape, Basenjis look and act like noble hunters. Look at the hunting dogs of ancient Egypt and you could be looking at a Basenji. One tomb in Egypt contains 8 million Basenji-like dog mummies! 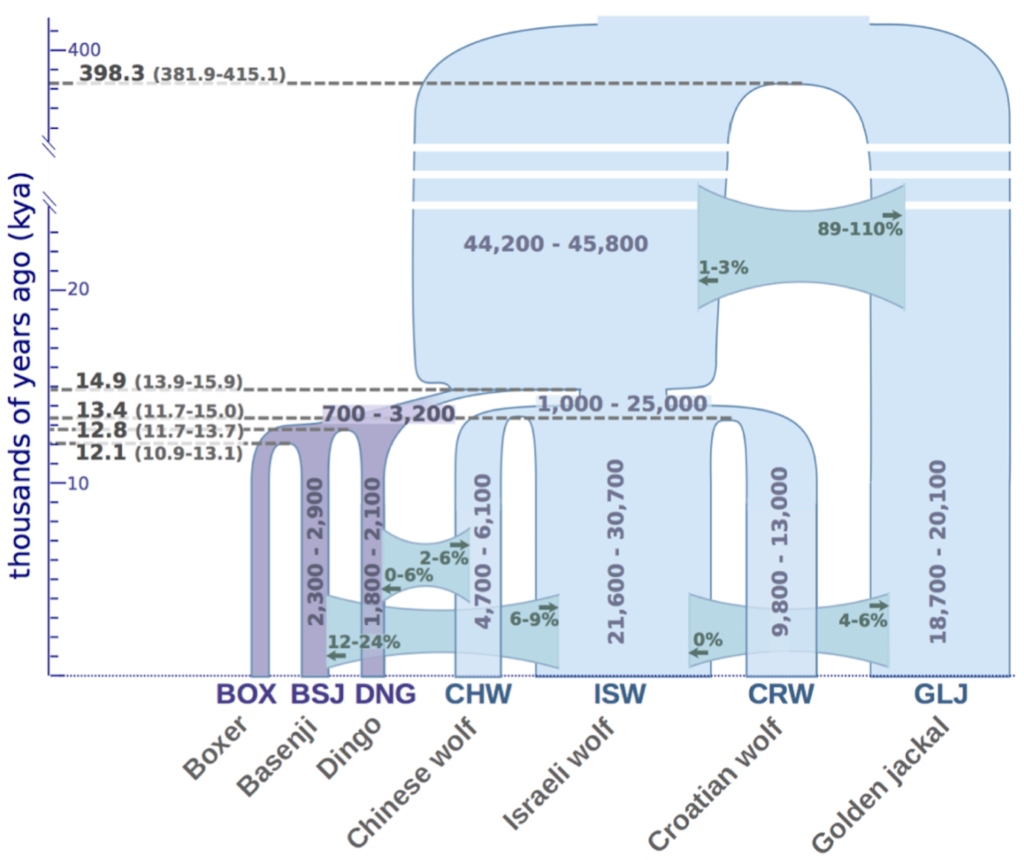 My work at Embark is helping to uncover new and unexpected intrigue in the Basenji’s past. Most domestic dog breeds have been separated from wolves for about 15,000 years. However, the latest research indicates that the Basenji’s ancestors mated with Middle Eastern and North African wolves within the last 10,000 years. This left a lasting legacy in the Basenji’s genes.

We found that the most frequent male lineage of Basenjis, traced using the Y chromosome, is very different from that of other domestic dogs, probably due to the genetic contribution of those early wolves. It appears that the female ancestors of the Basenji took walks on the wild side every now and then.

Starting about 6,000 years ago, ancestors of today’s Basenjis migrated to West and Central Africa. They adapted to life in the forests and lived there more or less unchanged for thousands of years. Fast forward to the 1930s, when some European colonists fell in love with the Basenji. They couldn’t help but bring some of these amazing dogs out of Africa with them. These dogs and their descendants formed what is now the standard American Kennel Club Basenji breed. Americans fell in love with the breed, and they’ve grown a bit in popularity. Basenjis are now the 85th most common AKC breed. With their exotic heritage and notable features, it’s no wonder they’re such cherished companions. 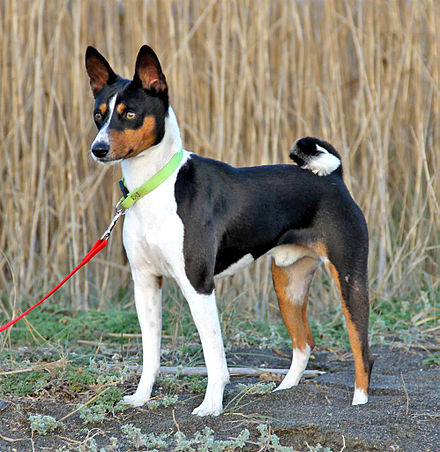 Basenjis are more popular than they once were, but they are still relatively rare compared to other breeds. So the sheer number of shelter dogs labeled as Basenji mixes is suspiciously high. Are Basenjis really as ubiquitous as animal shelter workers believe? Asked another way, are Basenjis as amorously adventurous as the genes on their Y chromosome indicate?

Embark uses a comprehensive reference panel that includes AKC-registered Basenjis, recent Basenji imports from the Congo, and an extensive panel of African village dogs who are the nearest relative of today’s Basenjis. In other words, we know a Basenji or Basenji mix when we see one, genetically speaking.

Penny may be a typical “Basenji mix” 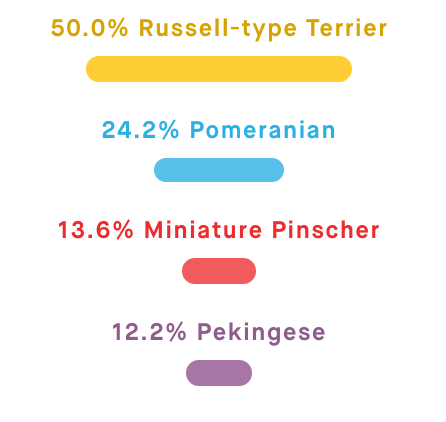 I checked the results of the many mixed breed dogs that Embark has tested. Then, I found some dogs with wolf ancestry and some dogs with village dog ancestry—including from Africa. I found Keeshond mixes, and Borzoi mixes. I found a dog that has Beagle, Saint Bernard, Chow Chow, Siberian Husky, and Keeshond in its breed mix. Later, I even found half a dozen dogs which somehow have both Chihuahua and German Shepherd ancestry! What I could not find were any mutts with actual Basenji ancestry.

Why not? Perhaps people who own Basenjis never cross them with other dogs. Or Basenjis aren’t as promiscuous as we think they are. Possibly people are misled because really mixed mutts often take on a Basenji-ish, ancient dog kind of look? Or perhaps people just think the story of the Basenji is really cool, and they want to tell people at cocktail parties about their “Basenji mix”?

Even though we have found through her test results there is no Basenji ancestry in my dog Penny, the “Terrier-Basenji” mix who is actually a “Terrier-Pomeranian-Pinscher-Pekingese”, I still think she has a cool story to tell!