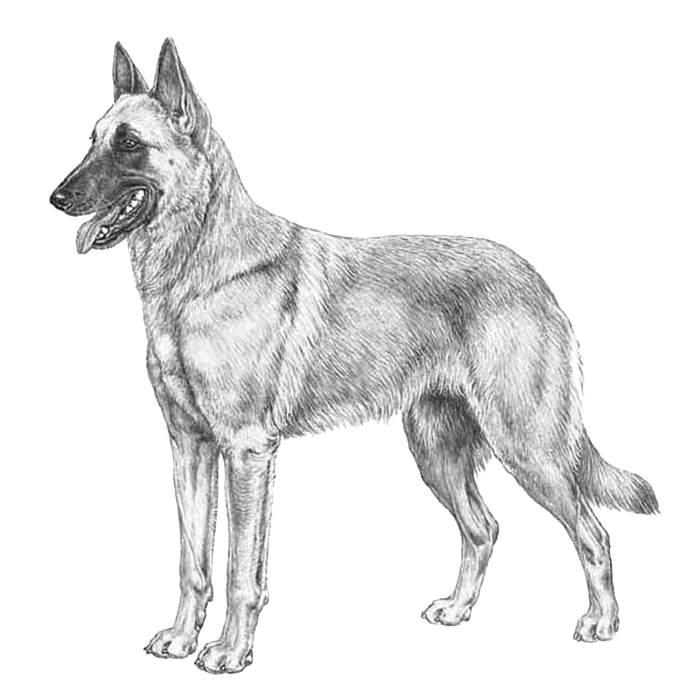 The Belgian Malinois is an impressive working dog. These guys have become a staple within the military and the police force due to their intelligence and drive. They can make wonderful companions as long as they are thoroughly exercised.

The Belgian Malinois gets its name from the Belgian city of Maline, from where the breed originated.

The Belgian Malinois is the ultimate working dog. They were developed during the late 1800’s in Belgium with the intent of creating a highly intelligent dog with a very strong work ethic. The breed has made a statement through its work in the police force and the military. Malinois were Belgium’s first police dogs. American servicemen brought these dogs back to the United States after World War I with the desire to incorporate them into the military.

This is a very smart breed that requires a strong owner in order to tackle their intelligence. Malinois have boundless energy, but can thrive anywhere so long as they are thoroughly exercised on a daily basis.

Their double coat, unfortunately, can result in quite a bit of shedding. These are people oriented dogs that want to be included in all family happenings.