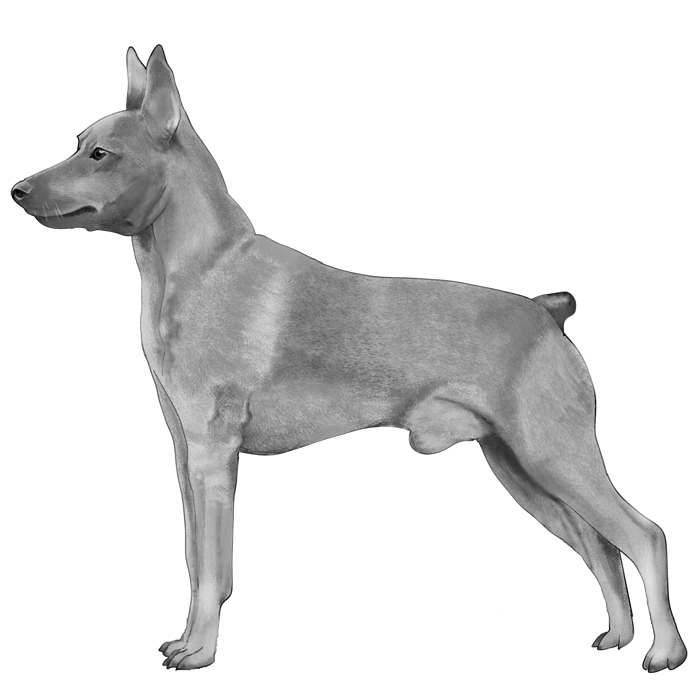 The Miniature Pinscher is a small breed of dog originating from Germany. The breed’s earliest ancestors may have included the German Pinscher mixed with Italian greyhounds and dachshunds.

Unless exceptionally well-trained, Min Pins don't come back when you call them, and often they don't stay where you leave them -- they are artful climbers and clever escape artists.