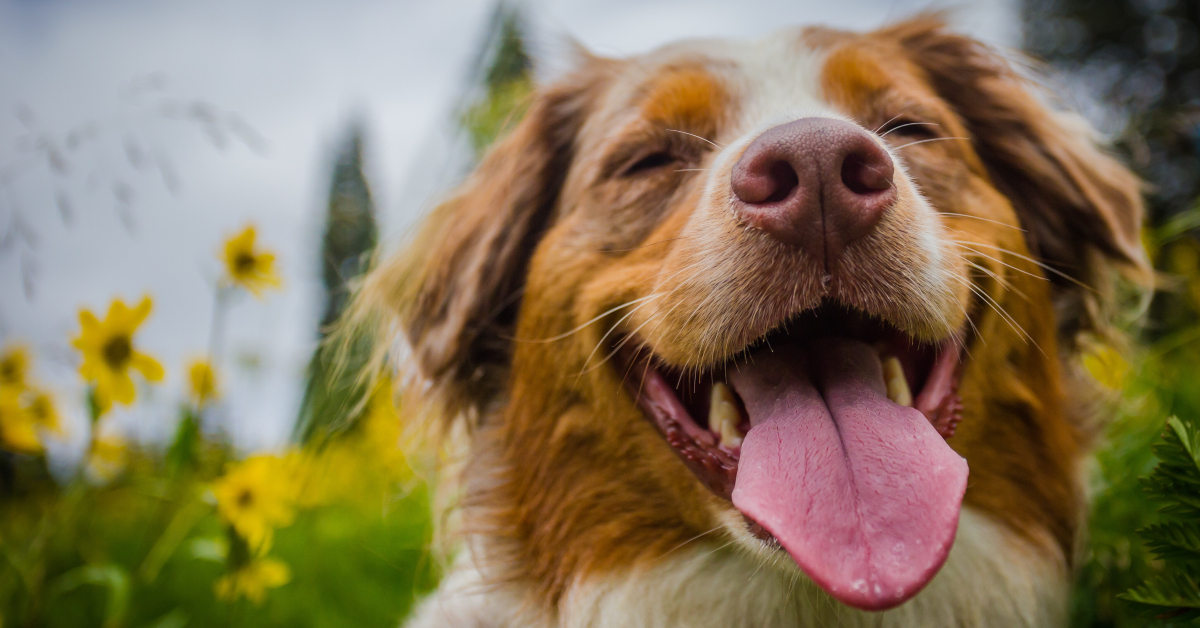 Every day, we hear from Embark customers who are surprised by their dog’s breed results. This often happens with mixed-breed dogs that don’t quite look like you’d imagine based on their breed breakdown.

These expectation-defying differences are possible because of how genetic inheritance works. Just like you, your dog gets one set of genes from its mom and another from its dad. If both are carriers of a recessive gene—such as blue eyes in humans—that recessive gene can be expressed in the offspring.

We see this come to life in many dogs tested with Embark, like Max. His owners suspected he was part Rottweiler thanks to his black and tan coat. However, his DNA test showed that his ancestry is Labrador Retriever, American Staffordshire Terrier, and German Shepherd Dog. As our Chief Science Officer Adam Boyko explains in the video below, Max’s coloring comes from his Lab heritage. Many Labs carry the gene for this black and tan coat, but because it’s recessive, it often isn’t expressed. Instead, the dominant black, tan, or yellow coats that we associate with Labs are typically seen.

But what if your dog displays the physical traits associated with several breeds and their DNA results say they’re purebred?

Take Sunny. His owner thought he was a hound mix, thanks in part to the way he barks. But his Embark test showed that he’s 100% Australian Cattle Dog. Sunny doesn’t have the typical body shape and perky ears of his breed. Still, his DNA fits perfectly in the genetic profile of an ACD. Most likely, Sunny is just a non-conforming ACD, meaning he doesn’t meet the breed standard.

Keep in mind that just because breed standards exist, they aren’t necessarily the rule, and many purebred dogs fall outside the standard. For example, in most dogs, coat length is controlled by a single gene called FGF5. Long hair is a recessive gene, so it needs to be inherited by both parents to be displayed. However, that also means that two short-haired dogs can produce a long-haired pup. This explains why we sometimes see long-haired Dalmatians and Pointers, as well as other breeds for which short hair is the standard. That’s genetics at work.

I adopted my dog from a shelter. How can they be purebred?

Dogs of all kinds—large, small, purebred, mixed breed—can be found at shelters. In fact, it’s estimated that 25 to 30% of the 3.3 million dogs in shelters may be purebred. Plus, there are many rescues that focus on specific breeds, from Golden Retrievers to Bulldogs.

A representative from the Yankee Golden Retriever Rescue told us that their dogs are either rescued internationally or surrendered by locals, and there are lots of reasons why these Goldens—or any dog for that matter—may be given up. The most common ones for this rescue are financial difficulties, moving, illness of the owner or the dog, time constraints, and allergies of a family member (often a new baby).

Additionally, purebred dogs that end up in shelters or rescues often don’t meet their breed standard. Shelters typically identify a dog’s breeds by looks alone, but given how genes are inherited and the many combinations possible, visual identification is quite unreliable. Even trained veterinarians sometimes get it wrong. So just because a shelter tells you a dog is a certain breed or breed mix, genetic data often tells a different story.